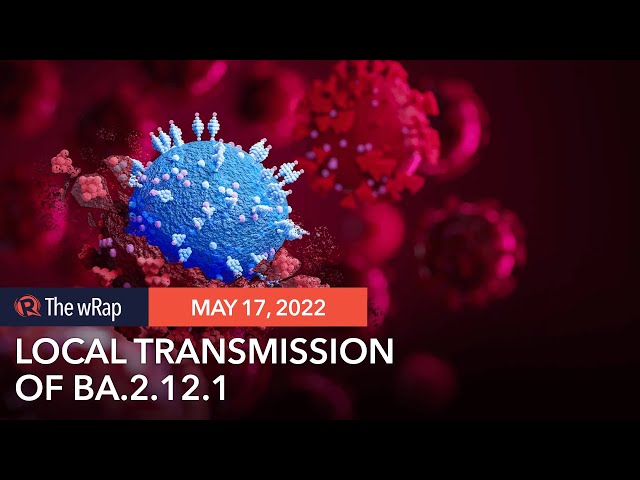 MANILA, Philippines – The Department of Health (DOH) on Tuesday, May 17, confirmed the local transmission of the more contagious Omicron subvariant BA.2.12.1, which is steadily becoming more prominent in the United States.

Health Undersecretary Maria Rosario Vergeire announced this at a press briefing on Tuesday. She said that local government units are now strengthening the four-door strategy to prevent further transmission of the virus.

“There’s local transmission in specific areas in the country,” Vergeire said. She didn’t specify though which areas are these in the country.

Doors 1 and 2 involve strengthening border controls. Door 3 involves strengthening the implementation of the Prevent-Detect-Isolate- Treat-Reintegrate (PDITR), while Door 4 involves ensuring that the country’s healthcare capacity is “ready for a possible surge.”

Local transmission happens “when we can categorically establish that there is no linkage to any of the previous cases, in this case, the imported cases.”

Experts have said BA.2.12.1 has both immune escape and increased transmissibility. BA.2.12.1 spreads easily, experts have said, and it is believed to be up to 27% more transmissible than BA.2, the dominant subvariant of Omicron in the Philippines and the rest of the world.

Currently, there are no studies that suggest that BA.2.12.1 causes more severe disease. It is important to note that this BA.2.12.1 is different from BA.2.12, which was also detected in the Philippines in April. Both are subvariants of Omicron.

As of Tuesday, the Philippines has detected 17 cases of BA.2.12.1. Of the total, 16 are locally acquired while one is a returning overseas Filipino residing in Western Visayas. – Rappler.com