DOH to LGUs, companies: Prioritize older workers in A4 if vaccine supplies limited 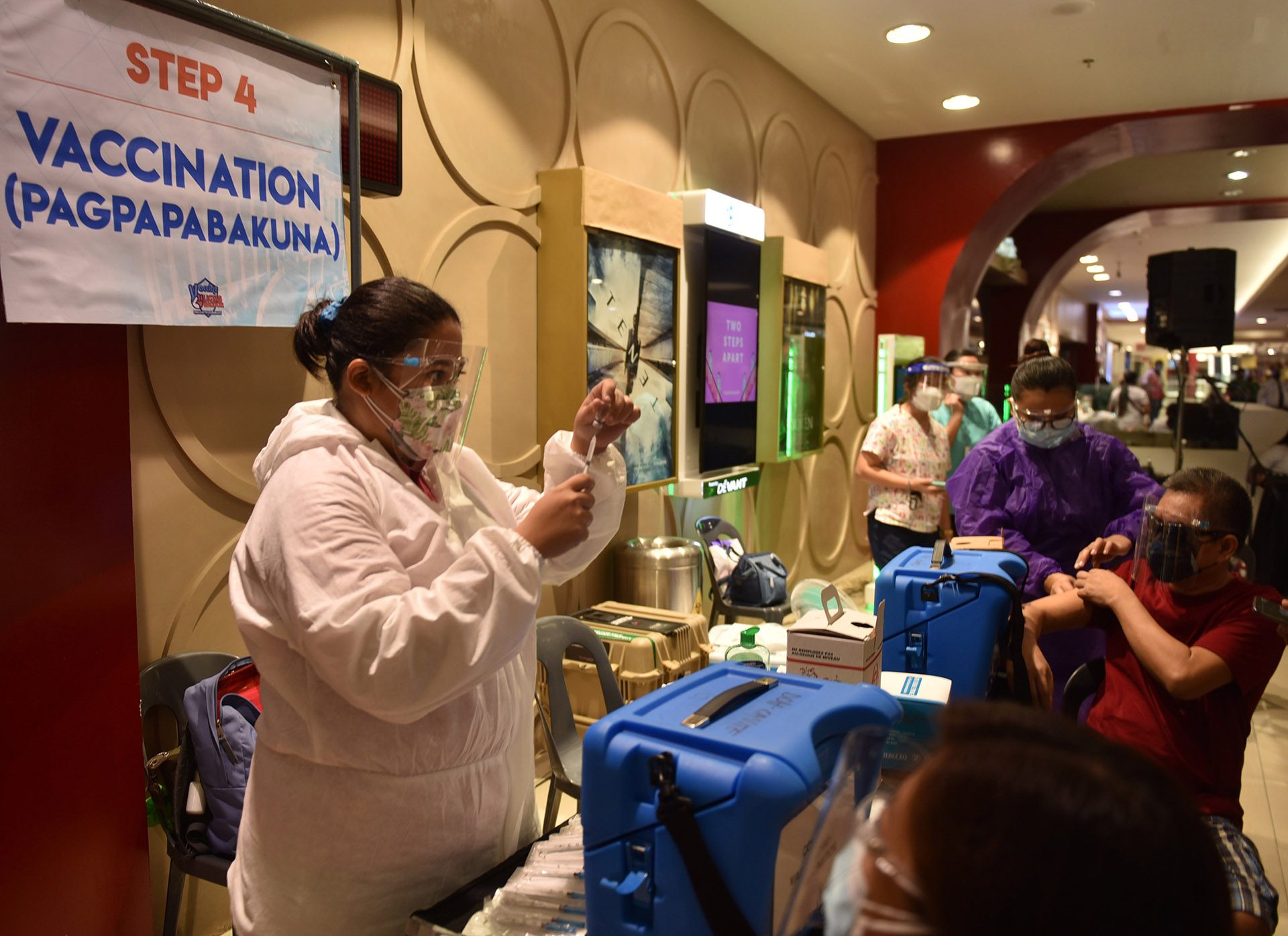 The Department of Health (DOH) advised local governments and companies to prioritize older workers in receiving vaccines if supplies in their communities remained limited as the government began the vaccination of economic frontliners on Monday, June 7.

In a virtual press briefing, Health Undersecretary Maria Rosario Vergeire said the age stratification strategy will be done under the discretion of local government units and companies that were in charge of administering vaccines to the A4 priority group.

“It is in our guidelines… that the workers may be stratified according to age so that we are aligned with prioritizing the vulnerabilities or risks faced with COVID-19,” Vergeire said.

Under Department Memorandum 2021-0259, the DOH specifically stated: “In situations where there is a limited supply of COVID- 19 vaccines, priority may be given to eligible Priority Group A4 workers within 40-59 years old, then to those 18-39 years old.”

Aside from protecting older age groups, Vergeire said the DOH proposed this considering vaccine shipments expected for the month would not be enough to cover workers under the A4 group. The vaccination of economic frontliners is being done simultaneously with the ongoing vaccination of remaining health workers, senior citizens, and persons with comorbidities, which are part of the first three priority groups.

While about 10 million vaccines were expected to arrive in June, some 7 million doses purchased by the government will be available for workers under the A4 group and other eligible populations, while the remaining 3 million doses from COVAX can only be used for priority groups A1, A2, A3.

“We recommended that they may use age stratification so that once vaccines arrive, distribution will be more organized and rationalized,” Vergeire said.

Prioritizing the vaccination of older workers while supplies remain limited is based on findings that the elderly have higher risks of developing severe illness and dying from COVID-19. In a recent briefing, epidemiologist Dr. John Wong earlier said that while individuals aged 50 years old and above comprised about 17% of the population, the represented 81% of all deaths due to COVID-19.

Vergeire said the government’s vaccine cluster will detail operational guidelines to help determine the threshold of when local governments and companies may be able to move on to the vaccination of younger groups.

Aside from prioritizing by age, the government also started the rollout of vaccines for the A4 priority group under a “phased” implementation, where workers in areas considered “high-risk” for COVID-19 will be given vaccines first, followed by the rest of the country.