The Department of National Defense (DND) asked for an additional P28 billion budget to fund its unpaid military pensions from 2000 to 2019.

During the hearing of the House committee on appropriations on Wednesday, September 1, for the DND’s proposed budget, Defense Secretary Delfin Lorenzana said a total of P28,820,467,000 was needed to fund the pensions left unpaid for almost two decades.

This P28 billion is different from the DND’s proposed P75 billion budget for the Armed Forces of the Philippines personnel’s pension under the department’s total proposed budget of P297 billion.

As the country battles the pandemic with over two million confirmed COVID-19 cases and more than 33,000 deaths, the Duterte government has been hard up in cash to finance the unpaid pensions of the military personnel. 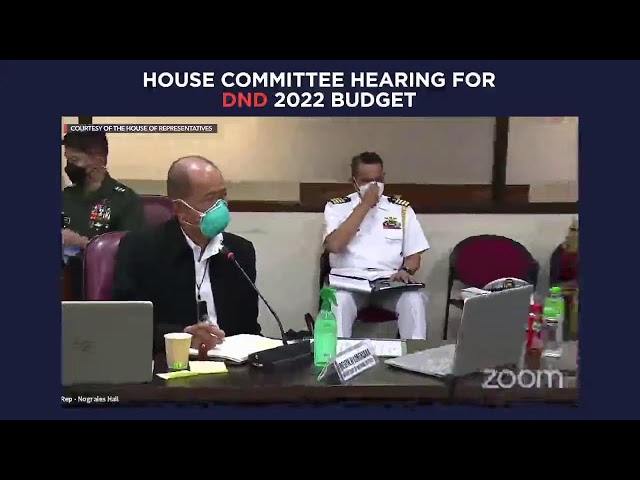 In June, the country’s economic managers urged Congress to pass reforms in the pension of the military and uniformed personnel (MUP). According to the managers, Congress must pass a more sustainable version of the MUP pension reform bill to avoid fiscal fallout in the coming years.

Under the P405.6-billion Bayanihan 3 bill, which seeks to provide financial assistance to the Filipinos mired in the persistent the pandemic, lawmakers had allotted P50 billion to pay the unpaid pensions of military and other uniformed personnel.

According to Marikina 2nd District Representative Stella Quimbo, one of the co-authors of the bill, the bill only seeks to restore the budget allotted for the pension that was cut during the 2020 budget deliberations. The Bayanihan 3 bill has already hurdled the House, but the Senate version has yet to be passed.

Without reforms, over P800-B needed annually to fund pension of soldiers, cops for 20 years

With the present scheme where the military and police don’t pay for their pension, the Government Service Insurance System warned that the Philippines would need to allocate P848.39 billion every year for the next 20 years to pay the pension of these MUPs. – Rappler.com