DepEd to replace damaged learning modules due to typhoons 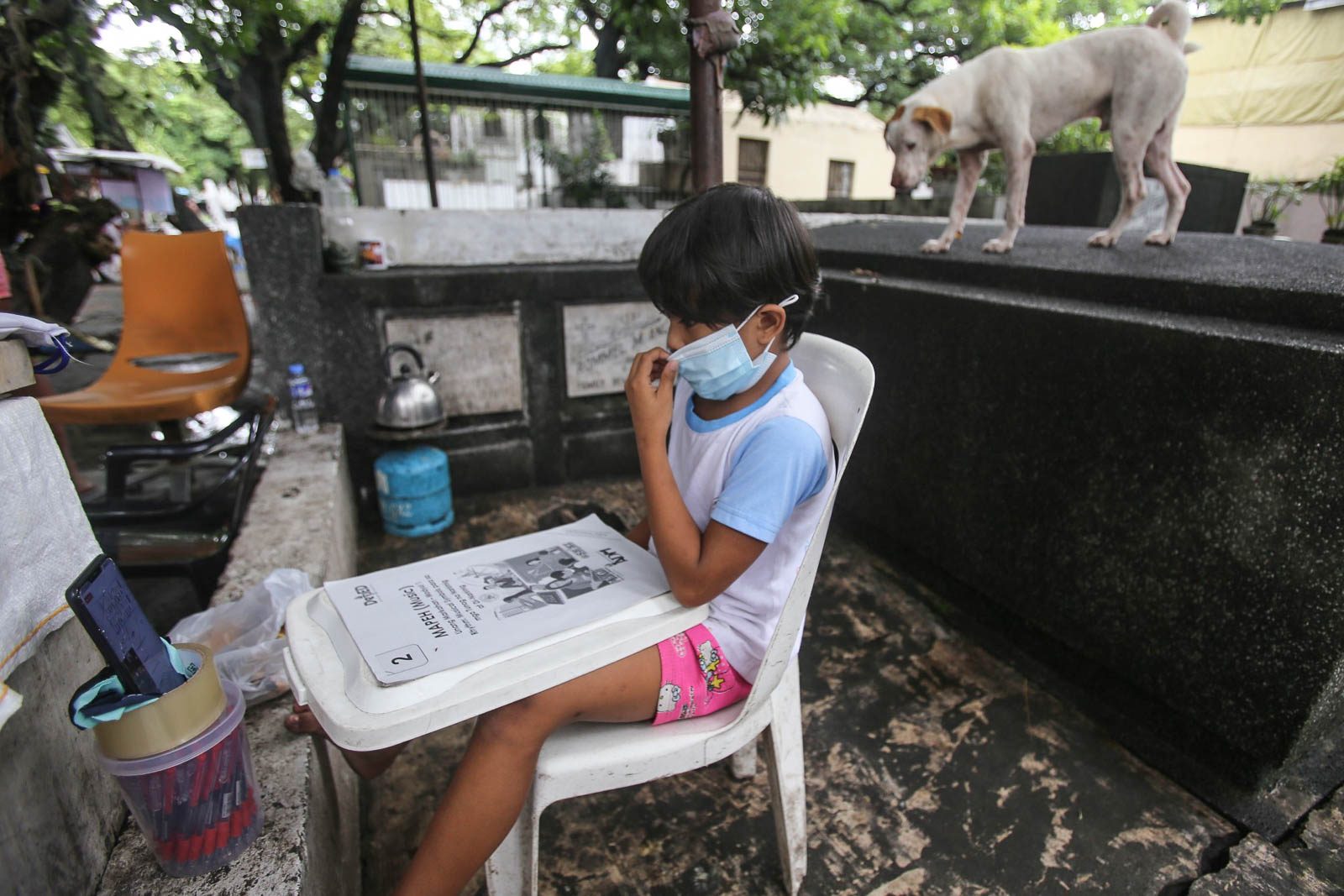 DISTANCE LEARNING. A grade two student in Makati City attends an online class outside their house inside the Manila South Cemetery on October 15, 2020.

Facebook Twitter Copy URL
Copied
Education Undersecretary Anne Sevilla did not disclose an amount yet, saying DepEd has identified a funding source in the central office for the replacement of damaged modules

The Department of Education (DepEd) said on Monday, November 16, that it will replace self-learning modules (SLMs) damaged by consecutive typhoons that hit the country.

In a Viber message to reporters, Education Undersecretary Anne Sevilla said that they are collating reports from field units on the damaged learning materials and “DepEd Central office through [its] finance [unit] will release additional funds for them to replace/reproduce damaged SLMs.”

Sevilla did not disclose an amount yet, saying DepEd has identified a funding source in the central office for the replacement of damaged SLMs.

“We ready to download/supplement the financial resources of DepEd Regions and Schools Division Offices affected by the recent calamities,” she added.

Super Typhoon Rolly, which came in early November, damaged to at least 226 schools. Still unrecovered from the hammering of Rolly, Luzon on November 11 bore the brunt of yet another storm – Typhoon Ulysses.

There were reports of SLMs being washed away by flood or getting soaked in the water due to heavy rains.

After Rolly’s onslaught, Education Secretary Leonor Briones gave assurances that the production of SLMs would not be affected though some schools reported that their modules were damaged.

Briones irked the public after her remarks that schools should have to solve on their own the problem of damaged learning modules caused by the typhoon by drying these under the sun, or using a flat iron.

The DepEd said that it has since “reallocated the funds for the needs of those affected by typhoons Rolly and Ulysses and the ongoing COVID-19 effort for our employees.”

Sevilla told reporters on Monday that DepEd has “downloaded and will continue to download funds to affected regions [or school division offices] to cover conduct of clean-ups and psychosocial aid; and provision of hygiene kits.”

Schools in the country are implementing a distance learning system – a mix of online classes and printed learning modules – during the coronavirus pandemic following President Rodrigo Duterte’s directive to suspend face-to-face classes until a vaccine becomes available. – Rappler.com