DepEd to give teachers 3 months’ worth of internet load 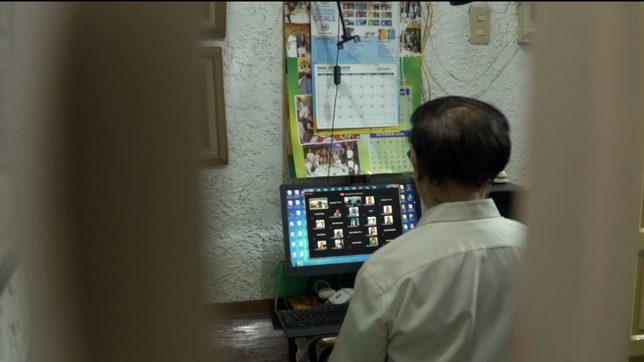 NEVER TOO OLD. Reynaldo Balberde, a 61-year-old public school teacher, learns his way around technology as distance learning is adopted during the pandemic.

The Department of Education (DepEd) said on Friday, May 14, that it will give teachers enough internet load for three to six months.

In a statement sent to media, the DepEd said that it has started the procurement process of the internet load, with 30 to 35 gigabytes (GB) worth of data per month, for public school teachers.

The DepEd said that teachers should expect this by June. In a Viber message to reporters, Education Undersecretary Anne Sevilla said that the department has allocated P1.2 billion for the internet load of teachers. There are over 860,000 public school teachers in the country.

IN NUMBERS: School opening during a pandemic “We will begin to roll out by next month. We will be asking our teachers to register in DepEd Commons so they will be provided load in their mobile phones,” Education Undersecretary Alain Pascua said in a mix of English and Filipino.

The DepEd said that unused data will be rolled over to the following months with one year validity until the teachers fully consume the 100 GB.

Since the opening of classes on October 5, teachers from public schools have taken it upon themselves to launch donation drives to raise funds for bond paper and printers for the reproduction of learning modules.

The DepEd earlier said it was eyeing August 23 as class opening for school year 2021-2022. If this pushes through, students would only have a six-week break – shorter from the usual two months. The current school year will end on July 10.

It’s not yet certain if the next school year will also use the distance learning system, which has been criticized as the country appeared to be not fully prepared for it.

Several lawmakers and groups have been pushing for the resumption of limited face-to-face classes to “finetune” the system.