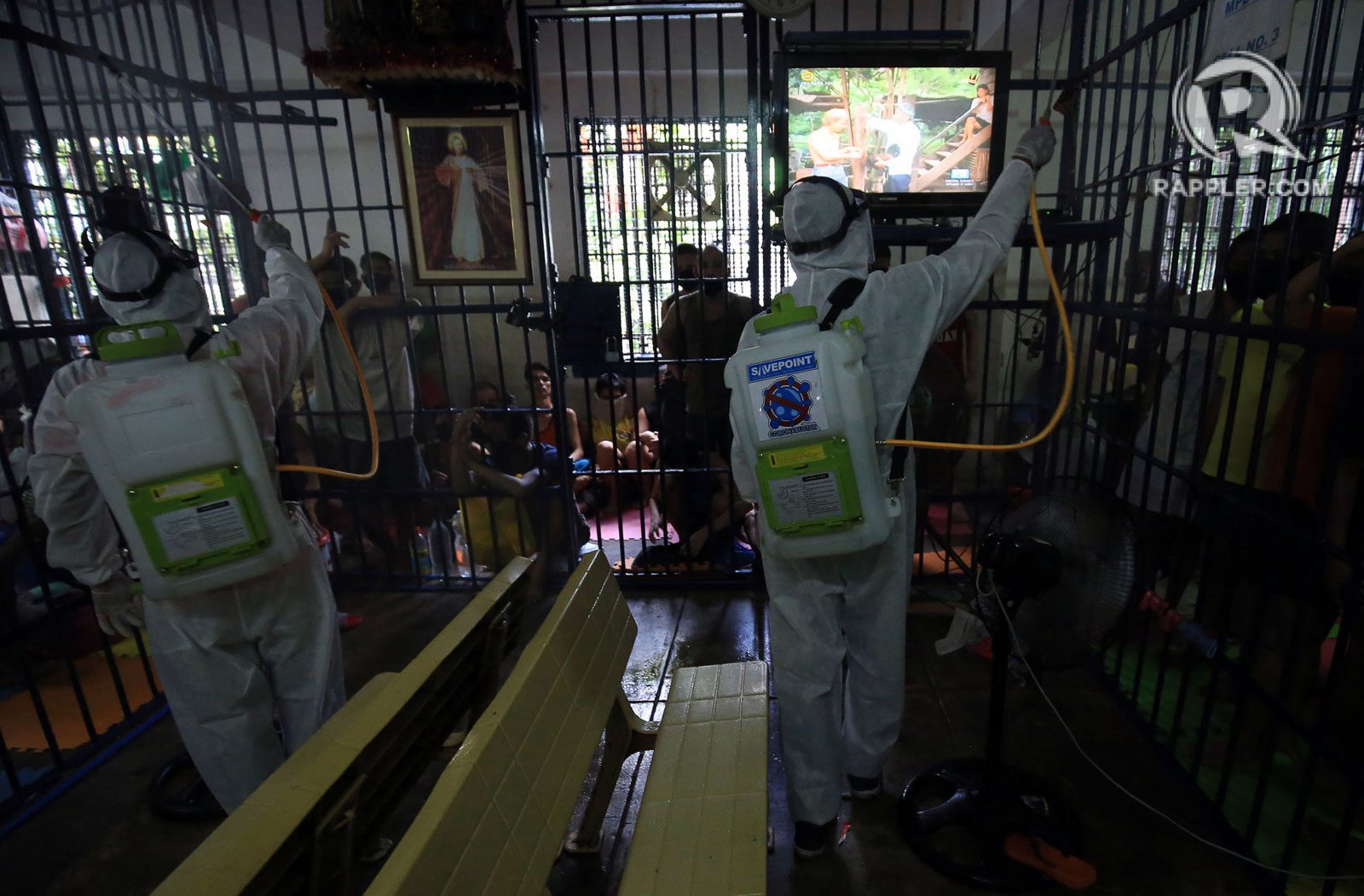 DETENTION. The Manila Police District disinfects their jail on April 17, 2020, as precautionary measure against the spread of COVID-19

Facebook Twitter Copy URL
Copied
According to data from the Philippine National Police Internal Affairs Service, 4 detainees died of COVID-19, contradicting the PNP's earlier announcement that none of their detainees caught the virus

Of the 131 deaths, 4 are due to the COVID-19, contradicting the earlier claim of the PNP that they have no detainees who contracted the disease.

In a text message to Rappler on Thursday, July 23, PNP IAS Inspector General Alfegar Triambulo said that the 127 others died due to the following causes:

Triambulo said the IAS is investigating the physical injuries cases just in case there was foul play involved.

The IAS’ disclosure of the death tally came after the Supreme Court ordered judges across the Philippines not to issue commitment orders to jails, effectively having all alleged law violators detained in already cramped detention cells in police stations and precincts.

With the PNP making hundreds of arrests per day even under lockdown, their already overcroded detention cells are expected to be even more packed.

Rights group Commonwealth Human Rights Initiative (CHRI) has been urging nations to decongest prisons during the pandemic, and one of its top recommendation was to not send more people to jail.  – Rappler.com