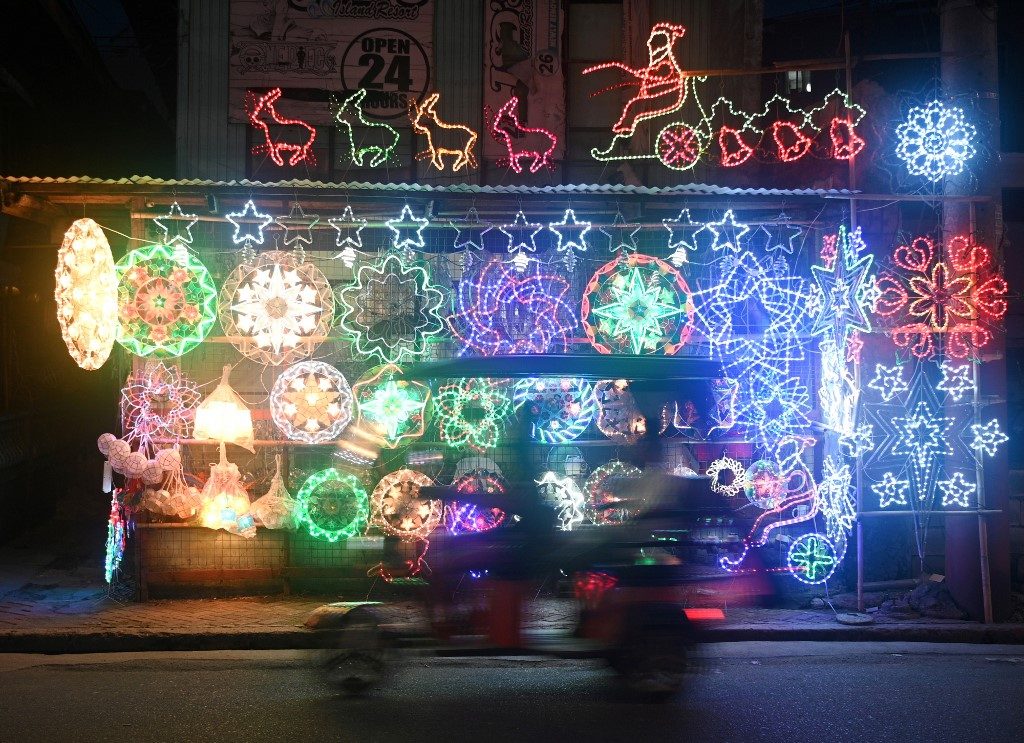 HOLIDAYS. This photo taken on November 5, 2020 shows lanterns and lit ornaments for sale during the festive season at a shop in San Fernando town in Pampanga province. Photo by Ted Aljibe/AFP

The Department of the Interior and Local Government (DILG) told local government units on Wednesday, December 9, to pass ordinances banning karaoke and caroling activities during the holiday season.

DILG Undersecretary Epimaco Densing said this was part of measures being taken by the agency to prepare for the Christmas season, which experts and officials fear, could lead to a new surge in COVID-19 cases.

“While we want you to enjoy Christmas together with your families, there are certain activities we discourage you to do because these are activities that could possibly spread the COVID-19 virus,” Densing said during a briefing hosted by the Department of Health.

The DOH earlier warned that karaoke and caroling were among activities that have higher risks of transmitting COVID-19. Both are common and popular activities during celebrations.

The DILG’s latest order is an extension of similar ordinances recommended last October, where karaoke and other neighborhood noise that can distract students who are attending online classes from home was banned.

Aside from this, Densing said the DILG asked local chief executives to issue orders reiterating a ban on mass gatherings that may become venues for the spread of the virus.

Once these are issued, Densing said police and barangay officials could enforce the orders by disassembling reported gatherings that violate health and safety protocols. Violators may likewise face penalties, based on the orders passed in their corresponding communities.

“Everybody is forewarned of this possibility this coming Christmas season,” he said.

Densing said hotlines will be set up for the public to report gatherings and activities that violate holiday safety guidelines. – Rappler.com