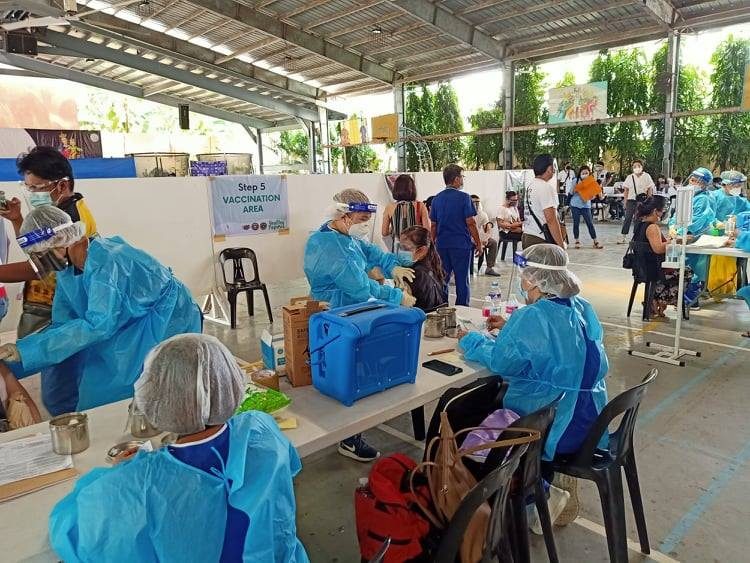 The Department of the Interior and Local Government (DILG) will ask Parañaque Mayor Edwin Olivarez to explain why actor Mark Anthony Fernandez and a city councilor got COVID-19 vaccine jabs ahead of frontliners in his city.

In an interview with state-run PTV-4 on Thursday, March 25, Interior Undersecretary Epimaco Densing III said that the agency will issue a show-cause order to Olivarez on Thursday afternoon.

(It is his command responsibility to ensure that the local government follows our vaccination plan. It is infuriating and disheartening for our countrymen. We should prioritize our frontline workers.)

Olivarez earlier explained that the city government already inoculated all of its healthcare staff, putting Fernandez next in line in the vaccination list for being a person with comorbidities. He said the actor suffered from hypertension and depression.

Densing brushed aside what he called the mayor’s “excuse.”

He said that on top of Fernandez, he received information on Thursday morning that a Parañaque councilor – who is also not a frontliner – got vaccinated on Wednesday afternoon, March 24.

President Rodrigo Duterte called our the mayors in a televised address on Wednesday night, along with 4 other mayors – Elanito Peña of Minglanilla, Cebu; Victoriano Torres III of Alicia, Bohol; Virgilio Mendez of San Miguel, Bohol; and Arturo Piollo II of Lila, Bohol.

Densing said the DILG plans to also issue a show-cause order against the 4 mayors and two other local chief executives once the agency verifies that indeed cut the vaccine line.

He added that the local chief executives would face an administrative complaint before the Office of the Ombudman if they do not provide a sufficient explanation within 3 days after they receive the show-cause orders.

Densing said, however, that the mayors who cut the vaccine line will still get a second vaccine shot despite the violation.

Densing also sounded the alarm over how LGUs choose substitutes in the event that the original vaccine recipient backs out from taking the jab.

“Either nagpalakasan o nagkapabayaan – hindi natin malaman – so nagiging kaduda-duda po ‘yung kanilang subsitution list (Their substitution list has become suspicious. Either someone did not do his job or someone used his connections. We do not know.),” Densing said.

The Department of Health earlier warned that administering the scarce shots to people who are not on the priority list may jeopardize succeeding doses to be given by global vaccine-sharing alliance COVAX facility.

The Philippines expects to receive donated vaccines from COVAX enough to immunize up to 20% of its population against COVID-19 in 2021. – Rappler.com