TRACING. In this file photo, contact tracers bring residents to a swab testing area after Canada Street in Brgy. San Dionisio in Paranaque is placed in granular lockdown on July 29, 2021, due to a suspected case of the Delta variant of COVID-19.

Tracing czar and Baguio City Mayor Benjamin Magalong told the House of Representatives health panel that the lack of funding to renew contracts and hire more tracers was now a major issue of the Philippines’ contact tracing program, especially as the need for more aggressive contact tracing grows.

DILG Undersecretary Epimaco Densing III added the Department of the Interior and Local Government needed at least P5 to P7 billion to rehire contact tracers and extend contracts of those currently hired up until the end of the year. The agency was able to hire about 50,000 tracers in the past year, though contracts of only 30% have been extended.

Densing said Interior Secretary Eduardo Año was coordinating with the Department of Budget and Management to source funds from the exiting 2021 budget, which could be realigned for the hiring of tracers. He also expressed the DILG’s support for the passage of Bayanihan 3 which may provide additional funding for tracers.

Magalong said additional funds were needed to further extend the contracts of tracers currently hired until the end of 2021, as well as to hire more tracers.

“This is something very critical because of the threat of the Delta variant,” he added. 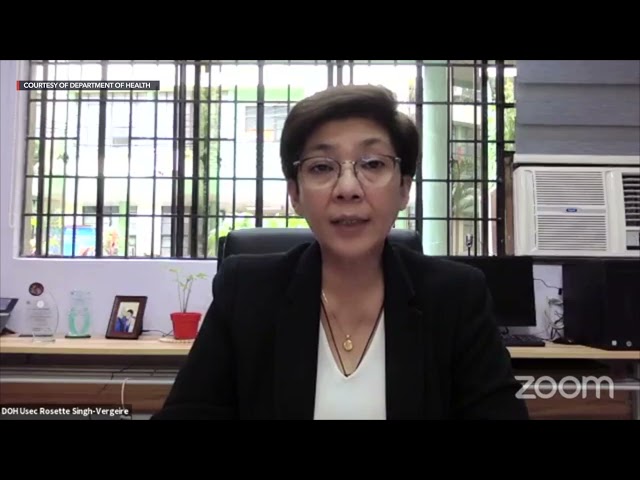 During the hearing, Cavite 5th District Representative Dahlia Loyola appealed to the DILG to give more urgency to the hiring of tracers, saying local workers on the ground were overwhelmed with the increasing number of infections.

“Us here in the grassroots see the trend already of the Delta variant. Even if these haven’t been genome (sequenced), we feel these (effects) as more and more entire families are effected so it is a big thing to lose contact tracers,” Loyola said in a mix of English and Filipino. On Wednesday, Magalong told lawmakers contact tracing had seen a “big improvement” in the past months as local governments were able to bring back the contact tracing ratio to 1:7, or seven close contacts traced per one positive case.

This was an increase from the low 1:3 ratio seen by the end of March, just as the Philippines saw a second surge in cases and from the average ratio seen throughout the past year.

“Since the start of the pandemic we were just oscillating between 1:3 and 1:5, and sometimes 1:6. But this, for almost a month now we were able to hit a 1:7 contact tracing ratio,” Magalong said.

Magalong said the country’s standard for contact tracing was also lowered to 1:15 from 1:37 to “adapt to the operating environment.” He added that the ratio of 37 contacts traced per one case was computed when cases were still low and each positive case could be managed by some four contact tracers.

“With all these surges in cases, nabaliktad na po yung sitaution (the situation has flipped). One particular contact tracer is now handling around eight cases per day and sometimes I see some contact tracers handling a dozen cases per day. They are overwhelmed with the daily number of cases,” he added.

In line with efforts to try and improve the country’s contact tracing efforts, Magalong said the DILG Local Government Academy started a retraining program for cities and municipalities.

The program is targeting to train 56,303 contact tracers but so far it has only been able to train 6,291 tracers in the past month.

Aside from the lack of personnel to beef up tracing, Magalong said the following challenges to improving contact tracing in the Philippines remain:

Experts Rappler spoke to have long pointed out that a shortage of manpower and weak internet connectivity have hampered the country’s response to the pandemic in several health-related areas, including contact tracing.

Magalong’s report comes as the Philippines is scheduled to reimpose a lockdown in Metro Manila from August 6 to 20 in an effort to mitigate a possible severe increase in infections that could be fueled by Delta. – Rappler.com