CHECKPOINT. Members of the Laguna and Quezon police inspect vehicles passing through a checkpoint at the border of San Pablo City and Tiaong on August 2, 2021.

Four days before clamping a lockdown on Metro Manila, the Department of the Interior and Local Government (DILG) said Monday, August 2, that it would implement a “one passenger, per one tricycle” policy in areas under the rigid enhanced community quarantine (ECQ).

(Even the tricycles would be allowed to operate during the lockdown, but these should have only one passenger per trip.)

According to Malaya, the rest of the public transportations would be allowed during the ECQ to enable residents to move around in their areas. There were also no significant changes in the rules for other public utility vehicles, according to Malaya.

(The people need to have mobility so they could be vaccinated. That is why we are maintaining the level of public transportation now.)

Malacañang announced last week that Metro Manila would be placed under ECQ for the third time since quarantine measures were implemented to curb the spread of COVID-19 in 2020.

The strict lockdown in the megalopolis that is the National Capital Region would be from August 6 to 20, this time targeting to thwart the more virulent Delta variant of COVID-19.

The DILG spokesperson also said that there would be an “NCR Plus travel bubble.” He said authorized persons outside residence (APOR) would be allowed to travel freely in the NCR Plus area.

The NCR Plus zone included Metro Manila, and the nearby provinces of Bulacan, Cavite, Laguna, and Rizal.

There would also be border checkpoints, added the interior spokesperson. 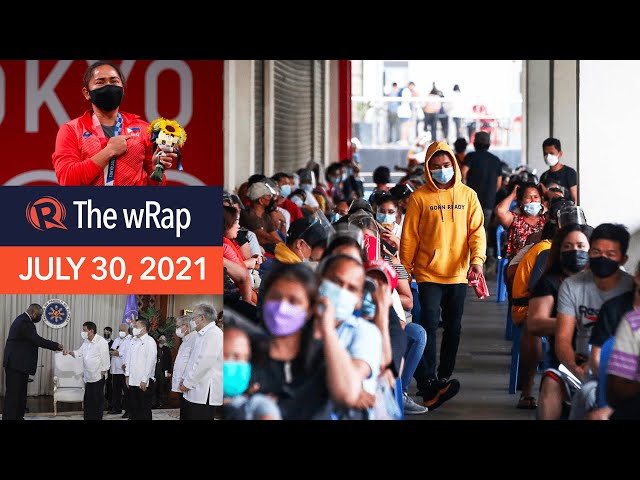 Malaya also said that the previous Interagency Task Force (IATF) identification cards (ID) could also be reused by APORs. Company IDs would also be accepted as a proof that an individual is an APOR.

On Saturday, July 31, the DILG instructed the Philippine National Police to implement border controls in the NCR Plus ahead of the lockdown. However, on Monday, traffic build up in border areas was reported.

According to Malaya, they were implementing adjustments to address the problem.

(We’re already making adjustments to remedy that problem. But definitely, most of them were trying their luck to pass through)

On Monday, the health department announced that it was working on the assumption that there was already a community transmission of COVID-19 Delta variant in the country. As of August 1, the country recorded more than 1.5 million confirmed cases of COVID-19, with more than 28,000 deaths due to complications related to the virus. – Rappler.com