Only one person’s signature was needed so that hundreds of Manobo-Pulangihon tribal families could return and rebuild their homes in what used to be their village in Quezon town, Bukidnon province – that of National Commission on Indigenous Peoples (NCIP) Chairman Allen Capuyan.

That was the consensus when representatives of the displaced families from Kiantig Butong met with officials of the provincial government of Bukidnon and the NCIP on Tuesday, July 27, to discuss their ancestral domain claims over a 995-hectare property in Barangay Kiantig Butong and San Jose in Quezon.

The families were ejected from the village in 2017, based on a Forest Land Graze Management Agreement (FLGMA) secured by the company Kiantig Development Corporation (KDC).

The group of families, led by Rolando Anglao, head of the Kiantig Manobo-Pulangihon Tribal Association, said close to 1,000 families had been displaced since 2017 after KDC took control of their village. Incidentally, the president of KDC is Pablo Lorenzo III, the mayor of Quezon town. Neither Lorenzo nor other KDC executives attended the July 27 dialogue.

The company’s FLGMA was not renewed by the Department of Environment and Natural Resources (DENR), and despite being notified in 2018 that the property was already under the authority of the NCIP, KDC refused to vacate it.

In 2018, Provincial Environment Natural Resources Officer Vergilino Alima wrote to KDC to inform the firm that the property was part of an ancestral domain and that an indigenous peoples’ group has long been claiming it.

Anglao demanded that they be allowed to return based on their application for a certificate of ancestral domain claim (CADC) still being processed at the NCIP.

Lawyer Alberto Lagamon, a legal consultant of the provincial government, said it was a “shame” that none of the concerned government agencies dared to eject KDC from the property.

“We are the government here and yet we were unable to remove them (KDC),” Lagamon said.

Lagamon said the NCIP should first issue a certification that the property is an ancestral land so that the families could return.

Displaced Maranaos to government: ‘Compensate us’ 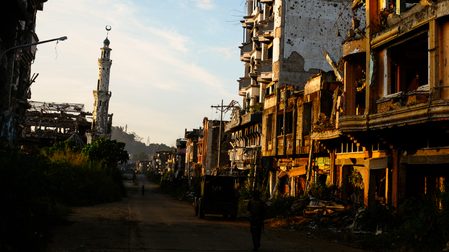 Lagamon said the required land survey was already done, and NCIP can now issue the certificate subject to the processing of the land.

He said the Department of Agrarian Reform (DAR) should also issue another certification that there were no overlapping claims and that there was no certificate of land ownership award (CLOA) given to another party.

The DENR, DAR, and NCIP are the three government agencies that have the power to issue land tenurial titles. Overlapping land claims and multiple land titles issued by the three agencies have often led to land disputes, community displacements, and violence.

Lagamon said the DENR has already certified that the area was already under the NCIP’s jurisdiction.

Reymond Pimentel, officer-in-charge of NCIP’s Community Service Center based in Maramag town, said only the NCIP head could sign the required CADC.

“This is not in our level,” said Pimentel, but he added that the processing of papers was delayed due to the COVID-19 pandemic.

Arnel Angcosin, secretary-general of the Kiantig Manobo-Pulangihon Tribal Association, said they were “just one step closer to getting our land title (CADT),” and all that was needed was for Capuyan to act on their claim.

Angcosin said they have complied with all the documentary and other requirements, and he could not understand the delay.

“That’s the problem – the NCIP gave us assurances, but they slept on it for years,” Anglao said. – Rappler.com