Displaced Maranaos to government: ‘Compensate us’ Facebook Twitter Copy URL
Copied
Days before President Duterte's 6th and last SONA, Marawi City’s leaders and displaced residents say it's time the government helps them rebuild by compensating them for their losses during the 2017 Marawi siege

Marawi City’s leaders and displaced residents have called on President Rodrigo Duterte and Congress to make the Marawi Compensation Bill a priority days before the Chief Executive’s final State of the Nation Address (SONA).

Duterte is set to make his 6th and last SONA on Monday, July 26, and the internally displaced persons (IDPs) said it was about time the government helped them rebuild by compensating them for their losses during the 2017 Marawi siege.

Lanao del Sur 1st District Representative Ansaruddin Adiong filed House Bill 7711 that seeks monetary compensation for those who once lived and did business in Marawi’s “Main Affected Area” (MAA) during the five months of bombardment, and fightings between government troops and the extremist Maute group. 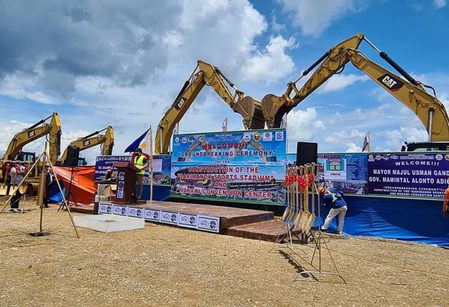 But the bill has yet to be discussed in the House plenary even after it hurdled committee deliberations. It also has no Senate counterpart.

Pacasum is now working under the Marawi Reconstruction Conflict Watch (MRCW) which is part of the Marawi Compensation Advocates, a broad coalition of 15 civil society organizations.

Pacasum said he was worried that Maranaos would continue seeing government inaction which he was convinced would lead to more frustrations and breed extremism.

“If we look back, there were too many broken promises, and too many schedules that did not push through,” he told Rappler.

Pacasum also criticized the TFMB for repeatedly claiming that the government was 60% done with the Marawi rehabilitation work.

“Probably, the roads (are 60% complete). Hopefully, there will be a miracle so we could see completion before Duterte steps down,” he added. Drieza Lininding, leader of the Moro Consensus Group (MCG), said what the government should do is allow the displaced residents who have the means to rebuild their homes “because they are capable of rebuilding.”

He said any compensation from the government would help the IDPs jumpstart the massive reconstruction.

“We have lived in Marawi for centuries… Allow us, residents, to rebuild our city back to its former glory,” Lininding appealed to the government.

He added: “More than ever is the need to pass the Marawi Compensation Act. It will be the most important government intervention for Marawi. Failure to pass means a total failure on the rehabilitation process in Marawi.”

Hamidullah Atar of RIDO Inc. said the government should help Marawi because Lake Lanao, the primary source of Mindanao’s hydroelectric power, is located there.

The power generated from lake, he said, has made Mindanao what it is today.

Atar said that if the government was sincere in its call for peace, then government should offer the compensation package for Marawi.

Data from Marawi City’s Office of the Building Official showed that of the 2,400 applications for a building permit, only 500 were approved. About 200 completed their constructions and were given occupancy certificates.

Del Rosario added that residents in Sectors 4 to 7 would be allowed to rebuild their homes by October once the construction of the entire road network has been completed. – Rappler.com