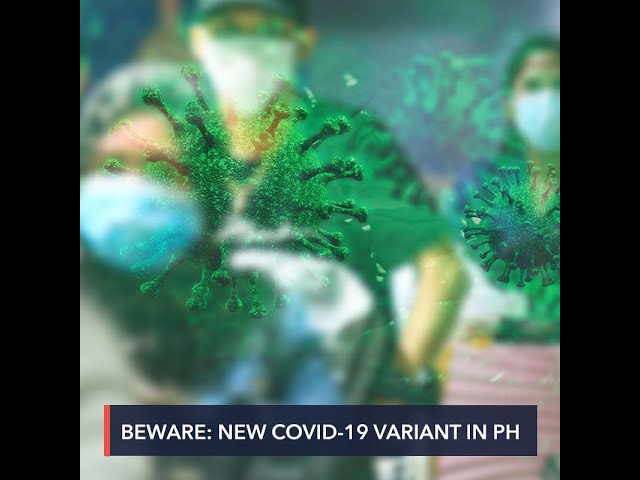 The Department of Health (DOH) on Wednesday night, January 13, confirmed the presence of the United Kingdom (UK) COVID-19 variant in the country after samples from a Filipino who arrived from the United Arab Emirates on January 7 yielded positive genome sequencing results.

The DOH said the case involves a 29-year-old male resident of Kamuning, Quezon City, who departed for Dubai on December 27 for business purposes and came back to the Philippines last January 7 via Emirates Flight No. EK 332.

During his trip, the case was also accompanied by his female partner, who tested negative for COVID-19 upon arrival. The female is currently under strict quarantine and monitoring, according to the DOH.

“Both of the returning Filipinos had no exposure to a confirmed case prior to their departure to Dubai nor had any travel activities outside Quezon City,” the DOH said.

“Immediate contact tracing was done in close coordination with the QC government, and the initially identified contacts are asymptomatic and currently under strict home quarantine,” it added.

In a taped cabinet meeting with President Rodrigo Duterte aired on Wednesday night, Health Secretary Francisco Duque III said the case, who is a real estate agent, visited malls, groceries, and tourist sites in Dubai together with his partner.

The UK variant known as B117 – believed to be more infectious than the original variant of the virus – was first detected in the United Kingdom in September 2020. In November, around a quarter of the reported COVID-19 cases in the country were found to be of the new variant of the SARS-CoV-2, the virus that causes COVID-19.

According to scientists, the new variant does not appear to be “more deadly” than the original variant. However, it leads to an increased viral load inside a person’s respiratory tract so it spreads more easily when people talk or cough.

However, a study by the Imperial College of London – which is yet to be peer-reviewed – revealed that B117 is prevalent among the 10-19 age group, with more coronavirus cases in that age group being found to involve the new variant.

The DOH said that it has secured the flight manifest of the flight in question, and contact tracing of other passengers is now underway.

It advised those who were aboard the flight to get in touch with their respective barangay health response teams.

The DOH said that it has also coordinated with the Department of the Interior and Local Government for the expansion of contact tracing to include third-generation close contacts for known B117 cases.

“All close contacts of confirmed B117 cases shall also undergo strict 14-day facility-based quarantine,” it added.

In a statement on Wednesday night, the Quezon City government said that the patient’s immediate household contacts have been brought to an isolation facility where they were also tested.

“We have to remain cautious and vigilant to avert the spread of this new variant. What is important is we take care of the resident, and make sure we don’t sow panic in the community,” Mayor Joy Belmonte said.

“We are doing everything we can to trace and isolate, knowing fully well that this variant is more contagious but not more virulent,” she added.

To ramp up the country’s monitoring for the new COVID-19 variants, the DOH said on Wednesday that it has started its biogenomic surveillance or collection of samples from the vulnerable and at-risk sectors that will undergo genome sequencing.

The DOH said last week that aside from the UK variant, it was also monitoring other variants of the virus found in South Africa (501Y.V2) and Malaysia (A701B). – Rappler.com