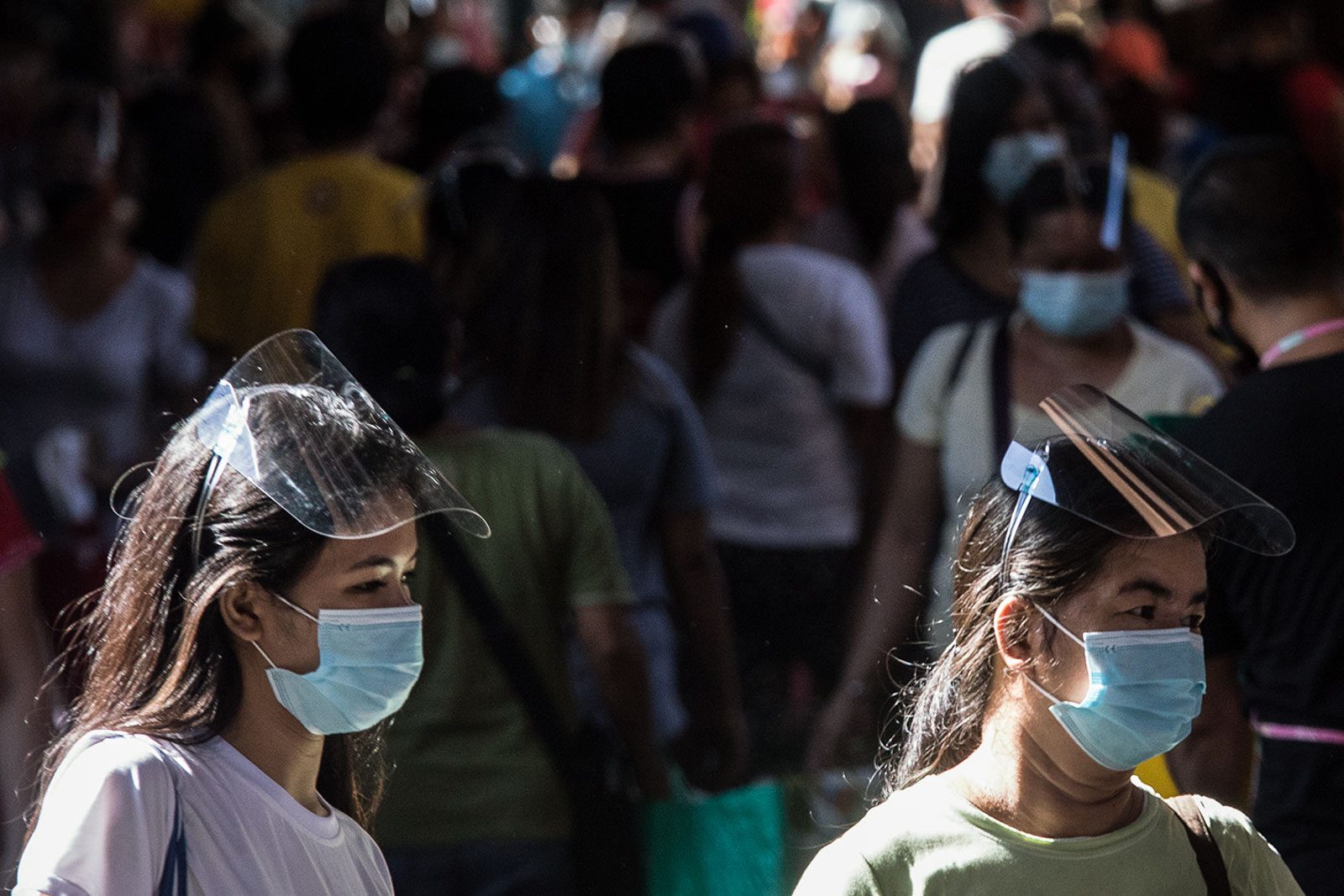 Facebook Twitter Copy URL
Copied
The Department of Health says the effects of the interventions, such as the 'NCR Plus' bubble, can be seen in 2 to 3 weeks

As COVID-19 cases in the country continue to rise, a Department of Health (DOH) official said on Wednesday, March 24, that cities in virus epicenter Metro Manila are now at “high to critical risk.”

In a virtual press briefing on Wednesday morning, Dr Alethea de Guzman of the DOH Epidemiology Bureau said that a number of cities in the capital region had experienced a 200% rise in COVID-19 cases from the previous weeks.

The DOH classified these cities as critical:

All other cities in Metro Manila are classified as “high risk,” the DOH said. On Monday, the DOH said that the more infectious variants of COVID-19, such as the United Kingdom (B117) and South Africa (B1351), are now present in all cities in Metro Manila.

Health Undersecretary Maria Rosario Vergeire said these variants had helped drive the surge of COVID-19 cases in the capital region, but she stressed the public’s non-compliance with health protocols was still the “root cause.”

Effects of interventions can be seen in 2 to 3 weeks

After the number of COVID-19 cases shot up to nearly 8,000 over the weekend, the Philippine government announced stricter quarantine measures, declaring Metro Manila and four surrounding provinces – Bulacan, Rizal, Laguna, and Cavite – as a bubble.

De Guzman said the effect of this intervention could be seen in two to three weeks.

“This is something that we would see in a week or two. It would really take us additional weeks, dahil ‘yung mga actions natin ay posibleng epekto ‘nya ay dalawa or tatlong linggo down the line natin makikita (because we would possibly see the effects of our actions in two to three weeks down the line) ,” De Guzman added.

Experts studying the coronavirus outbreak in the country raised the alarm over the record-breaking surge happening in virus epicenter Metro Manila.

In its report released on Wednesday, Octa Research said that the new infections in the capital averaged more than 3,600 per day over the past week, which was an increase of 62% compared to the previous week.

The Octa team said the reproduction number (R) – the number of people that one COVID-19 positive case can infect – in Metro Manila is now at 1.99. Experts have said that the goal is to keep R below 1 to contain virus transmission until a COVID-19 vaccine becomes widely available.

After 4 straight days of over 7,000 reported COVID-19 cases, the Philippines on Tuesday logged 5,867 new infections. This brings the total caseload in the country to 677,653.

Though Tuesday’s reported cases eased down to over 5,000, this was still higher than the average daily cases in late February, when the surge of infections began. – Rappler.com