TESTING. In this file photo, Navotas City residents register at the free swab center at a gym on August 10, 2020.

Nearly six months after lawmakers flagged the government’s counting system for COVID-19 cases as leading to underreporting, the Department of Health (DOH) on Friday, September 24, said that antigen test results were still not included in the daily case bulletin.

In a press briefing on Friday morning, Health Undersecretary Maria Rosario Vergeire said that until now, they are still studying how they would integrate the antigen test results. 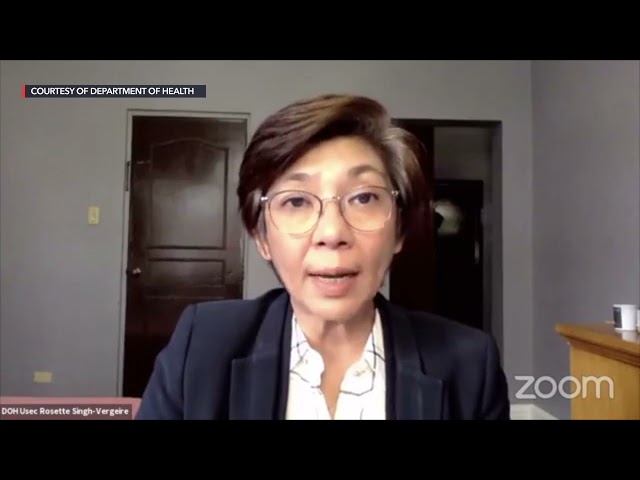 (Until now, we are still studying the antigen test. As I’ve said in the past, even though it’s not being included in the case tally now, it’s being recorded on our end. We have the list.)

The health spokesperson cited the challenges they experience in validating the submissions of local governments. She said that small clinics, outpatient clinics, and households are doing antigen tests that are not being reported to them.

(We’re having difficulties because aside from LGUs, a lot of small clinics, outpatient clinics, and households are using antigen tests.)

Last March, Marikina 2nd District Representative Stella Quimbo and Bayan Muna Representative Carlos Zarate pointed out that local government units were detecting COVID-19 through antigen tests, but the results were not being included in the national count.

This could lead to problems with the country’s strategic response, Quimbo pointed out.

Vergeire at the time said that the DOH was working with the World Health Organization to draft the guidelines.

When are antigen tests best to use?

The DOH said antigen tests could be used in outbreak areas, where real-time reverse transcription-polymerase chain reaction (RT-PCR) testing – the gold standard in testing – could not keep up with the spread of the virus.

“The use of antigen tests as confirmatory tests should not be used in settings with an expected low prevalence of disease or populations with no known exposure, such as among asymptomatic unexposed individuals, travelers or for border control,” the DOH said.

In a message to Rappler on Friday, Jomar Rabajante of the University of the Philippines Pandemic Response Team said if a lot of tests were done using antigen testing, “our numbers with the DOH are underreported.”

“If alam naman ng LGU ang antigen results, so walang problem sa granular level. Sa national level may problem, kasi nakikita lang natin RT-PCR (If the LGU has the antigen results, there’s no problem at the granular level. The problem is at the national level because we only have the RT-PCR data.) Media and national policymakers wala pang access sa (still has no access to) antigen datasets,” he said.

The DOH appealed to the public to inform their local governments of their test results should they use antigen tests at home.

(Because we still have other processes that we need to do, and we also need to advise you about what needs to be done.) – Rappler.com