DOH: No deal for purchase yet during early talks with Pfizer ROLLOUT. COVID-19 vaccines are prepared for use at the Portland Veterans Affairs Medical Center on December 16, 2020 in Portland, Oregon. 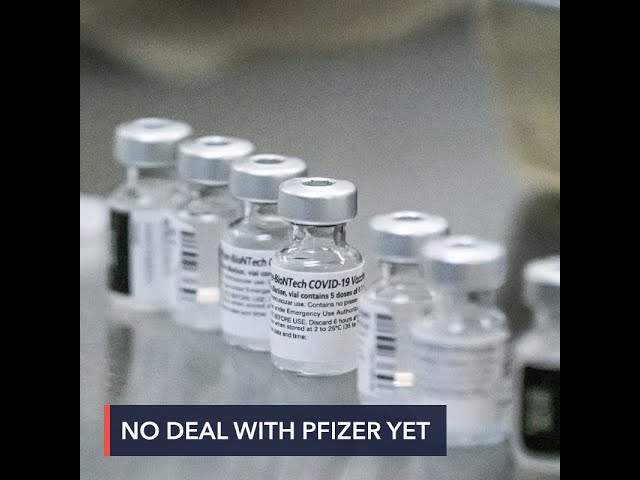 Following scrutiny over the pace of its vaccine negotiations, the Department of Health (DOH) asserted that no details for purchase were tackled by Pfizer officials during early talks with the Philippine government on its COVID-19 vaccine.

In a press briefing on Friday, December 18, Health Undersecretary Maria Rosario Vergeire said that early discussions with the pharmaceutical company covered the signing of a confidentiality disclosure agreement (CDA) that would facilitate the sharing of data.

She continued: “We were discussing then and actually it was really very generic ‘yung pag-uusap dahil wala pang CDA. This was really for data sharing. Kaya po kami nag-CDA noon para maumpisa ang pag-uusap at matingnan na rin ang aming mga eksperto yung mga dokumento. But nothing has been given to us as information when it comes to this kind of operational details.”

(The discussions were really generic because there was no CDA yet. This was really for data sharing. We entered into a CDA then to jumpstart the discussions and so that our experts can take a look at the documents. But nothing has been given to us as information when it comes to this kind of operational details.)

Vergeire issued the remarks in response to allegations that the Philippines was offered the chance to lock in supplies of Pfizer and BioNTech’s COVID-19 vaccine by January 2021, but that this fell through as the government did not move fast enough.

As more countries around the world seize scarce supply of Pfizer’s vaccine, Philippine Cabinet officials and lawmakers have pointed to Health Secretary Francisco Duque III as one of the officials responsible for supposedly missing an opportunity to secure doses for the country sooner.

In an interview with ABS-CBN on Thursday, December 17, Duque stressed that all government processes involved in the signing of the CDA were followed. In reviewing the CDA with Pfizer, Duque said he also had to consider the novelty of the technology it used in its vaccines.

A Rappler analysis on the timeline of key dates in the government’s discussion with Pfizer, as disclosed by Duque, showed how a mix of bureaucratic red tape, coupled with the uncertainty of a new vaccine, hampered the process of negotiating a purchase deal long before it could even start.

While the CDA did not cover details on timeline of delivery of the number of doses, it is a necessary document to start negotiations on areas including the scientific assessment of a vaccine and its possible deployment in the country. The DOH and Duque issued comments on the government’s dealings with Pfizer days after Foreign Secretary Teodoro Locsin Jr shared that an offer that he, Philippine Ambassador to the US Jose Romualdez, and US Secretary of State Mike Pompeo had brokered would have locked in millions of doses of the vaccine for as early as January 2021, but that “somebody dropped the ball.”

Pfizer’s vaccine is among the the first to be used in countries like the United States, Canada, and the United Kingdom, which have started their mass vaccination campaigns against the virus. The company has also signed deals with a number of governments, including Singapore and Japan, as well as the European Union, to supply them with its vaccine.

Vaccine czar Secretry Carlito Galvez Jr earlier gave assurances that the government was in talks for the possible purchase of Pfizer vaccines.

As to when the vaccines might be deployed, Galvez said the Pfizer vaccine may arrive in the country by the 3rd quarter of 2021 at the earliest, along with the bulk of other vaccines eyed by the Philippines. – Rappler.com