Despite surge in COVID-19 cases, DOH says PH has no mass testing plans 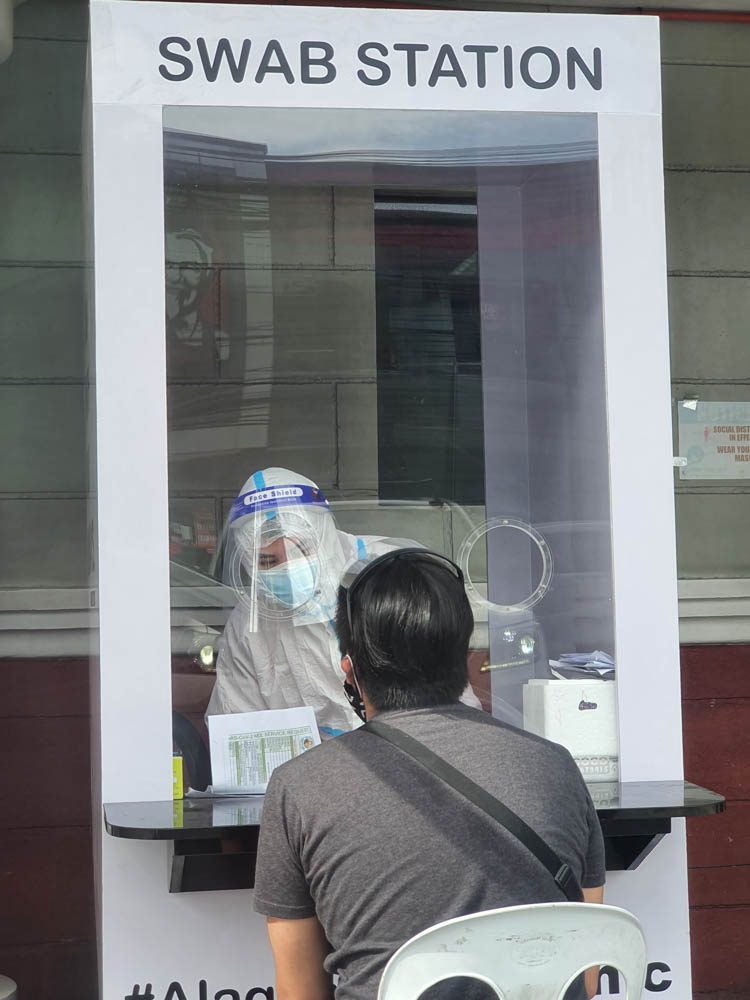 TESTING. A medical technologist conducts swab testing to one of walk-in patient of One of Prime Medical Hospital in Pamplona III, in Las Piñas City.

The government doesn’t have any plans to conduct mass testing even as COVID-19 cases continue to rise in the country, a top official from the Department of Health (DOH) said.

In a virtual press briefing on Monday morning, March 29, Health Undersecretary Maria Rosario Vergeire said the government had “never advocated for mass testing” since the pandemic began because it would lead to “indiscriminate testing.”

“If you look around the world, no country has the capacity to test their entire population. We also have to think that our [free] testing [would be a] one-time event. You get tested today and tomorrow you might get exposed,” she said in a mix of English and Filipino.

Vergeire made the statement when asked if the government had plans of doing mass testing since majority of the cases being detected were asymptomatic, which may mean they they could pass on the virus to others unintentionally.

Vergeire said what the government had been doing was “risk-based” testing, wherein local government units would do house-to-house visits to identify those who have symptoms of COVID-19, subject them to testing, and isolate immediately if found positive.

“As a whole of our cases, 95% are mild. About 2% to 3% are asymptomatic. We know the asymptomatic cases can also transmit the virus. What we need is to detect cases faster, immediately isolate, and test,” Vergeire said.

In August 2020, when virus epicenter Metro Manila was put under a modified lockdown, the government implemented the CODE (Coordinated Operations to Defeat Epidemic) protocol.

Despite the Philippines having one the longest and strictest lockdowns in the world, the number of COVID-19 cases in the country continue to rise, with a record-high 10,016 new infections reported on Monday. This brings the total caseload in the country to 731,894.

Vergeire said their data monitoring showed that there was a “continuing and swift rise of cases” in Metro Manila, Bulacan, Rizal, Laguna, and Cavite, collectively dubbed “NCR Plus.”

“NCR Plus” is under ECQ from Monday until Easter Sunday, April 4, limiting movement of people in the area only for essential needs. The national government is looking at extending this to April 18.

Experts have been saying that putting areas on lockdown alone won’t curb the virus transmission as this has to be paired with mass testing, effective contact tracing, and immediate isolation. – Rappler.com