PROTECTION. National Kidney and Transplant Institute (NKTI) healthcare workers on March 3, 2021, line up to get vaccinated.

The World Health Organization’s (WHO) approval of the COVID-19 vaccine made by Chinese drugmaker Sinovac Biotech for emergency use listing (EUL) is seen as an “advantage” for the Philippines, where the shot has been widely used in the government’s mass vaccination campaign. 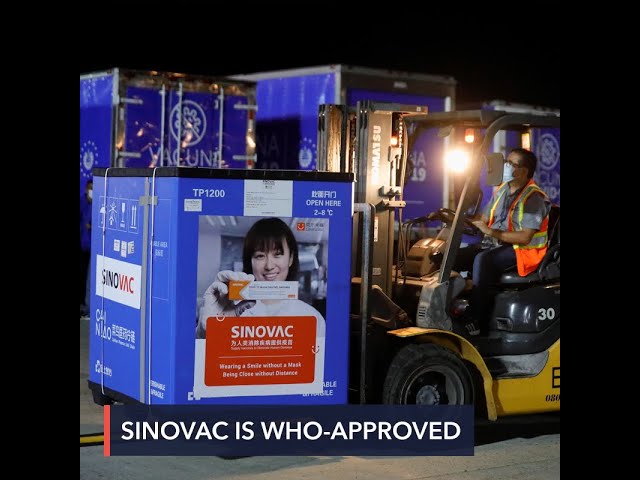 Infectious disease specialist Dr Anna Ong-Lim, a technical adviser to the Department of Health, said the WHO’s approval of Sinovac assured the vaccine has met the UN agency’s standards.

“We need to view the EUL as something like a quality seal that tell us that it (vaccine) has passed the scrutiny of the WHO based on their independent review of data submitted by the manufacturer,” Ong-Lim said in Filipino during a virtual town hall on vaccines on Wednesday, June 2.

Health Undersecretary Maria Rosario Vergeire said that with the WHO’s approval, Sinovac may now also be recognized for use by more regulatory agencies around the world.

“(Through) mutual recognition agreements, a vaccine included in the WHO’s EUL is recognized across countries and its recognition from countries will also be swifter, so its going to be something of an advantage because the vaccines used here are mostly Sinovac and it can be recognized by other countries as well,” Vergeire said in a mix of English and Filipino

The WHO announced Tuesday, June 1, it approved Sinovac’s vaccine, also known as CoronaVac in other countries, for emergency use.

The WHO was recommending the jab for adults over 18, with a second dose 2-4 weeks later. There was no upper age limit as data suggested it was likely to have a protective effect in older people.

In the Philippines, the government’s vaccine drive has largely tapped Sinovac, which comprised some 5.5 million of 8 million total jabs delivered to the country as of May. (The Philippines has ordered some 25 million doses for 2021.)

The Philippines had also recently approved the use of Sinovac’s shot on the elderly population or those above 60, citing safety data on the vaccine seen among older health care workers who took the jab. While initially limiting its use to healthy people aged 18 to 59, health officials expanded its coverage in March due to the “growing need” to protect the elderly amid soaring cases.

Why the Philippines is using Sinovac’s vaccine on the elderly Sinovac’s vaccine – the first to be rolled out in the Philippines – had initially met a lukewarm reception among the public, opting to wait for different vaccines to become available. Uptake of Sinovac’s vaccine, however, has since improved with more Filipinos receiving the shot in recent months.

A recent public survey from the Social Weather Stations showed the vaccine was among the top vaccines preferred by the public, along with Pfizer and BioNTech’s vaccine.

Ong-Lim said that the WHO’s approval of Sinovac should address some of the public’s concerns over the quality of the vaccine. The international body’s assessment of the shot included site visits to manufacturing plants and a review of the efficacy data on the vaccine.

“They looked at how the vaccine is made, so the WHO verified that this product is made under accepted standards and the basis for its safety claimed has been validated; its (vaccine’s) numbers didn’t just come from nowhere,” she said. 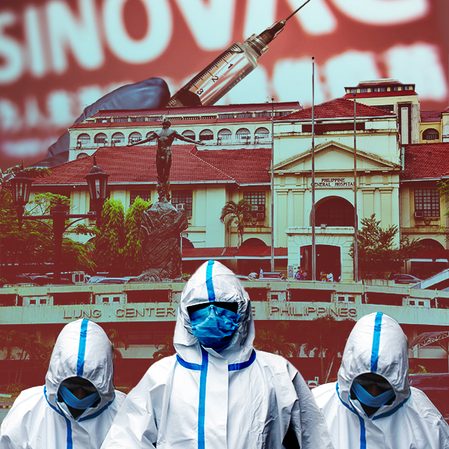 Boost for the world

Sinovac’s WHO approval is also a boost for the COVAX global facility which aims to provide vaccines mainly for poor countries.

The COVID-19 Vaccines Global Access, abbreviated or COVAX is under the WHO and Vaccine Alliance, the Coalition for Epidemic Preparedness Innovations (GAVI). Its goal is providing equitable access to COVID-19 vaccines, particularly to poor countries.

The program is facing supply and financing problems that hampers its target to distribute 2 billion doses to developing countries, including the Philippines, in 2021.

Sinovac has supplied more than 600 million doses of its vaccine in China and overseas as of end-May and over 430 million doses have been administered.

On its performance, the WHO said vaccine efficacy results showed that the CoronaVac shot prevented symptomatic disease in 51% of those vaccinated and prevented severe COVID-19 and hospitalization in 100% of the studied population.

Real-world data on Sinovac from Indonesia has also shown that in its study of 120,000 healthcare workers who had received the vaccine, the shot  was 94% effective at preventing symptomatic disease. – with reports from Reuters/ Rappler.com