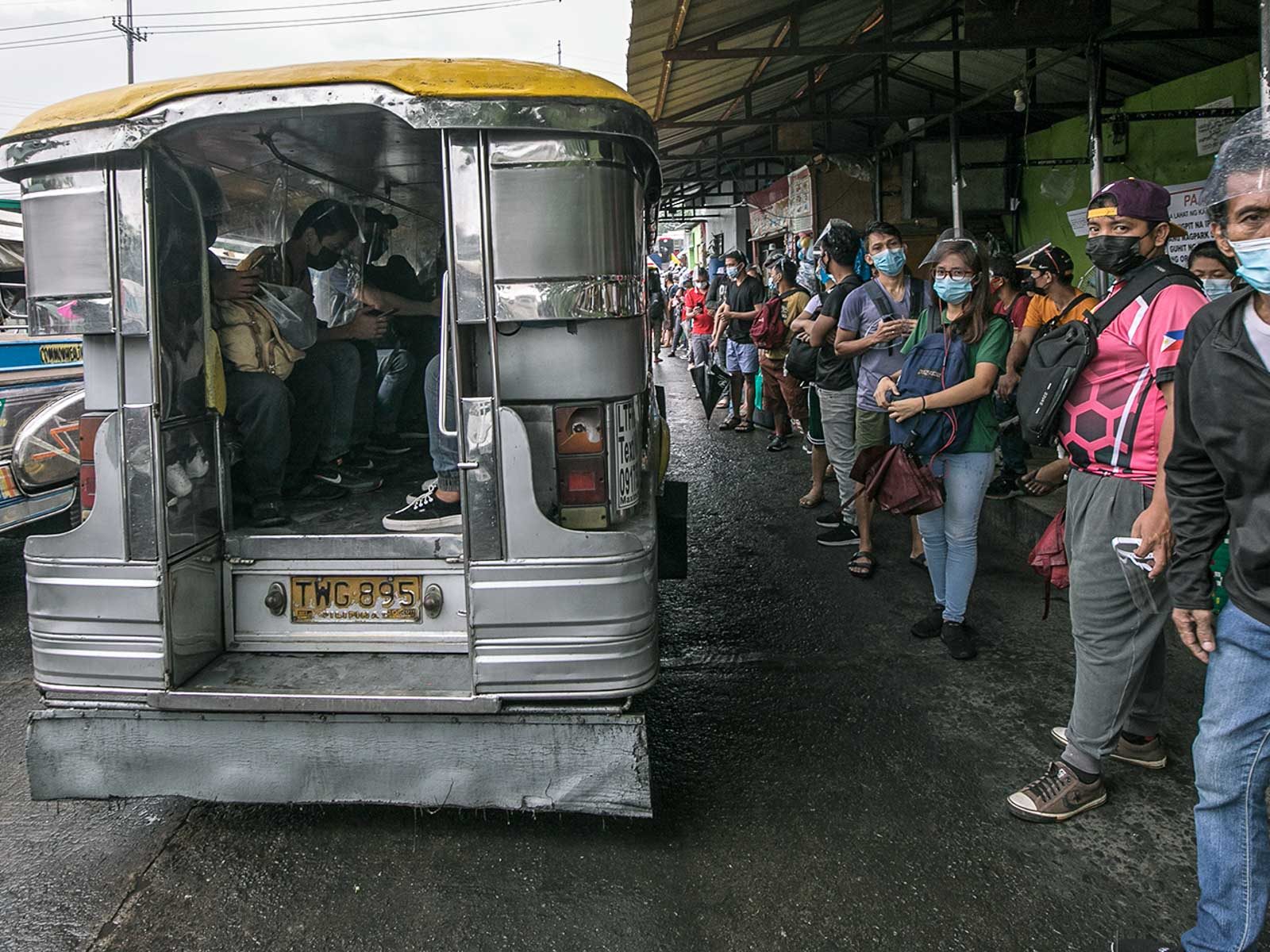 As the government gears up to vaccinate economic frontliners and indigent Filipinos, the Department of Health (DOH) said on Wednesday, May 19, that the inoculation of people in the A4 and A5 categories will be focused in Metro Manila and other priority geographic areas for now.

Health Undersecretary Myrna Cabotaje made the statement in a virtual briefing on Wednesday, after vaccine czar Carlito Galvez Jr. announced the government was targeting to start the vaccination of priority groups A4 and A5 after May.

“Since the volumes of our vaccines have started to a drive, we will have it (vaccinations) simultaneous now, so we will continue with those not covered yet under A1, A2, and A3 [priority groups] and expand coverage to A4 and A5, but focused first in what we call ‘NCR Plus 8’ because this is where majority of vaccines will be deployed based on geographic prioritization,” Cabotaje said in Filipino.

No specific date has been given for the start of vaccinations among those in the A4 and A5 priority groups, though Cabotaje told CNN Philippines’ The Source that this may begin by the end of May or early June.

Along with Metro Manila – which has remained the epicenter of the pandemic since the health crisis broke out in 2020 – Bulacan, Cavite, Rizal, Laguna, Pampanga, Batangas, Metro Cebu, and Metro Davao make up areas part of “NCR Plus 8.”

One strategy of the government’s COVID-19 vaccination program is to prioritize the deployment of vaccines in areas reporting high numbers of cases, and among groups most at risk of getting the disease.

Deputy chief implementer and testing czar Vince Dizon earlier listed “NCR Plus 8” as the government’s focus for now since these areas were among those reporting high infection rates and were economically critical to the country.

Starting the simultaneous vaccination of A4 and A5 priority groups is likewise critical to the government’’ goal of achieving herd immunity in “NCR Plus 8” by November.

On Wednesday, Cabotaje said the government is still on track to meet this target as the country is expecting to receive a supply of some 10 to 11 million doses from June to August.

Cabotaje said around 210,000 vaccinations would need to be done daily in the “NCR Plus 8” areas to achieve government targets. She added that for the next few weeks, the DOH would closely monitor the vaccine rollout in these local governments to adjust allocation plans and identify steps to speed up vaccinations.

The Philippines has so far received over 7 million doses of vaccines developed by Sinovac, the Gamaleya Research Institute, AstraZeneca, and Pfizer since February 28.

It expects to receive some 2 million more Pfizer doses from the COVAX global facility, over 1 million more Sputnik V doses, and 500,000 more Sinovac doses in the remainder of May. – Rappler.com