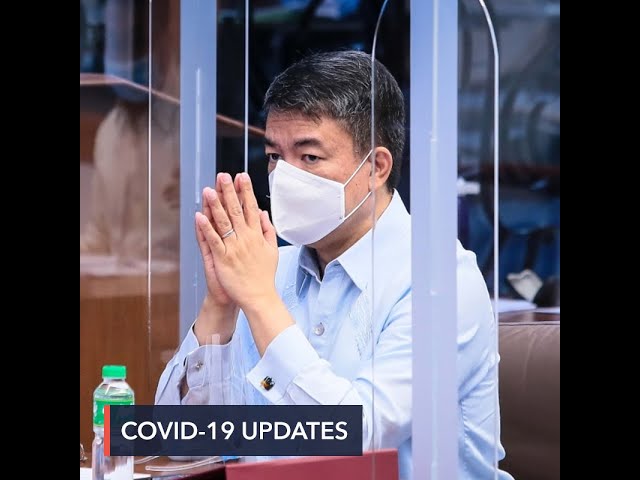 Facebook Twitter Copy URL
Copied
Previously closed and submitted for resolution, the prosecutor reopens the case after NBI submits a copy of an incident report by the Makati Medical Center

The Department of Justice (DOJ) will reopen the criminal investigation into Senator Koko Pimentel’s alleged quarantine breach after the prosecutor received a copy of incident reports from the Makati Medical Center.

“In view of the foregoing and in line with the policy of admitting all evidence that could assist in the judicious resolution of complaints, the preliminary investigation of this case is hereby reopened,” said Assistant State Prosecutor Wendell Bendoval in an order on Wednesday, September 9.

In the heat of strict government quarantine in March, Pimentel began showing flu symptoms on March 14 and had himself tested for the coronavirus on March 20.

But the senator still went to the Makati Med on March 25 with his wife Kathryna who was due to deliver their baby. Pimentel received his positive result on the same day while at the hospital. (TIMELINE: When Pimentel tested positive for coronavirus)

Makati Med had earlier called Pimentel “reckless” for this move, as it prompted the hospital to sterilize facilities the senator came in contact with, crippling resources for an already overwhelmed hospital.

The DOJ on July 26 closed the preliminary investigation and submmited the case for resolution. At that point, Pimentel had not been physically summoned to the DOJ and settled for submitting a counter-affidavit.

In his counter-affidavit, Pimentel said he was not a Person Under Investigation (PUI) on March 25. The senator added his coronavirus test did not make him a PUI, but “simply VIP.”

Prosecutor Bendoval said that he received on September 4 a memorandum from the National Bureau of Investigation (NBI) which contained incident reports from Makati Medical Center Medical Director Dr Saturnino Javier.

“The complainant and respondent are hereby directed to submit (through electronic filing) their respective comment on the said memorandum report by the NBI, particularly on the said incident reports of the MMC, on or before September 21, 2020,” said Bendoval.

Pimentel earlier said in his affidavit that the complainant, former law dean Rico Quicho, was an incompetent witness. Quicho was prompted to file a complaint even without direct interest to the incident because the DOJ said it would not investigate without someone bringing up a suit.

On Facebook, Quicho said he “would like to thank Makati Medical Center for its courage to ferret out the truth.”

“VIP Koko no way out of this mess but to man up. DOJ, your move,” Quicho said.

Quicho filed a complaint for violation of Section 9(e) of Republic Act 11332 which punishes the “non-cooperation of the person or entities identified as having the notifiable disease.”

The DOJ itself has cited this law to justify even the warrantless arrest of those who violated quarantine protocols during the strict lockdown, for example people who went out without a government-acknowledged essential task.

The use of the broad law for quarantine-related arrests has been criticized by human rights lawyers, and has been junked in at least two cases by the courts on cases involving activists arrested for either rallies or outreach.

The Pimentel case would test how the DOJ would use the law on this type of quarantine breach involving a high public official. – Rappler.com