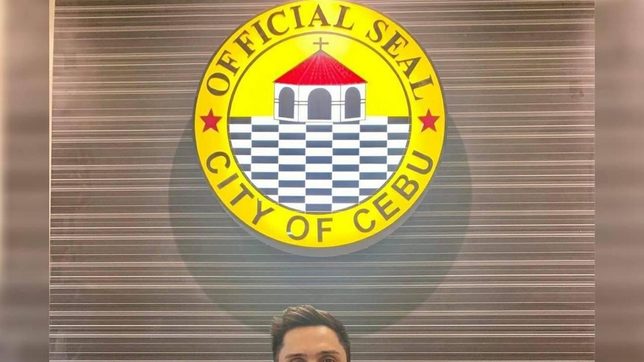 “I never had this long vacation and I’m entitled to this,” Rama told reporters during a press conference on Monday before his leave.

Hontiveros, a first-time politician, was the city councilor who won the most votes in 2019 election. He ran under Rama’s PDP-Laban affiliated Partido Barug.

The incumbent mayor Edgar Labella has been on medical leave for most of the year, with Rama filling in as mayor, elevating the former basketball star to acting vice mayor, and now acting mayor. Rama said he was taking a vacation because the COVID-19 situation in the city is under control and it would be his best opportunity to take a break.

“I would say these two weeks given by Sir Mike, which I think he will need as well, is for me to continue existing service and that comes with meeting with the department heads for the next two weeks, continuous flow,” Hontiveros was quoted in Cebuano in Cebu Daily News.

Rama warned City Hall employees not to test Hontiveros’ patience while he is away.

On Rama’s first day of leave Monday, November 16, he announced his slate PDP-Barug’s campaign plans and that he would support the presidential bid of Senator Bong Go.

“The die has been cast. Consistent with our position to align with who President (Rodrigo) Duterte anoints to lead our country after his term, and as members of PDP-Laban, our group… in Cebu City supports (Go) for president under PDDS (Pederalismo ng Dugong Dakilang Samahan), Pederalismo ng Digong Dakilang Samahan,” Rama said in a press conference on Tuesday, November 16.

“As we have also committed to her, our alliance adopts Davao City Mayor Sara Zimmerman Duterte-Carpio as our candidate for vice president,” he added.

Hontiveros, 41, began his professional career with the Cebu Gems in the now-defunct Metropolitan Basketball Association before he joined the Tanduay Rhum Masters in the PBA.

After finishing his contract with Alaska in 2017, he played for San Miguel Alab Pilipinas and won a championship in the ASEAN Basketball League in 2018.

Hontiveros is seeking reelection in 2022. – Rappler.com