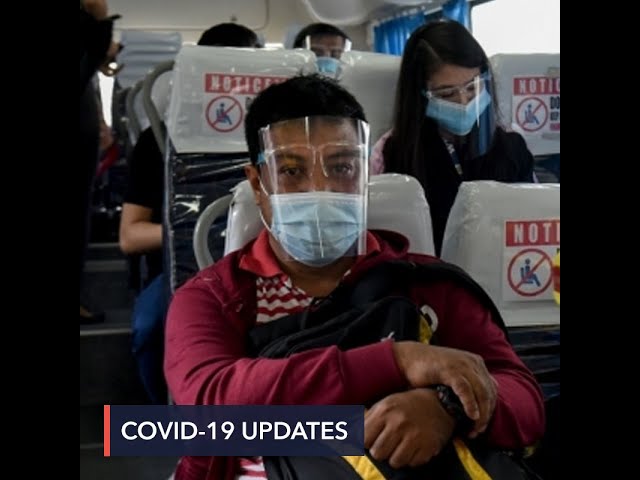 Facebook Twitter Copy URL
Copied
The new policy is supposed to start on September 14, but the Department of Health wants further discussions to ensure public safety

The Department of Transportation (DOTr) wants to ease physical distancing in all forms of public transportation by Monday, September 14, but this will depend on further discussions with health officials and the government’s coronavirus task force and economic development cluster.

The DOTr announced early morning of Friday, September 11, that it will ease physical distancing rules in all forms of public transportation starting September 14.

In a statement, Transportation Secretary Arthur Tugade announced that physical distancing will be “optimized” to 0.75 meters from 1 meter. This will increase the passenger load of all modes of public transportation.

Tugade said that the DOTr and the economic development cluster “got the approval and support of the National Task Force Against COVID-19 and the Inter-Agency Task Force.”

This means that railway lines would increase their capacity to:

For Class 2 modern public utility vehicles and buses, the DOTr said that the new policy would allow standing passengers.

“As for airlines and passenger ferries, optimizing the physical distance between passengers will mean more passengers being allowed to enter airports and seaports,” the DOTr said.

In a briefing on Friday, Health Undersecretary Maria Rosario Vergeire clarified that the safety aspect of the new DOTr policy was still being discussed.

(We are discussing this now with the DOTr. There are ongoing talks to do this without compromising on these physical distance measures that we are saying.)

DOH Administrative Order 2020-016 issued in April has set the minimum physical distance of “at least one meter apart from each other.”

When asked for comment, Transportation Assistant Secretary Goddes Libiran told reporters that the policy was approved through IATF Resolution No. 69.

IATF Resolution 69 states that health standards need to be “continuously updated” in consultation with health experts, including “reducing passenger social distance requirements to a minimum when using face shields and face masks.”

The policy was set to start on Monday, but the DOTr later said that the start of its implementation will be announced once they are “made aware” of what will be decided by the DOH, the economic development cluster, DOTr, and the IATF.

When Metro Manila and other areas shifted to general community quarantine, the DOTr set public transport capacity at 50%.

The country’s economic managers had pushed for public transportation to be further reopened, to help jumpstart the economy. – Rappler.com