MANILA, Philippines – A Senate committee that investigated sex trafficking and prostitution rings linked to the Philippine offshore gaming operators (POGO) industry is set to recommend the filing of criminal cases against 26 officials under President Rodrigo Duterte’s government who were responsible for these nefarious practices.

The committee report was officially filed on Thursday, January 27, and was signed by all 11 members and ex-officio members of the panel.

Apart from Hontiveros, the other signatories include:

Hontiveros herself had coined the term for the systematic practice of several Bureau of Immigration (BI) employees to facilitate the illegal entry into the Philippines of Chinese nationals working for POGOs. Payouts are rolled in bond paper, similar to how the Filipino milk candy “pastillas” is traditionally wrapped.

The Senate panel said the bulk of the estimated P40-billion worth of kickbacks were earned by former port operations chief Marc Red Mariñas, the so-called “godfather” of the “pastillas” scam, and his father Maynardo Mariñas, former head of the BI Special Operations Communications Unit.

The committee report said the Mariñases and several other BI officials and employees should face criminal cases for violating the Anti-Graft and Corrupt Practices Act, the Anti-Trafficking in Persons Act of 2003, the plunder law, and the Code of Conduct and Ethical Standards for Public Officials and Employees.

The others named in the Senate report are:

The Senate committee also wants cases filed against the Mariñases, Binsol, Mallari, Medina, and Mendoza for failure to file their Statement of Assets, Liabilities, and Net Worth, which is mandatory for government officials.

The panel said because of their alleged violations, the named government officials must be permanently disqualified from holding appointive or elective office.

Senators also recommended further investigation on former justice secretary Vitaliano Aguirre for his appointment of Red Mariñas and his issuance of Department No. 41, which gave the father and son tandem wide discretion over the approval of Visa Upon Arrivals.

The National Bureau of Investigation (NBI) has already sued 86 officials for graft for their involvement in the “pastillas”scam.

In his final State of the Nation Address in 2021, Duterte falsely claimed all immigration officials embroiled in the scandal have been supposedly been sacked, but this was debunked by Justice Secartary Menardo Gueverra, who heads the agency overseeing the BI.

He said the these BI officials have returned to the main office, but most of them have not been given assignments while their cases remain pending. 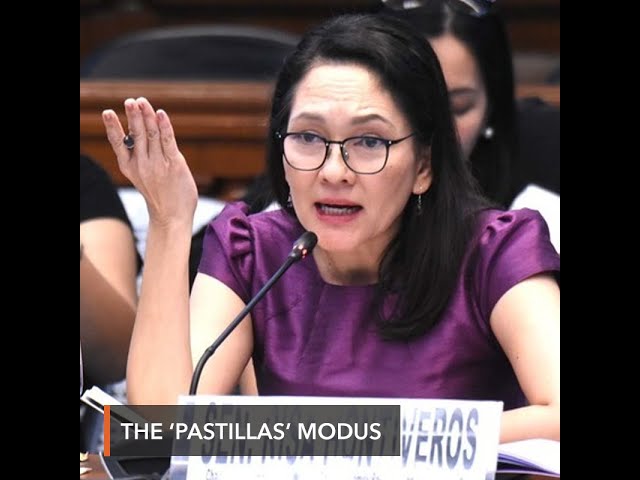 The two-year Senate probe found a “clear link” between the rise of the POGO industry and the spike in cases of prostitution and human trafficking in the Philippines.

“The POGO industry has exacerbated local prostitution and human trafficking. It also encouraged inbound prostitution, with the creation of ‘Chinese-only’ prostitution that made the country a destination for foreign trafficked women on a scale not seen before,” read the Senate panel’s draft report.

The panel also said post-raid protocols involving prostitution rings should be established to address policy gaps that allow rescued trafficking victims to be reintegrated back into the sex industry.

Senators earlier uncovered that several Bi officers involved in the pastillas scheme were also allegedly involved in trafficking overseas Filipino workers into war-torn Syria. The OFWs, who were later abused by their employers, were given fake passports and were made to believe they were going to work somewhere else. – Rappler.com