In Iloilo, Drilon bids goodbye to politics through ‘parting gifts’ 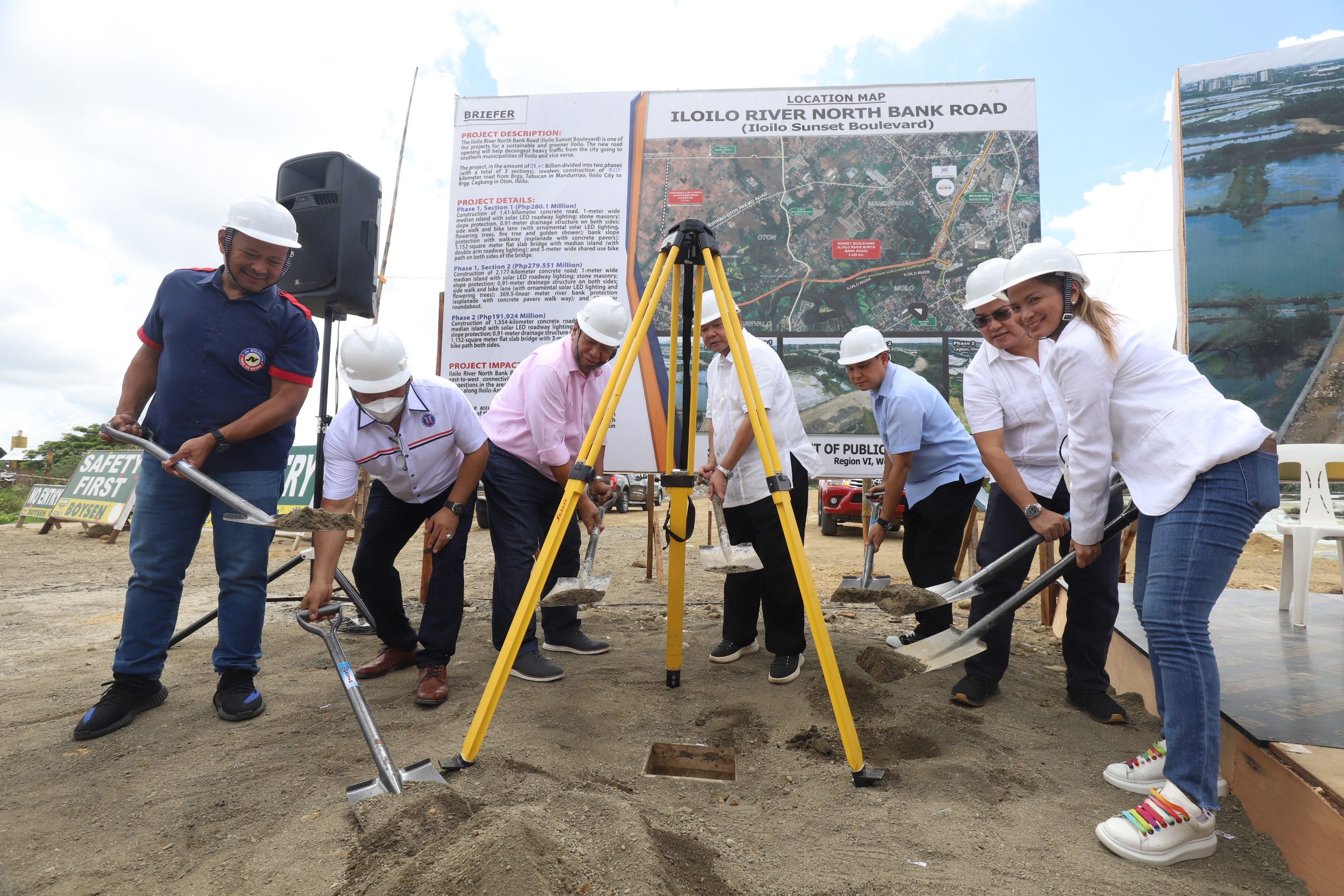 ILOILO CITY, Philippines – Senate Minority Franklin Drilon, a fixture in Ilonggo politics, bid goodbye to his second 12-year stint as a senator on Monday, April 25, by joining ceremonies for two transport infrastructure projects that he facilitated.

Political and business leaders applauded long and hard for the 76-year-old Drilon during his speech at the groundbreaking of the Iloilo Sunset Boulevard at Brgy. Sooc in Iloilo City’s Arevalo district.

He said the projects channeled to the city and the province of Iloilo were his way of thanking residents and local officials who have supported him in his 33 years in government.

Drilon cited Iloilo Governor Arthur Defensor Jr. and Iloilo City Mayor Jerry Treñas for being the local champions of his pet projects. “Twelve years after we started the big-ticket items in Iloilo, [it] is now the center of commerce, progress, and sustainable development,” the retiring senator said.

“As I am about to end my term, I can say with pride that I have done my share in developing Iloilo. We could not have achieved all of this without the cooperation of each and every one of you, but more importantly of our partners in local government led by [Defensor] and [Treñas]. This is our strength as Ilonggos, the ability to work together, on something bigger than ourselves,” Drilon added.

While a key figure in the opposition in the last six years, Drilon said he was supportive of the Duterte administration’s “Build Build Build” program.

“I have been in the opposition for 6 years. But having said that, if there is any policy of this administration which I would concur with, it would be the ‘Build Build Build’ program, ” he said.

“I support this program because even before this present administration came into being in 2016, we already conceived and implemented the same framework of [the] program. We have already started the work here in Iloilo, because that has always been my belief: that if we build, they will come, and Iloilo is proof of that,” he added.

The P1.4 billion Iloilo Sunset Boulevard, or formally named the Iloilo North Bank Road, is 7 kilometers long and 30 meters wide. It will be an extension to the Iloilo River Esplanade, and will connect Barangay Tabucan in Mandurriao to Barangay Pakiad in Oton town, easing travel to southern Iloilo and Antique province.

Drilon also led the topping out and commemorative drive-through of the P680-million Ungka II Flyover, which rests on the intersection of the President Corazon Aquino Avenue and the Benigno Aquino Jr. Avenue, between Iloilo City and Pavia town.

The flyover is still in its finishing stages but is expected to open before the end of President Rodrigo Duterte’s term on June 30.

Another flyover in development in Pavia is the Aganan Flyover at the junction of Benigno Aquino and Felix Gorriceta avenues. It is expected to be completed by the 1st quarter of 2023.

The boulevard and the two flyovers are what Drilon calls his “parting gifts” to the Ilonggos.

Aside from these the two Aquino avenues, Drilon also managed to introduce massive road and bridge projects to the city since the Estrada administration and especially during the term of his ally, the late president Benigno Aquino III.

He was responsible for the Phase 2 development of the Jalaur River Multipurpose Project in central Iloilo, which had always been put in the back burner since its initiation in 1960.

The project, which includes irrigation dams, flood control systems, and hydropower plants in the 2nd, 3rd, and 4th districts of the province, is now expected to be completed by December 2023. – Rappler.com