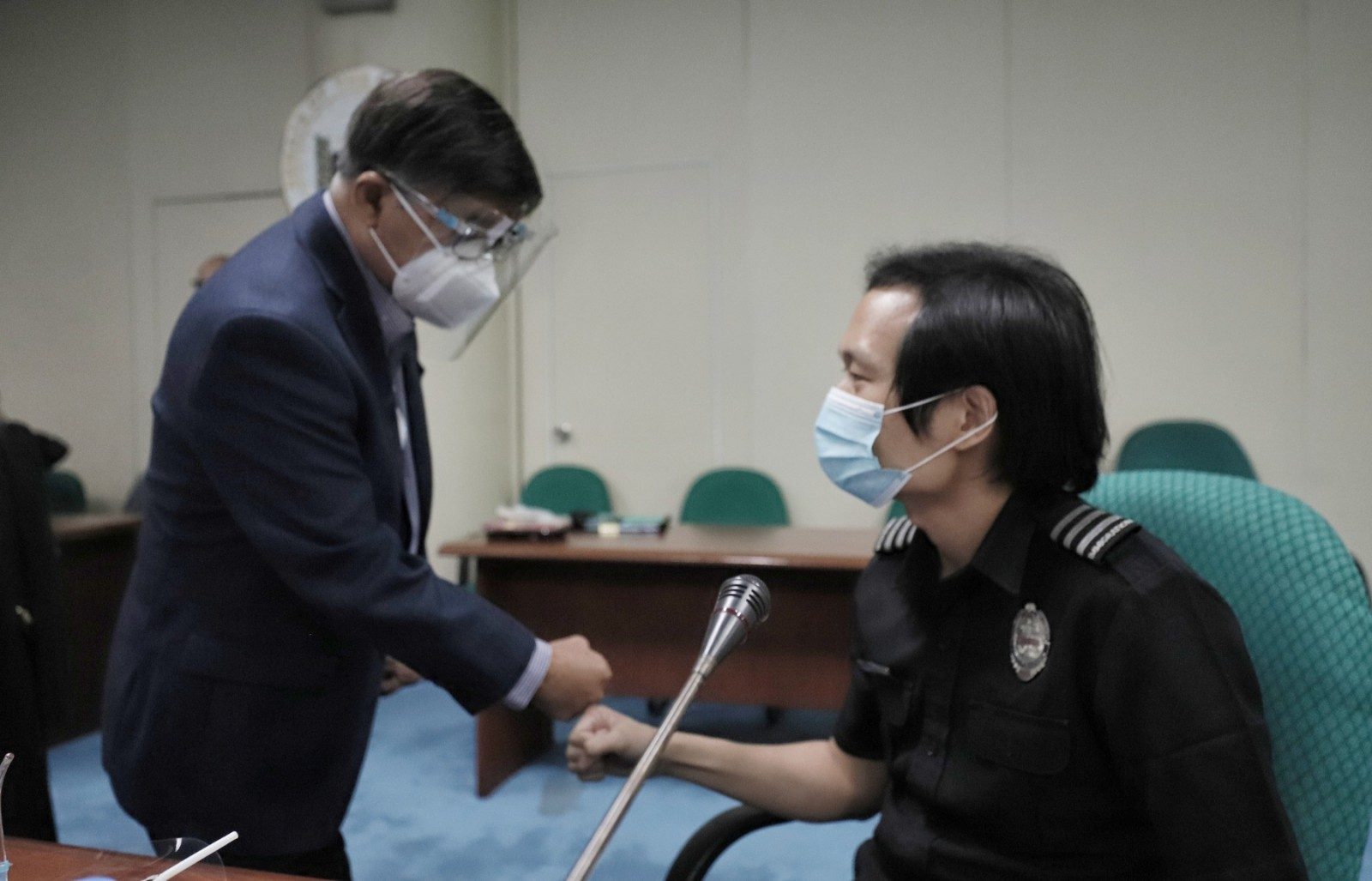 Senate Minority Leader Franklin Drilon on Tuesday, September 22, called for a reorganization of the Bureau of Immigration (BI) over the so-called “pastillas” bribery scheme for the illegal entry of Chinese online casino workers at Manila’s international airport.

Drilon said it was “really shocking” that the chief of the National Bureau of Investigation’s (NBI) legal assistance bureau, Joshua Paul Capiral, was arrested a day earlier by his own colleagues for allegedly accepting bribes from BI personalities tagged in the “pastillas” scam.

Janet Francisco, chief of the NBI’s anti-human trafficking division, confirmed to a Senate panel that Capiral wass arrested in an entrapment operation for allegedly excluding people from the “pastillas” scam charge sheet in exchange for money.

“It only gives credence to the allegation of Mr [Allison] Chiong that the Bureau of Immigration personalities who were not charged could in fact be guilty. But because of the cover up and shown by this shocking revelation, there is a clear suppression of the evidence,” Drilon said during a hearing by the Senate committee on women, children, family relations and gender equality.

At the hearing, immigration officer Allison Chiong – who first exposed the bribery scheme earlier this year – said the 19 BI personnel charged by the NBI did not include the “bosses.”

Senator Risa Hontiveros, chairperson of the Senate panel, said she held this 5th hearing on the “pastillas” scheme because none of the “big fish” behind the scam have been identified.

“The big fish have not been caught. Hindi pwedeng mga small-time lang ang mga kakasuhan, habang nagpapakasasa ang mga big-time (It won’t do to charge the small-time while the big-time are having a ball),” Hontiveros said.

During the hearing, Ramon Tulfo, newspaper columnist and former special envoy to China, accused Aguirre of taking a cut from the “pastillas” scheme. He showed photos and videos of helicopters supposedly delivering cash to Aguirre in his hometown, Mulanay in Quezon province.

Hontiveros asked Aguirre point blank – was he the mastermind of the “pastillas” scheme?

Aguirre denied this, saying Tulfo’s accusations were baseless and mere hearsay. He said he had been out of the Department of Justice for two years when the bribery scandal was exposed.

Aguirre resigned as justice secretary in April 2018. Chiong said the bribery scheme began in 2016 as a “small-time” operation.

The bickering between Aguirre and Tulfo escalated, and Hontiveros then suspended the hearing. The opposition senator said she would continue the probe “to the very end.”

“The walls are closing in on you,” Hontiveros said, addressing current and former employees of the BI involved in the scam.

Drilon called for the suspension of the visa-upon-arrival (VUA) privilege given to Chinese travelers coming to the Philippines, which had been the pretext for illegal or undocumented workers headed for jobs with Philippine offshore gaming operators (POGO).

“It’s apparently the source of the “pastillas” [scheme]. Maybe we should consider and recommend that this system of VUA be suspended because this is a source of corruption, unfortunately,” Drilon said.

It wouldn’t hurt so much to bar Chinese arrivals now because tourism is halted anyway due to the COVID-19 pandemic, Drilon pointed out. The VUA privilege was meant to encourage tourism from China.

“The suspicion is that this is a way of going around our labor laws, our immigration laws, so that there are those who take advantage of this VUA in order to work,” he added.

Hontiveros took note of Drilon’s suggestions, and said they would be part of the committee’s recommendations to be released at the conclusion of the probe into the “pastillas” scheme.

The controversy derived its name from the rolls of cash – like candy or “pastillas” – illegal arrivals allegedly handed to immigration officers for their passage. The influx of POGO workers has led to other nefarious activities and crimes, including prostitution rings. The Senate probe earlier found that Chinese and Taiwanese women have been trafficked into the country as sex workers catering to POGO workers. – Rappler.com