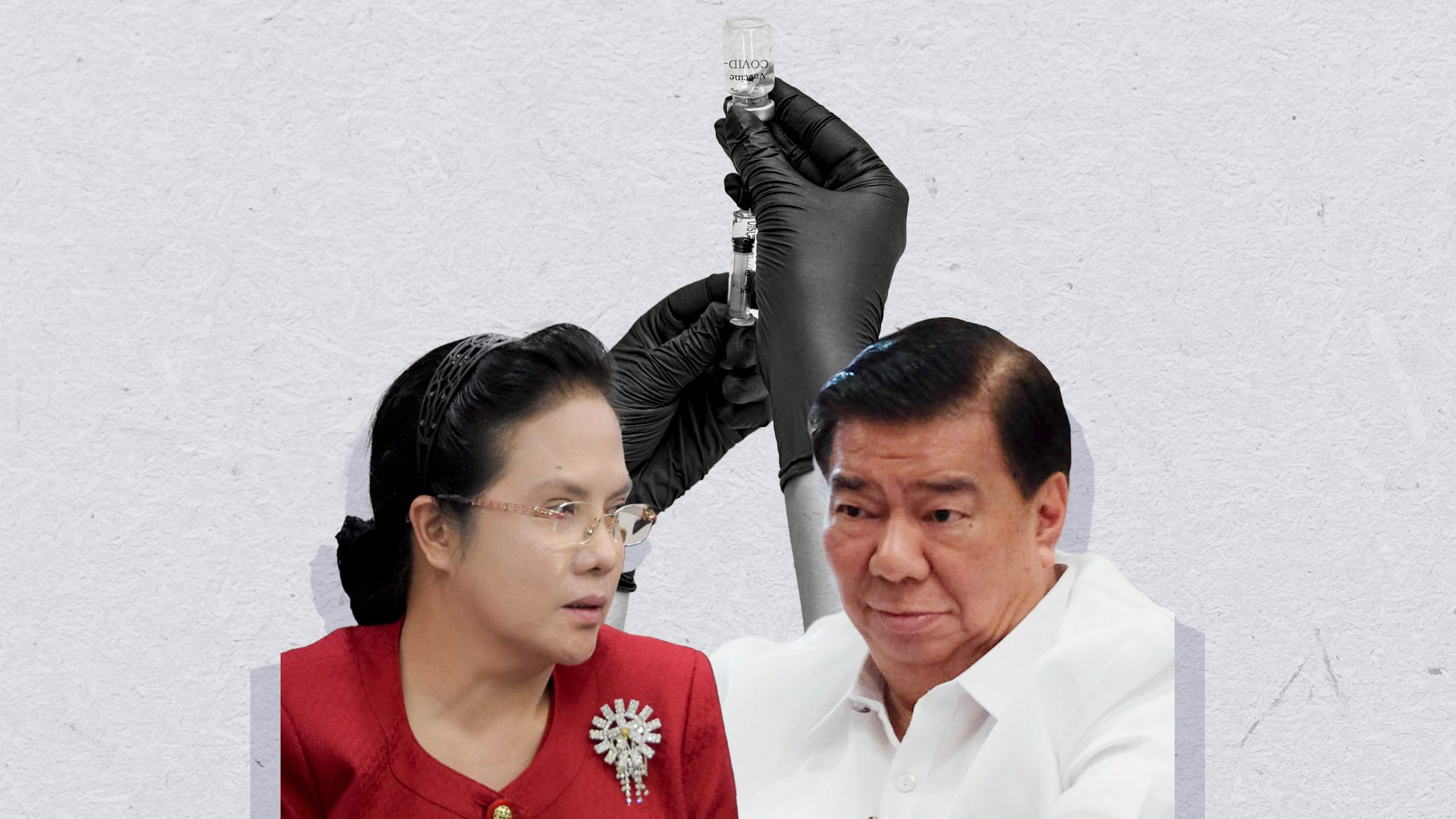 The veteran lawmaker and key opposition figure said in a statement on Wednesday, January 19, that Acosta’s unvaccinated status could promote vaccine hesitancy in the country now struggling with the Omicron variant-driven surge.

Drilon argued Acosta being unvaccinated also ran counter to the government’s ongoing push to get more Filipinos better protected against COVID-19, which has infected over 3.29 million people in the Philippines.

“Hindi ba sampal iyon sa gobyerno (Isn’t this a slap in the face of government)? I hope it is not deliberate, but Acosta’s recent statements can fuel vaccine hesitancy that we are trying to address,” said Drilon.

Acosta confessed in an ANC Headstart interview on Monday, January 17, that she still has not been vaccinated against COVID-19, citing her age and health issues. She insisted she was not an anti-vaxxer, a term for people who do not believe in vaccines.

The PAO chief also said in the same interview that the Duterte government’s “No vaxx, no ride” policy in Metro Manila is unconstitutional.

Drilon, however, accused the administration of having double standards if it allows Acosta to report to work while restricting the movement of ordinary Filipinos who are still not vaccinated. This controversial policy has drawn widespread flak from lawmakers and the public alike.

“If the government is serious about its ‘No vax, stay at home; no vax, no ride policy,’ it should apply it to all. Otherwise it will not work. The government should take the same hardline stance against their own officials. Set an example with Acosta,” Drilon said.

Acosta gained notoriety pre-pandemic after she repeatedly claimed that children who had received the Dengvaxia dengue vaccine supposedly died because of their jabs. There is no scientific proof backing Acosta’s claim.

The Dengvaxia controversy created a national health scare that saw immunization rates for various diseases plummeting in the country. This dip in immunization resulted in outbreaks of vaccine-preventable diseases like measles and polio.

Fast forward to the present day, the Philippine government continues to grapple with vaccine hesitancy among Filipinos as the COVID-19 pandemic rages. – Rappler.com