ZAMBOANGA SIBUGAY, Philippines – The military would continue carrying out its anti-commmunist insurgency campaign without letup, with or without the budget of the National Task Force to End Local Communist Armed Conflict (NTF-ELCAC) being slashed.

A slash of P24 billion in the task force’s proposed 2022 budget will not substantially affect the military campaign in the Zamboanga Peninsula, Brigadier General Leonel Nicolas, commander of the Army’s 102nd Infantry Brigade, said on Wednesday, December 1.

But the reduction, Nicolas said, will affect the Barangay Development Program (BDP) packages to address the pressing issues in areas formerly affected by the communist insurgency.

The BDP is the centerpiece program of the NTF-ELCAC which seeks to bring development to communities formerly affected by communists insurgency. He said these packages, which include livelihood, infrastructure, and health services, will “help push the development of most vulnerable barangays.”

“The significant cut of the NTF-ELCAC budget will greatly affect the people who have suffered from the terror of communist insurgency,” he explained.

In Zamboanga Sibugay province, Nicolas said, several villages will be affected by the budget.

Records from the office of the Civilian Military Operations of 102nd IB showed that four barangays in the province have already implemented their BDP projects this year. Three more barangays are identified for 2022.

These villages were former strongholds of the New People’s Army, the armed wing of the Communist Party of the Philippines (CPP). 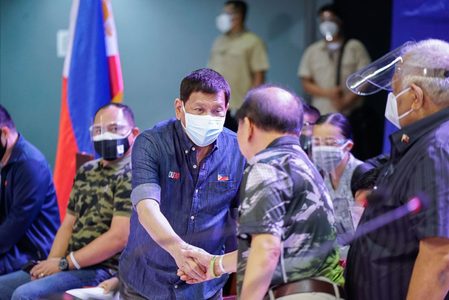 Nicolas downplayed, however, the possibility of these villages becoming the lairs of the communist insurgents again with the NTF-ELCAC budget being reduced from P28 billion to P4 billion.

“The regional, provincial, municipal, and barangay task forces remain in place and I believe the mechanism will continue to identify the gaps and needs in their respective peace and development campaigns,” he said.

Aside from this, he added, the Barangay Defense Systems are already in place.

Early this year, the military declared the provinces of Zamboanga Sibugay and Zamboanga del Sur as insurgency-free.

Peace is necessary for development to happen, he said.

NTF-ELCAC has succeeded in institutionalizing the “Whole-of-Nation” approach making the campaign against the communist insurgents resilient and withstand any budget cut, he said.

The 2021 budget allocated some P16.44 billion for various development programs under NTF-ELCAC. But some senators want to slash the budget in 2022 to P4 billion instead of increasing it to P24 billion.