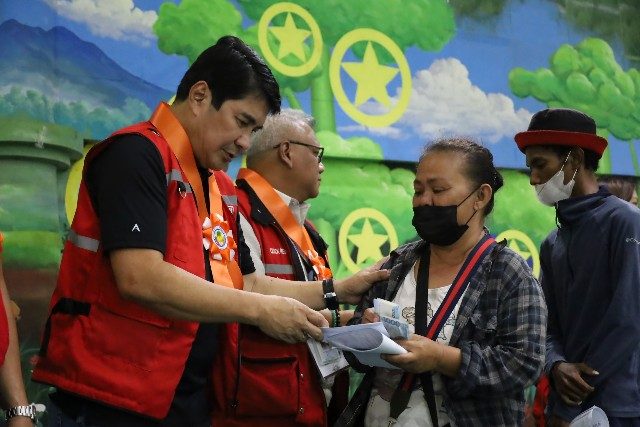 MANILA, Philippines – The holiday season often sees an increase in unhoused people begging for alms in the streets of the Philippines’ big cities. Many of those seen knocking on car windows for spare change are from indigenous communities.

In 2022, instead of just sending home to the provinces the indigenous Peoples (IPs) who beg on the streets, the Department of Social Welfare and Development (DSWD) is offering them livelihood assistance.

The agency can assist them in registering their births and becoming part of the national ID system (PhilSys), to better identify individuals who are qualified for social assistance.

Over 1,000 beneficiaries attended the event, where the caravan provided start-up capital specifically for these families who are in “street situations,” to enable them to support their children and keep them from begging in the streets.

“Through this event, it is hoped that all Filipinos can somehow feel the Christmas spirit, and somehow see the light despite all that we have gone through,” Marcos said during the event.

This is the latest of several similar events the DSWD held throughout the country beginning in late November to help IPs return to their home provinces or stay there during the holiday season.

Aside from livelihood projects, the DSWD handed out 10,000 hygiene kits and food packs for 574 families whom the local government in Metro Manila identified as unhoused.

“Through the collaborative efforts of the government, we are bringing government programs and services closer to children, families, and indigenous peoples in street situations in pursuit of keeping them from the hazardous environments of the streets and providing appropriate assistance,” DSWD Undersecretary Edu Punay said in a press statement late Thursday evening.

He also offered Bajau people who were interested livelihood assistance, as well as help returning to their province if they wanted to go home.

A total of P3.7 million was distributed by the DSWD in Cebu to assist over 200 children and 400 family heads in Lapu-Lapu, Cebu City, Mandaue, and Naga.

In previous holidays, the DSWD focused on “rescue” operations of IPs begging in the city streets, providing them with basic needs, before returning them to their province. (READ: Public urged to report street kids to DSWD hotline, Twitter)

According to NGO Hope, which works with street children, they estimate there are as many as 30,000 unhoused children begging in the streets of Metro Manila throughout the year, and around 250,000 in urban centers nationwide. – Rappler.com