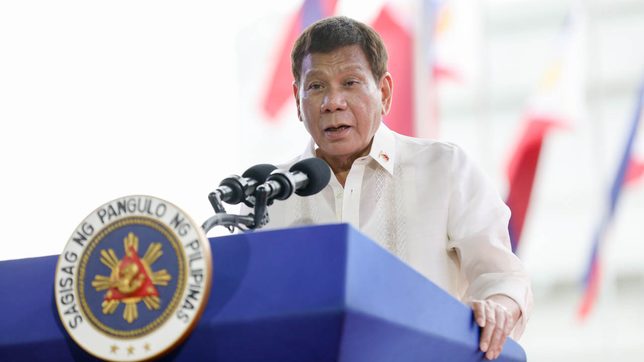 The Philippines has again decided to extend by another six months its Visiting Forces Agreement (VFA) with the United States, which would have expired by August 2021, to allow for further discussion on the key military deal.

Foreign Secretary Teodoro Locsin Jr. made the announcement in a recorded message on Monday, June 14, after meeting with President Rodrigo Duterte and Philippine Ambassador to the US Jose Manuel Romualdez on the matter.

“The President conveyed to us his decision to extend the suspension of the abrogation of the Visiting Forces Agreement for another six months while he studies, and both sides further address his concerns regarding particular aspects of the agreement,” Locsin said.

Defense Secretary Delfin Lorenzana expressed his support for the latest deferment of the agreement’s termination. He said this would provide more time for the government to review its decision.

“With the additional six months, we will further review the pros and cons of the VFA, especially regarding various concerns of mutual importance to our two countries, with the end in view of helping the President arrive at an informed decision on the matter,” Lorenzana said in a statement.

Duterte’s decision comes weeks after both Manila and Washington wrapped up discussion on the VFA, which had been in limbo for a year after Duterte unilaterally decided to terminate the deal on February 11, 2020.

It also marks the third time the Philippines has decided to extend the VFA, which would have expired by August 2021, if Duterte did not move on the deal.

After sending the US a notice of termination on February 11, 2020, Duterte walked this back in June 2020, and a second time in November, after Biden’s electoral win, to make way for further negotiations.

Asked what aspects of the deal were “of concern” for Duterte, the DFA said it was waiting on guidance from the Palace.

Before Duterte’s latest decision to suspend the VFA’s termination once more, Romualdez said concluded negotiations had “improved” the deal between the two countries. He also expressed confidence it would pull through.

VFA ‘improved,’ now up for Duterte’s decision, says PH envoy to US

The VFA, which provides the legal framework for the presence of US troops in the Philippines for war games and joint activities, is seen by diplomats and security officials as an important agreement that is part of the country’s national security framework. It is also seen as one that deters China’s aggressive claims in the South China Sea, including the West Philippine Sea.

The agreement is also an important aspect of ties between the Philippines and the US, the country’s oldest and only defense treaty ally.

In 2020, Duterte cut the deal over US’ lawmakers criticism of his controversial drug war and the US’ decision to revoke the visa of his ally and first police chief, Senator Ronald “Bato” dela Rosa.

In the weeks the President had been undecided, Malacañang said Duterte would seek the public’s opinion on the deal and consider what was “best” for the country. Duterte has also said he wanted the US to “explain” its role in the 2012 Panatag (Scarborough) Shoal standoff.

In recent months, Duterte had demanded payment from Washington for the continuation of the deal and even dangled it in exchange for COVID-19 vaccines from the US. The Philippines expects to get $40 million in US foreign military financing in its next fiscal year and was recently listed among countries that will receive the first batch of 25 million doses of vaccines from the US by the end of June.

Facing the Senate in early 2020, Locsin warned of far-reaching consequences and risks if the deal is terminated. – Rappler.com