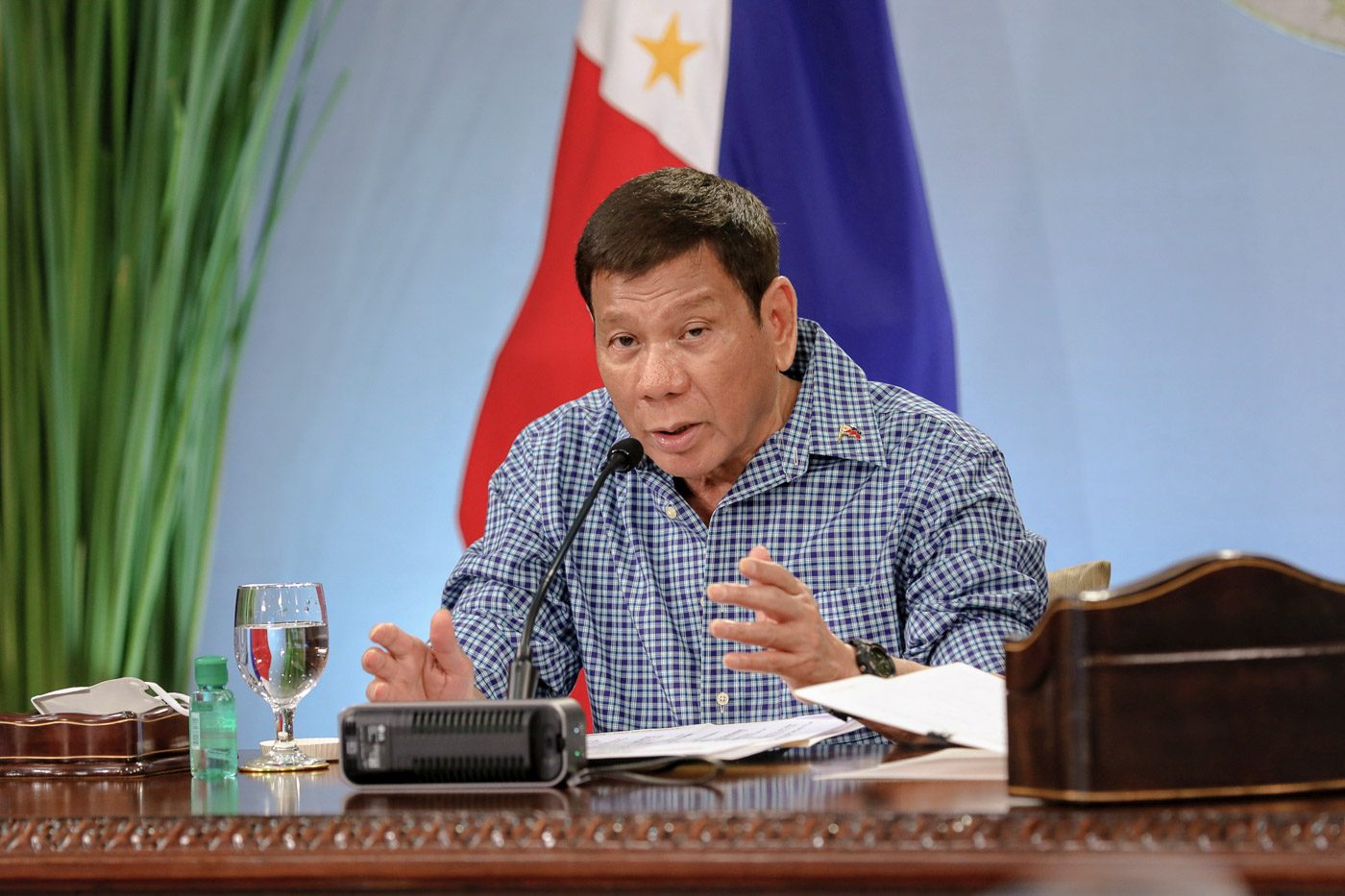 President Rodrigo Duterte flew to Negros Oriental amid surges in COVID-19 cases there, to discuss the spate of killings and their possible connection to land disputes, Malacañang said on Tuesday, May 25.

Presidential Spokesman Harry Roque said during a Malacañang press briefing that Duterte went to the province on Monday, May 24. He quoted Duterte as telling the Central Visayas Regional Peace and Order Council that he was “appalled” by the killings.

“The President said he will be completely neutral but the state will fulfill its role of investigating, prosecuting, and punishing those who kill in Negros Oriental,” Roque said in Filipino.

Duterte met with the council, composed of military and police officials and local government officials, at the Silliman University Gym in Dumaguete City.

Much of the meeting was “confidential,” said Roque. Only Duterte’s arrival at the meeting venue was aired live.

The President believes many of the killings are the result of land disputes in Negros, an island known for its sugar plantations and history of unfair labor practices.

Many of those killed during the Duterte presidency include farmers, lawyers involved in land disputes, activists, even government personnel like local officials and police.

To address this, Duterte ordered the Department of Environment and Natural Resources to “resolve the conflicting claims to untitled land,” said Roque.

“The President said, everything else being equal, we resolve these disputes in favor of the poor,” said the Palace spokesman.

Duterte also ordered that land be distributed to farmers at a faster rate, under the government’s land reform program.

In 2019, Duterte warned that he would use his emergency powers to quell “lawless violence” in Negros Island, where at least 21 were killed in a little more than a week. At the time, he blamed many of the killings on the New People’s Army. – Rappler.com