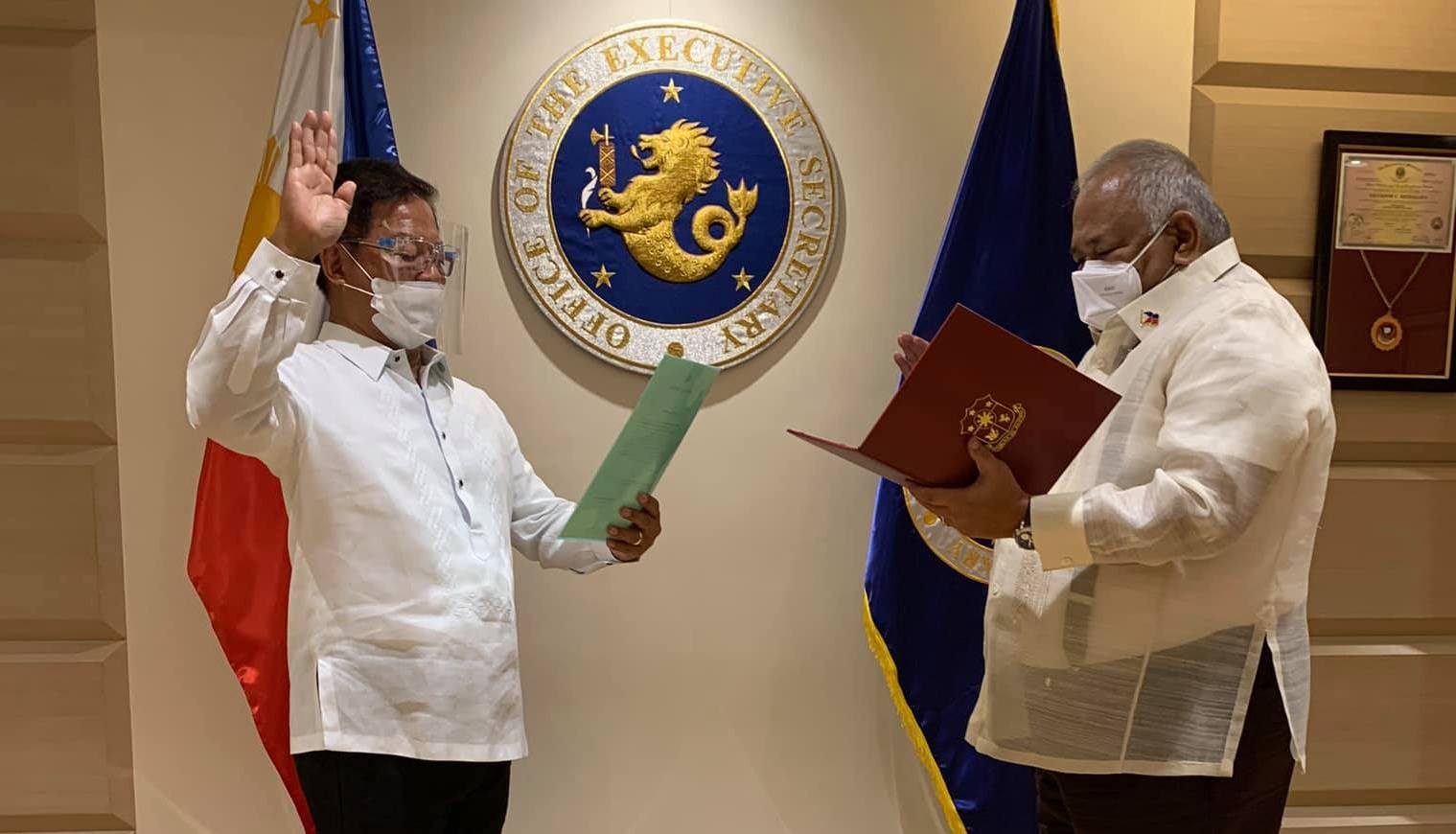 Facebook Twitter Copy URL
Copied
(1st UPDATE) Roger Mercado takes the place of Mark Villar, who is running for senator in the 2022 elections

The former lawmaker is taking over the Cabinet post vacated by Villar who filed his candidacy for senator last October 6.

Mercado got on Duterte’s good side when, back in 2016, he, as Southern Leyte governor, expressed support for the latter’s presidential bid even if he, Mercado, was a member of the Liberal Party. Southern Leyte is the province where Duterte was born.

In the next national elections, in 2019, Mercado finally made the switch. He ran for Southern Leyte representative under Duterte’s party PDP-Laban and won.

Mercado has big shoes to fill, at least in Duterte’s eyes, since the President has repeatedly praised Villar for his work helming the DPWH.

After Mercado’s appointment, Malacañang is yet to name appointees to the four other Cabinet posts vacated by officials running in the 2022 elections. These posts are: chief presidential legal counsel, agrarian reform secretary, information and communications technology secretary, and Mindanao Development Authority chairperson. – Rappler.com