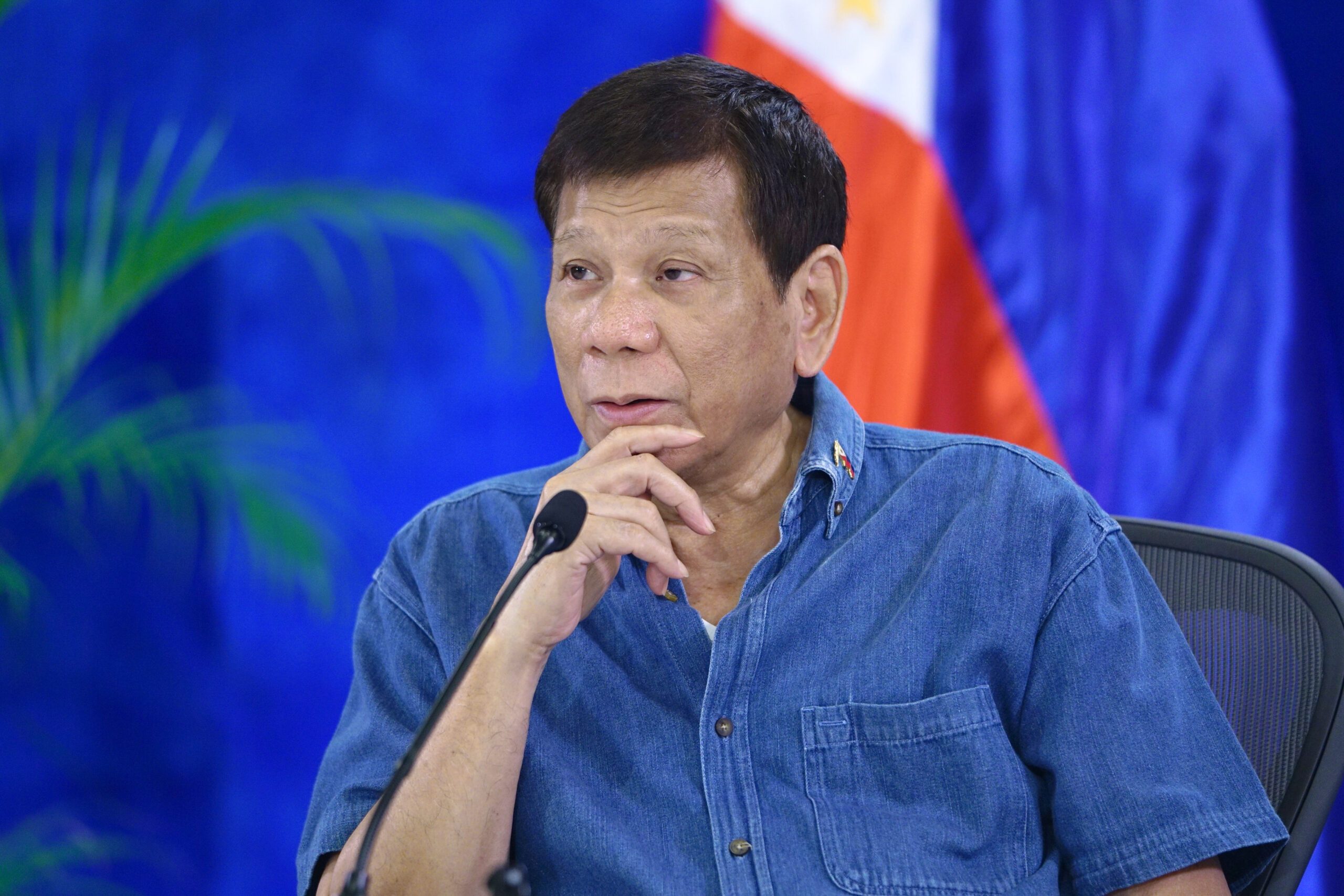 HIS LEGACY. President Rodrigo Duterte has devoted portions of his recent speeches talking about his exit from the presidency. Malacañang photo 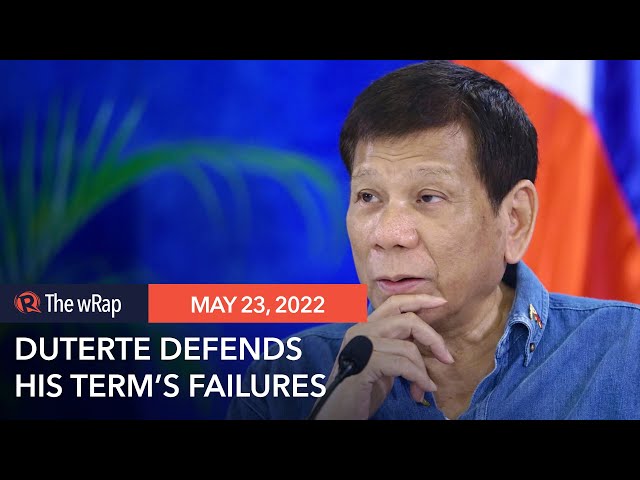 MANILA, Philippines – With a little over a month to go before his presidency ends, the legacy he will leave behind is very much on Rodrigo Duterte’s mind.

On Monday, May 23, President Duterte defended his administration against criticisms of its failures, insisting they were not a product of negligence but simply of a lack of time. 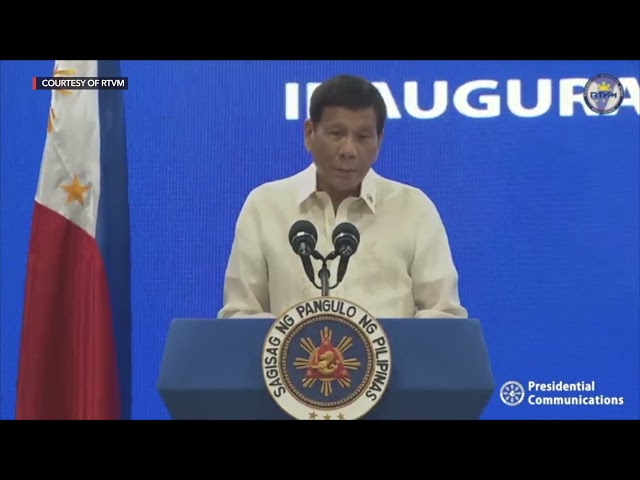 “In a few days, I’ll be out. Yung nagawa ko, para sa akin, ’yon na ’yon (For me, that’s it). The best that my efforts can really achieve,” he told a room full of government officials at the new Metro Manila Development Authority headquarters in Pasig City.

“Kung kulang pa ’yon, pasensya na po at hindi ko na talaga kaya. The things that I failed to do, mostly not because of negligence or may mga shortcoming ako but talagang, time. Kasi six years would not be enough to finish all the projects,” he added.

(If that was insufficient, have patience because I really cannot do it. The things that I failed to do, mostly not because of negligence or my shortcomings but, really, time. Six years would not be enough to finish all the projects.)

The President did not specify which failures he was referring to, or which projects his administration will not be able to finish.

In terms of legislation, some promised measures Duterte failed to sign include a national land use act, ending contractualization, bringing back death penalty, and shifting to a federal system of government.

He has also previously admitted a lack of appreciation of the depth and breadth of the country’s drug problem, leading him to make his unrealistic promise of suppressing drugs and criminality in the first six months of his term.

As of end-April, only 12 out of the 119 flagship programs of his “Build, Build, Build” infrastructure push have been completed, according to the Department of Public Works and Highways. The Mindanao Railway, one of his biggest infrastructure promises, has not yet begun construction though a project management contract has been awarded to two Chinese firms and the government has started to acquire land on which to build stations and lines.

Over the past few weeks, Duterte has devoted time in his speeches in government offices to thanking government officials and employees for the work they put in during his presidency.

The Monday MMDA event was no exception.

“Since we are nearing the end of my term, let me take this opportunity to thank you and commend the MMDA for its tireless service in addressing the needs of our people,” said Duterte, highlighting the efforts the agency made during the COVID-19 pandemic.

Duterte’s pandemic lockdown, one of the longest and harshest in the world, included the sudden ban on mass public transportation in the first months of the pandemic, which left thousands of commuters to fend for themselves. Transportation and traffic management is one of the MMDA’s main functions.

In a portion of his speech that was not written down, Duterte even thanked media networks for covering his presidency.

(To all of you, including the TV networks, I won’t mention but I mean all, thank you very much for your help in my journey in the six years that you gave me the honor of being the president of the Philippines.)

It was during Duterte’s term when his allies in Congress shut down the frequency operations of ABS-CBN, the largest broadcasting network in the country, and gave its coveted frequencies to companies under Duterte’s allies, religious leader Apollo Quiboloy and billionaire Manuel Villar.

His government also tried to stop the operations of Rappler, filed several cases against its CEO Maria Ressa and its board members, and banned its reporters from covering his official events.

All together, these moves have led to a slide in press freedom rankings for the Philippines, and a Damocles sword hanging over newsrooms and journalists.

Duterte’s presidency will end on June 30, the day presumptive president Ferdinand Marcos Jr. will take his oath as the 17th Philippine President. – Rappler.com