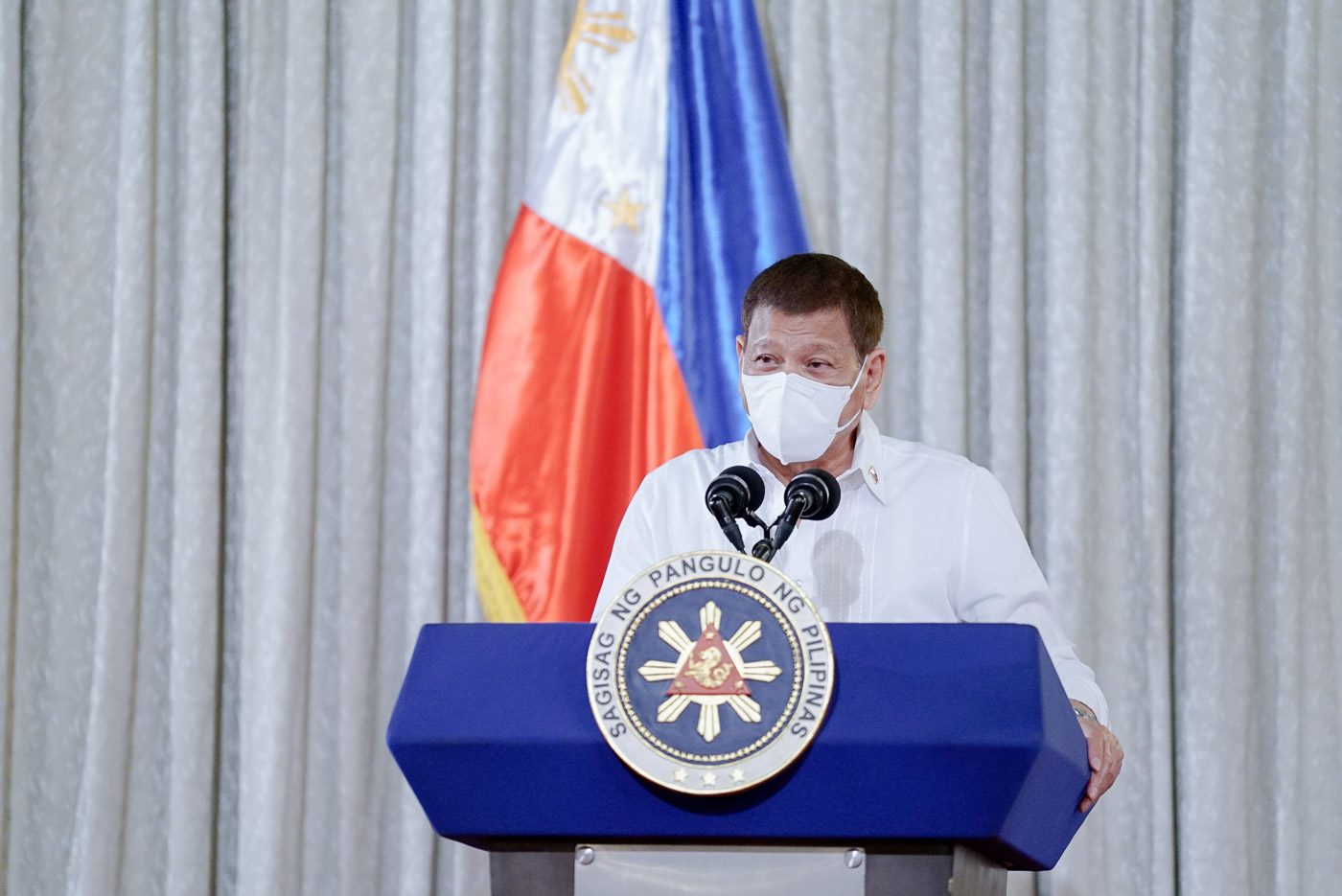 REMEMBERING PNOY. President Rodrigo Duterte talks about the late Benigno Aquino III in his speech at a law-signing ceremony on June 24, 2021.

President Rodrigo Duterte spoke on the phone with two of former president Benigno Aquino III’s sisters on the night of his passing, said Senator Bong Go, his longtime aide.

Go told reporters on Friday, June 25, in a Taguig City event that Duterte had called up Ballsy Aquino-Cruz and actress Kris Aquino late Thursday night to offer his condolences,

The senator told GMA News Online that Duterte spoke with the older Ballsy first, at 11 pm, then called up Kris at 11:30 pm.

Duterte had even wanted to make a personal appearance at Aquino’s wake at The Heritage Park in Taguig, a source told Rappler. However, the President planned to visit at 2 am on Friday, past the limit set by the Aquino family.

Though Duterte and Aquino exchanged barbs, especially about the current Chief Executive’s drug war, the two had been allies once upon a time. Duterte, when he was Davao City mayor, supported Aquino’s presidential bid in 2010.

He and his daughter, then-vice mayor Sara Duterte, even hosted Aquino and the Liberal Party in their city April 2016, a month before elections.

In his speech the day Aquino died, Duterte offered a moment of silence for his predecessor. He asked Filipinos to set aside their differences to honor Aquino, who he described as a president who “gave his best” for Filipinos.

Duterte also declared a 10-day period of national mourning for Aquino, from June 24 to July 3. Philippine flags in all government offices and installations are to be flown at half-mast. – With a report from Mara Cepeda/Rappler.com