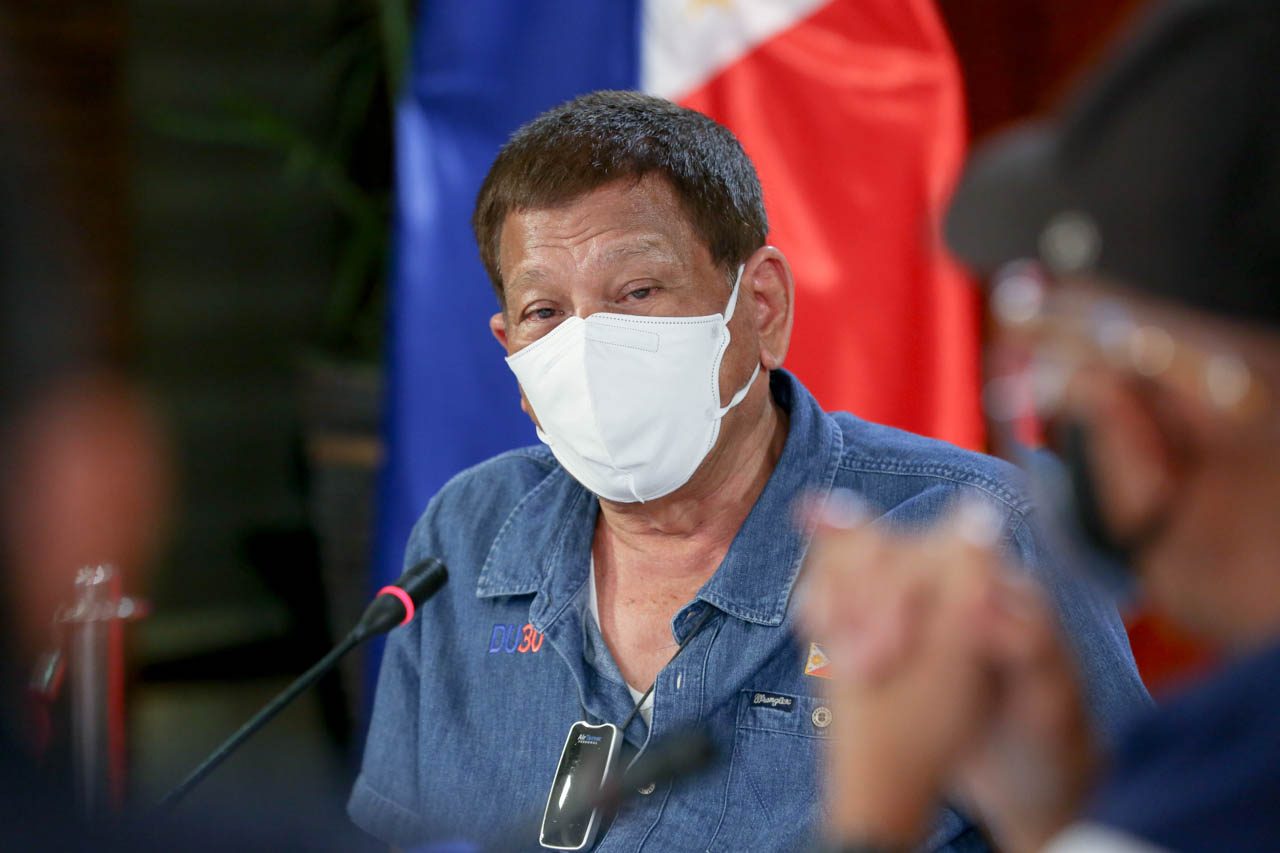 Facebook Twitter Copy URL
Copied
The President offers P50,000 or P100,000 to informants who will tell on unscrupulous officials – his latest move in his purported 'corruption crackdown'

President Rodrigo Duterte publicly offered a “prize” of P50,000 or P100,000 to anyone who can give him information on corrupt government officials and their dealings.

Duterte announced this reward money during a recorded public address aired on Tuesday night, November 10. He made the remarks during a meeting with Cabinet officials earlier that day at the Malacañang Golf Clubhouse.

“All you have to do is to let me know. May prize ako. Pagka mayroon kang malaki, if it’s a malaking sindikato, ghost project ni Direktor Putangina, I’ll give you P50,000,” he said.

Even bigger fish, he said, would fetch a higher reward.

“I’ll give you P100,000 and I’ll keep your identity secret until I reach my grave,” said Duterte.

No need for names

The offer is open to any citizen or government worker. The President said the informant need not even give their names when they report on corrupt officials.

“Whisper it to anyone. Don’t give a name. Just mention the contract and the details,” Duterte said in Filipino.

He promised protection should the informants face harassment or threats from the officials or businessmen they are telling on. Duterte said he would relish it as his chance to shoot someone “legally.”

(And if you’re found out and you’re being harassed, let me know. I will deal with the devil. That’s what I want, to shoot a person legally.)

During the same “message to the nation,” Duterte read out names of various government personnel suspected of corruption. This is the third time he has done this during his weekly televised speeches. It began after he promised to devote his last two years in office to “fighting” corruption.

But as in the past two times, Duterte merely read out names of government workers and officials ordered dismissed by the Office of the Ombudsman as far back as 2016 and 2018.

A mix of personnel from the Bureau of Immigration, the Department of Public Works and Highways, and the Local Water Utilities Administration were under the spotlight that night.

Duterte appeared disgusted with the misdemeanors of some of the people he was mentioning, to the point that he said the government would file criminal charges against them, apart from the administrative sanctions already meted out.

For other names, Duterte warned they would face criminal charges or dismissal from their posts the next time they are found guilty of wrongdoing.

Duterte warned all corrupt government workers that they would be facing not just legal cases should they be found out.

“I will not only investigate you, I’ll expose you to the public,” said the Chief Executive.

The day before, Duterte summoned over 40 Bureau of Immigration personnel to scold them and distribute “money” stuffed inside pastillas. Malacañang defended the publicity stunt, saying it was meant to drive home the President’s “relentless” campaign against corruption.

Experts have voiced doubts in this corruption crackdown, pointing out how Duterte has not made any institutional reforms to address the causes of corruption and is more concerned with dramatic stunts and the abrupt axing of officials. – Rappler.com