President Rodrigo Duterte has extended the diversion of Cebu-bound international flights to Manila until June 12, Malacañang said on Tuesday, June 8.

“The memorandum was issued on June 5, to ensure that upon resumption of international flights to the Mactan Cebu International Airport, all protocols implemented by the IATF-EID (Inter-agency Task Force on Emerging Infectious Diseases) will be fully and seamlessly implemented,” Presidential Spokesperson Harry Roque said in a press conference. Why were flights rerouted?

An executive order of Cebu Governor Gwendolyn Garcia and an ordinance of the provincial board instruct local government personnel to require overseas Filipino workers (OFWs) and returning Filipinos (RFs) to go on hotel quarantine for a period of only two to three days, with swabbing upon arrival.

The current national policy mandates a 10-day quarantine and swabbing on the seventh day from arrival.

Cebu Province insists on its customs protocols for arriving OFWs 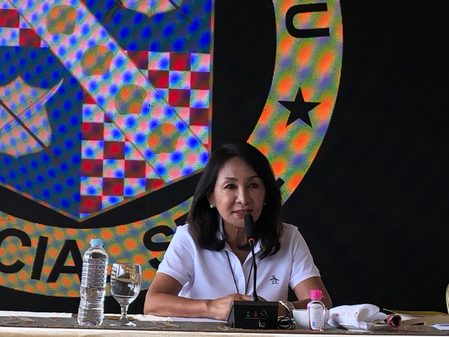 Why was it extended?

Malacañang announced the new order two days after flights resumed at the Mactan airport on January 6, though the memorandum was signed on January 5. Garcia had earlier said that she would order personnel to follow her executive order instead of the IATF protocols.

Garcia also believes that the provincial board’s order is supreme law over the IATF policy.

Malacañang earlier ordered the diversion of flights to Cebu to Manila from May 29 to June 5.

Garcia met with Duterte on May 31, to explain Cebu’s modified health protocols in the hope that he would allow Cebu to continue implementing its own rules.

The country has been under a state of public health emergency since March 2020 to allow the national government to mobilize its power to manage the coronavirus crisis.

Garcia, an administration ally, previously said that her guidelines did not contradict national policies on returning residents but only “innovated” existing IATF rules on testing and quarantine.

While COVID-19 cases are surging in nearby Bohol and Negros Oriental, Cebu’s cases have been relatively under control since March, with hospitals reporting low critical care occupancy rates, not exceeding the 60% “danger zone.”

Cebu province reported 10 new coronavirus cases on Monday night, June 7. This brought its total cases to 15,769 – of which 457 are active. At least 732 have died in the province from the virus, while 14,580 have recovered. – Rappler.com