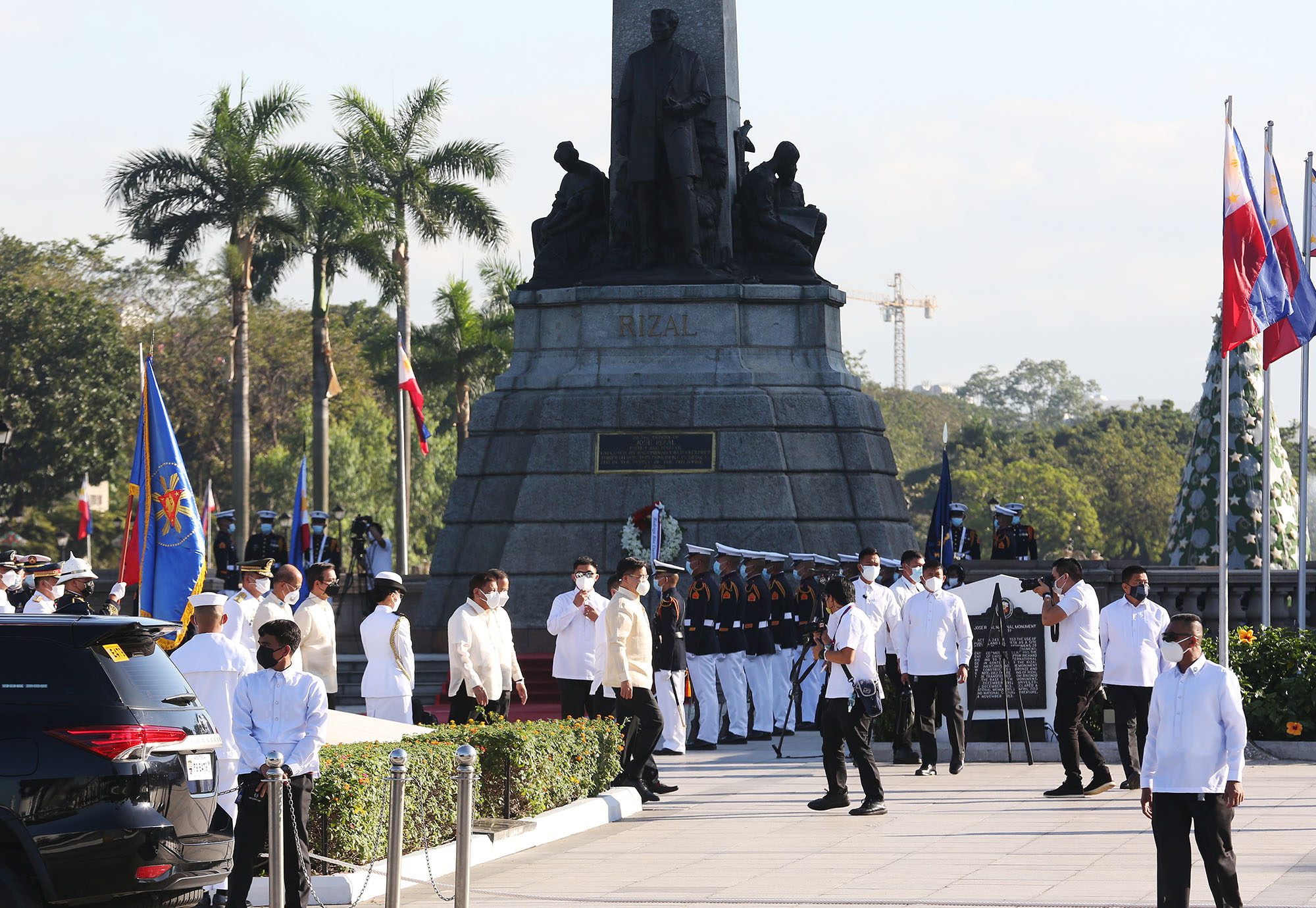 President Rodrigo Duterte leads the flag raising and wreath laying ceremony at the Rizal monument in Manila to commemorate the 125th martyrdom anniversary of the national hero on December 30, 2021.

Facebook Twitter Copy URL
Copied
'Today, as we celebrate the life and works of Dr. Jose Rizal, let us also honor our modern-day heroes who are at the frontlines,' says the President as the country commemorates Rizal Day against the backdrop of a pandemic for the second time 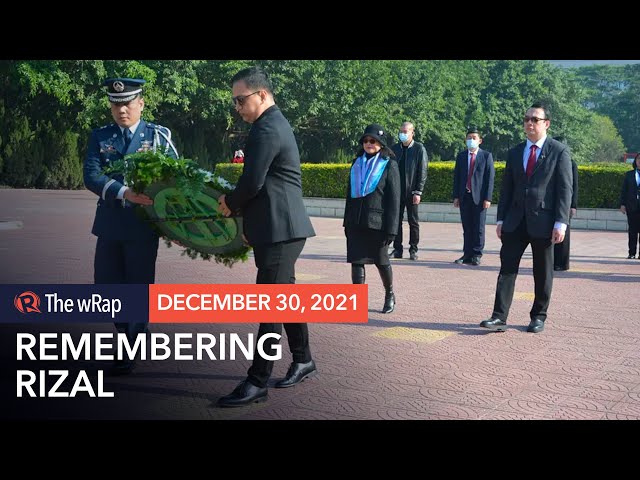 It was the second time for the country to mark Rizal Day against the backdrop of a pandemic.

“Indeed, true heroes give their lives for love of country and of our people. This heroism has become more manifest when the COVID-19 pandemic swept the whole world. People of unmatched boldness and compassion stood and fought against the odds brought by the disease in order to help save lives, even while risking their own,” Duterte said in his Rizal Day message.

“Today, as we celebrate the life and works of Dr. Jose Rizal, let us also honor our modern-day heroes who are at the frontlines. Let us emulate his wisdom and courage in our own simple ways as we pursue a better and brighter future for all,” he added.

The President had dedicated his 2020 message to “brave frontliners who continue to serve the nation in their unique capacities.”

Rizal was only 35 years old when he was executed in Bagumbayan, Manila – what is now Luneta Park – for the crime of rebellion under Spanish colonial rule. He published his famous anti-Spanish colonial era novel Noli Me Tangere at age 25, and its sequel, El Filibusterismo, when he was 30.

Duterte called on Filipinos “to commemorate Rizal’s contribution to our freedom and self-determination.”

“May we continue to honor him by exemplifying patriotism and idealism in all our endeavors as well as by fostering a greater sense of nationalism among the Filipino youth,” he said.

On Thursday morning, Duterte led rites commemorating the 125th death anniversary of the national hero at the Rizal Monument in Manila. It was first time he attended the Manila ceremony in three years, as he skipped the Luneta rites from 2018 to 2020. It was also his final Rizal Day as president, as he is set to step down from office in June 2022.

On Rizay Day in 2018, Duterte went to his hometown in Davao City to rest, as advised by his doctors. In 2019, Duterte led the wreath-laying ceremony at the Rizal Park in Davao City. – Rappler.com