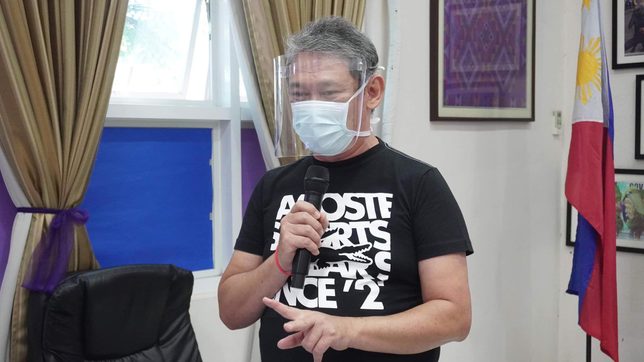 Facebook Twitter Copy URL
Copied
It was, however, unclear exactly where Dr. Jerie Calingasan would be assigned as of posting

The physician who authorized the use of the anti-parasitic drug ivermectin on COVID-19 patients in Misamis Oriental will assume the post as a regional director of the Department of Health (DOH), but it was unclear exactly where he would be assigned as of this posting.

Based on a September 23 appointment from Malacanang, Dr. Jerie Calingasan, Misamis Oriental’s provincial health officer, was supposed to replace Dr. Emilia Monicimpo, but the latter already retired in July.

Dr. Monicimpo was replaced by Dr. Adriano Subaan as DOH director for western Visayas on July 1.

Incidentally, Dr. Subaan was previously the DOH director for northern Mindanao, the same region where Dr. Calingasan served as a provincial health officer before his appointment to the DOH.

Dr. Calingasan told Rappler he was still unaware where he would be assigned as DOH regional director but “ang bakante gyud karon is Region 9 (there is a vacancy in Region 9),” or the Zamboanga Peninsula.

Lawyer Jeffrey Saclot, spokesperson of Misamis Oriental’s COVID-19 interagency task force, said they were hoping that Calingasan would be assigned to northern Mindanao.

A source in the DOH regional office, however, said Calingasan would likely be assigned to Calabarzon.

Calingasan was appointed by President Rodrigo Duterte, a week after the physician authorized the use of ivermectin in all public hospitals under the provincial government of Misamis Oriental.

In a September 15 advisory, Calingasan directed the eight provincial hospitals under the capitol to add the anti-parasitic drug to their COVID-19 treatment protocols.

There are eight public hospitals spread across Misamis Oriental under the capitol.

The advisory detailed how the provincial hospitals are to use the anti-parasitic drug on COVID-19 patients. Calingasan specified the doses and the number of capsules that may be used in treating patients who contracted COVID-19.

Calingasan defended his advisory, citing Duterte’s pronouncement that he was leaving the use of ivermectin to the decision of doctors and COVID-19 patients.

A day after Calingasan’s directive, the DOH in northern Mindanao sent an advisory that cautioned governors, mayors, health officers, hospital chiefs, and health care workers in the region against the use of ivermectin in treating COVID-19 patients.

Dr. Jose Llacuna, DOH director for northern Mindanao, said there was no evidence that ivermectin was effective in preventing or treating COVID-19 infections. – Rappler.com