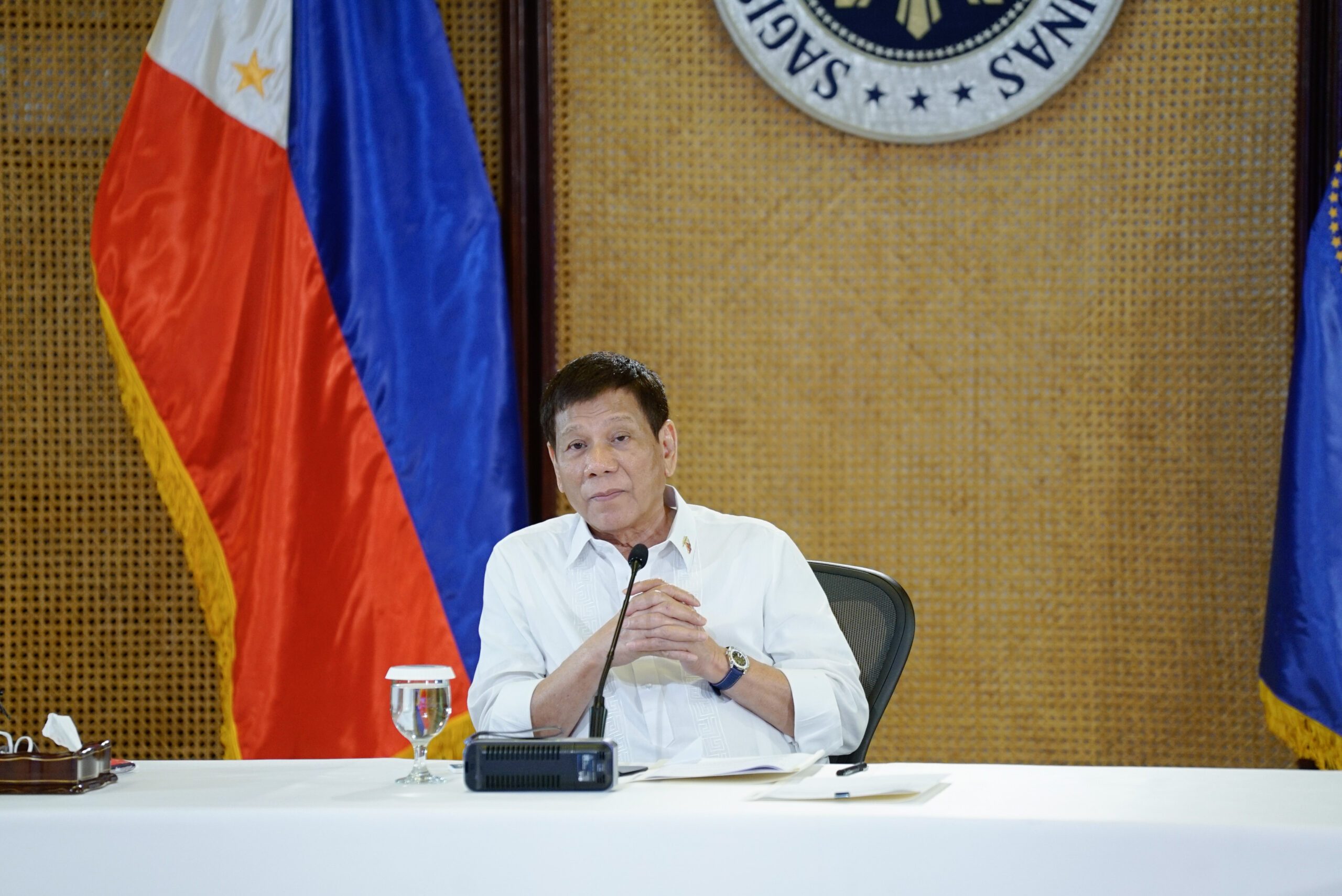 President Rodrigo Roa Duterte talks to the people after holding a meeting with key government officials at the Malacañan Palace on April 5, 2022. KING RODRIGUEZ/ PRESIDENTIAL PHOTO 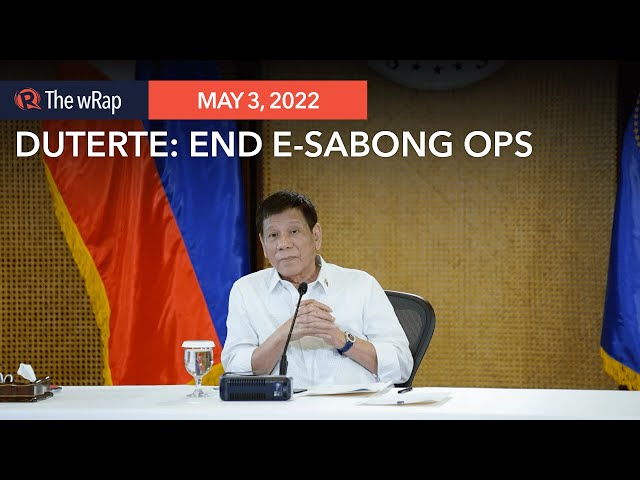 In a recorded speech aired on Tuesday morning, May 3, the President said he had ordered the Department of the Interior and Local Government of Philippines (DILG) to conduct a survey and found the “social impact” of e-sabong worrying.

“The recommendation of Secretary [Eduardo] Año is to do away with e-sabong and he cited the validation report coming from all sources. So it’s his recommendation and I agree with it, it’s good, so e-sabong will end,” he said. 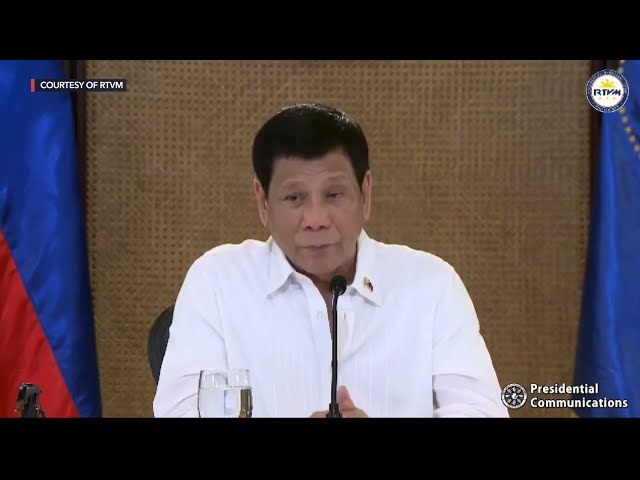 The President said he will leave the details of the order to Año, but insisted it will happen no later than May 3. Malacañang is yet to release the order as of 10 am.

Duterte’s latest pronouncement is a departure from the administration’s previous decision not to suspend e-sabong operations, even if senators, through Senate Resolution No. 996, called for the suspension amid the unsolved disappearances of some people involved in e-sabong.

In a March 8 memorandum, Malacañang instead ordered the Philippine National Police and the National Bureau of Investigation to conduct a “thorough investigation” into the reported disappearances.

Duterte on Tuesday said the government’s previous stand was only based on the economic benefits of e-sabong. Philippine Amusement and Gaming Corporation chairperson Andrea Domingo earlier cited budgetary and economic implications that may come with suspending e-sabong, highlighting that the industry earned at least P640 million monthly since January.

“But may naririnig na ako loud and very clear to me that it was working against our values,” he said. “Iyong impact sa pamilya pati sa tao, ang labas hindi na natutulog ang mga sabungero 24 hours.”

(I’m hearing loud and clear that it’s working against our values. The impact on families and on people, it turns out players are not sleeping for 24 hours.)

Malacañang’s latest stand is in line with that of the Senate, particularly that of Senator Ronald dela Rosa. March 2022 data from the Senate showed that 34 persons involved in e-sabong had been reported missing. – Rappler.com