Duterte places Mega Manila back to GCQ until August 31 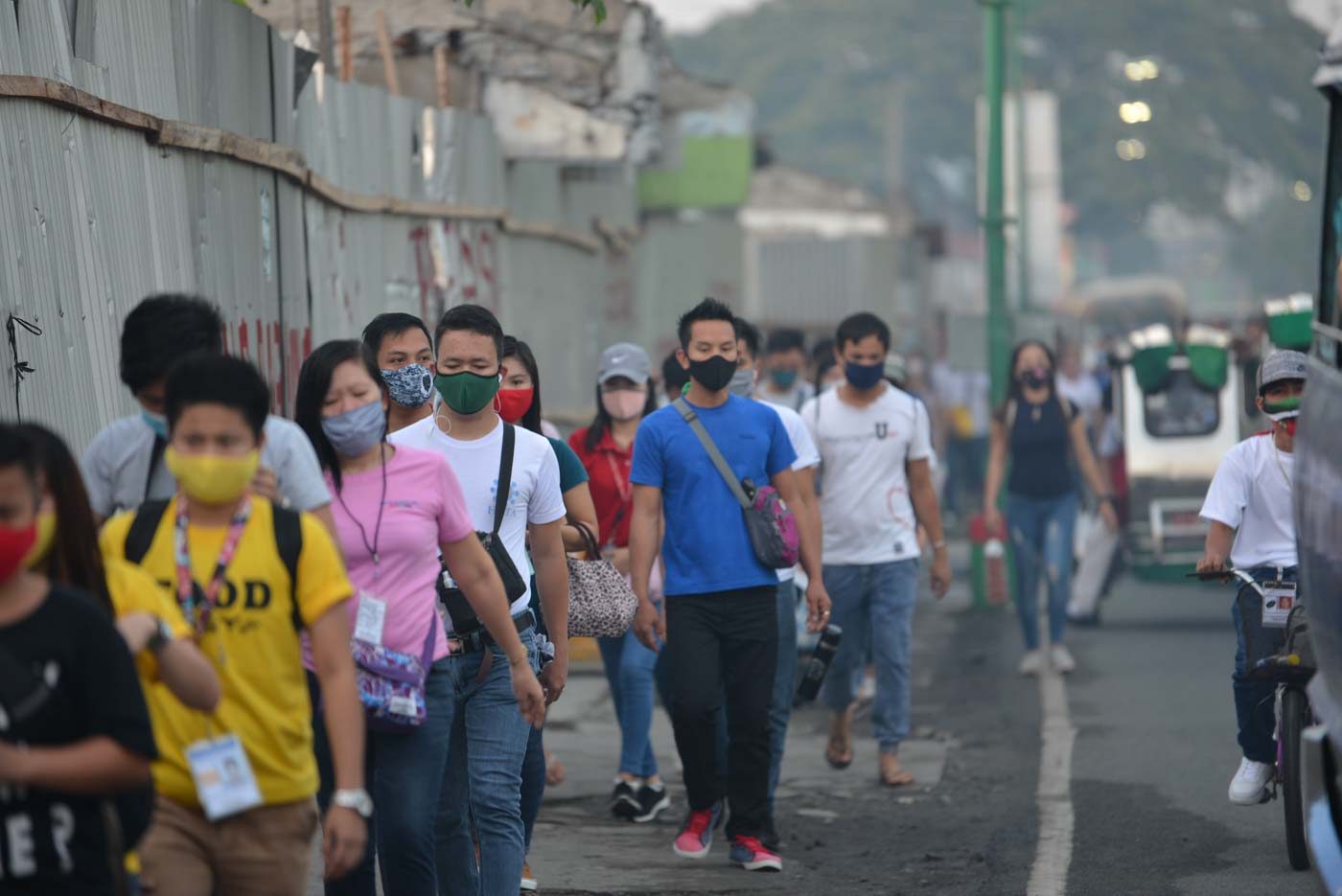 Facebook Twitter Copy URL
Copied
Quarantine restrictions in Metro Manila, Bulacan, Cavite, Laguna, and Rizal are eased again even if the number of new infections continues to increase in these areas 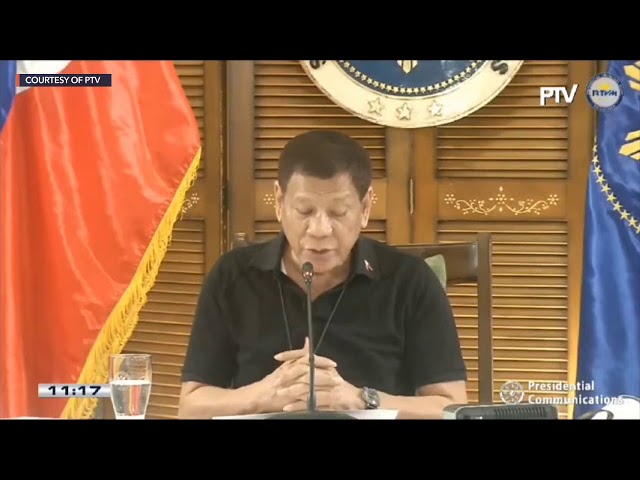 Despite the continued increase of coronavirus cases in the Philippines, President Rodrigo Duterte placed Mega Manila back to a general community quarantine (GCQ) from August 19 to August 31.

“Ang (The ones under) general community quarantine: NCR (National Capital Region), Bulacan, Cavite, Laguna, Rizal,” Duterte said, before mentioning other areas that are already under GCQ.

Other areas that are also under GCQ are Nueva Ecija, Batangas, and Quezon in Luzon; and Iloilo City, Cebu City, Lapu Lapu City, Mandaue City, Talisay City, and the municipalities of Minglanilla and Consolacion in Cebu province in the Visayas.

Meanwhile, the rest of the country is under modified GCQ – the most relaxed form of quarantine.

Duterte’s decision comes as experts studying the pandemic in the Philippines warned cases nationwide may reach 230,000 if Mega Manila is placed under GCQ.

The Octa group of experts had strongly urged the Duterte government to keep Metro Manila and nearby provinces on MECQ “to reverse the surge in these areas.” If MECQ was maintained, they said 210,000 cases may be expected.

The researchers underscored that the surge in cases in Metro Manila was “real” and that “if we lift the MECQ prematurely, we will need to deal with the outbreak in the NCR entering a phase of uncontrolled and very rapid growth.”

The researchers noted the daily number of new cases in the Philippines has increased from some 3,649 new cases from August 2 to 8, to 3,886 in the last week.

The Philippines now has 164,474 total confirmed cases, including 2,681 deaths and 112,759 recoveries. The Department of Health said 86% of the 3,314 new cases reported on Monday also occurred in the last two weeks and that the regions with the most number of new cases were Metro Manila, Calabarzon, and Central Luzon.

Meanwhile, the virus showed no signs of slowing down as the 7-day positivity rate – or share of patients who test positive for the disease – was now at 17% in Metro Manila. The number is far from the the World Health Organization’s recommendation to obtain a positivity rate of 5% or less to control the pandemic. Roque earlier said the debate in the coronavirus task force and Duterte Cabinet has been “intense,” with sides split between those who wished to reopen the economy and those who called for stricter quarantine measures until the virus threat subsides.

Researchers and health experts have repeatedly appealed to the government to see the stricter quarantine restriction as “not an act against the economy.”

“We are faced with a choice not between the economy or public health but between a less or more costly disruption among ordinary Filipinos. Premature lifting of the MECQ could squander our gains and bring us to square one, making our interventions more costly and eroding the trust of the people,” the Octa group said. – Rappler.com