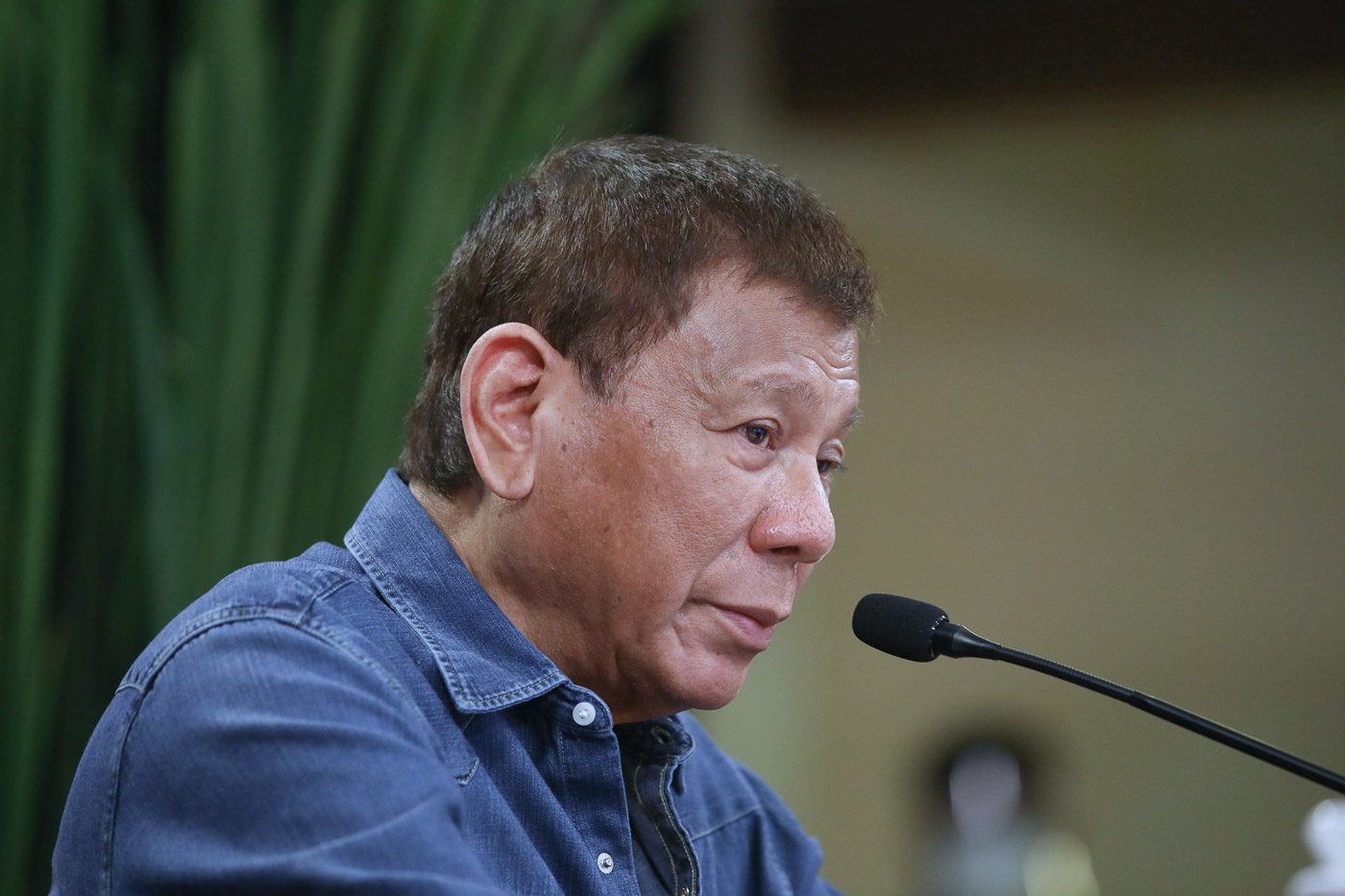 Philippine President Rodrigo Duterte claimed his government cannot release all records from his controversial anti-drugs campaign for scrutiny because it would compromise national security.

In a televised address aired on Monday, May 31, Duterte said records kept by the police and military contain “references” to certain personalities and information that must remain confidential for good reasons.

“Eh national security issue ito eh, kagaya ng NPA. We have records na those who have died, who have derogatory records in our files and may references sila na tao and we cannot divulge it to anybody except the military and police,” said Duterte.

(This is national security issue, like the NPA. We have records of those who have died, who have derogatory records in our files and there are references to people and we cannot divulge it to anybody except the miliotary and police.)

But the government could always redact any specific details from drug war records deemed to compromise ongoing investigations or operations, while still allowing a certain level of scrutiny.

Duterte himself said there were certain aspects of drug war operations that he would have no problem releasing.

“Hindi namin pwede ibigay lahat. You can go into a query of how the battle was fought, how the gunfire started, but sabihin mo what prompted the police or military to go into this operation based on their reports and collated dossier, hindi niyo pwede pakialaman ‘yan,” said the Chief Executive.

(We can’t give everything. You can go into a query of how the battle was fought, how the gunfire started, but what prompted the police or military to go into this operation based on their reports and collated dossier, you can’t meddle with that.)

His remarks came after Interior Secretary Eduardo Año reported during the meeting about drug-related arrests made by the police.

But last Monday, May 24, the Department of Justice said the Philippine National Police has granted them access to 61 investigations into cops who participated in anti-drug operations.

This, however, represents only less than 1% of the 7,884 deaths in official operations since 2016.

‘It’s none of my business’

The President also claimed he was just as clueless as most people about the specific personalities mentioned in “confidential” anti-drug operation records.

“Suppressing drugs and criminality” during his term was Duterte’s most famous 2016 campaign promise. His focus on a drug crackdown has given rise to large intelligence and confidential funds for his office. Meanwhile, critics have slammed Duterte for drug war operations that mostly targeted poor communities and small-time drug peddlers while some big-time suspected drug lords remain at large.

He said he doesn’t ask for details of anti-drug operations and would only be told when “big personalities” were involved.

“But as to how they should be arrested, it’s none of my business actually,” said Duterte.

He invited critics to accompany law enforcers carrying out anti-drug operations to see if cops were following the proper protocols.

Justice Secretary Menardo Guevarra himself told the  United Nations Human Rights Council (UN HRC) that in more than half of the records reviewed of the 5,655 “nanlaban” (resisting arrest) deaths, policemen did not follow protocols.

The willingness of the government to investigate abuses in the drug war is a key factor in the upcoming decision of the International Criminal Court on whether or not to proceed with their investigation of Duterte’s banner program. The ICC is expected to decide on this in the first half of 2021.

Meanwhile, petitions seeking to declare Duterte’s war on drugs unconstitutional have been pending in the Supreme Court for nearly four years, stalled by files submitted by police that do not allow for a proper assessment of relevant anti-drug operations. – Rappler.com