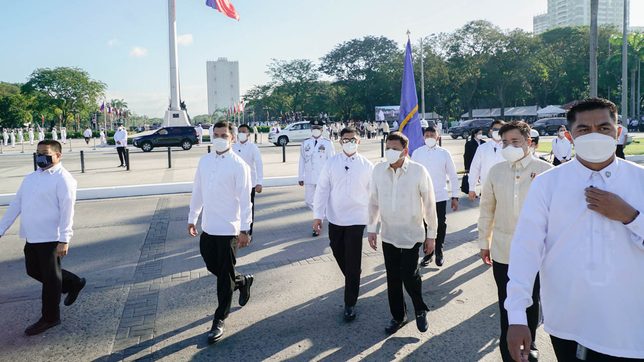 MANILA, Philippines – President Rodrigo Duterte’s security team has not been spared from the recent COVID-19 surge.

At least 15 members of the Presidential Security Group (PSG) have tested positive for the virus, said PSG Commander Randolph Cabangbang on Thursday, January 6.

The personnel, however, have had no recent contact with President Rodrigo Duterte and are thought to have gotten infected during celebrations over the Christmas and New Year holiday, said the PSG chief.

“They are not in any way detailed with the President,” said Cabangbang in a statement.

All 15 are vaccinated and are not yet exhibiting any symptoms.

“This Command, through the PSG Task Force COVID-19, is attending to these personnel in accordance with IATF/DOH protocols,” said the PSG chief.

He gave assurances that the PSG is “fit and able” to protect the President.

Over the holidays, Duterte had been leaving Malacañang to visit areas in Visayas and Mindanao hit by Typhoon Odette. He had led Rizal Day rites in Manila on December 30, then attended the signing ceremony for the law creating the Department for Migrant Workers on the same day. He had also held a hybrid meeting with pandemic task force officials on Tuesday, January 4. – Rappler.com