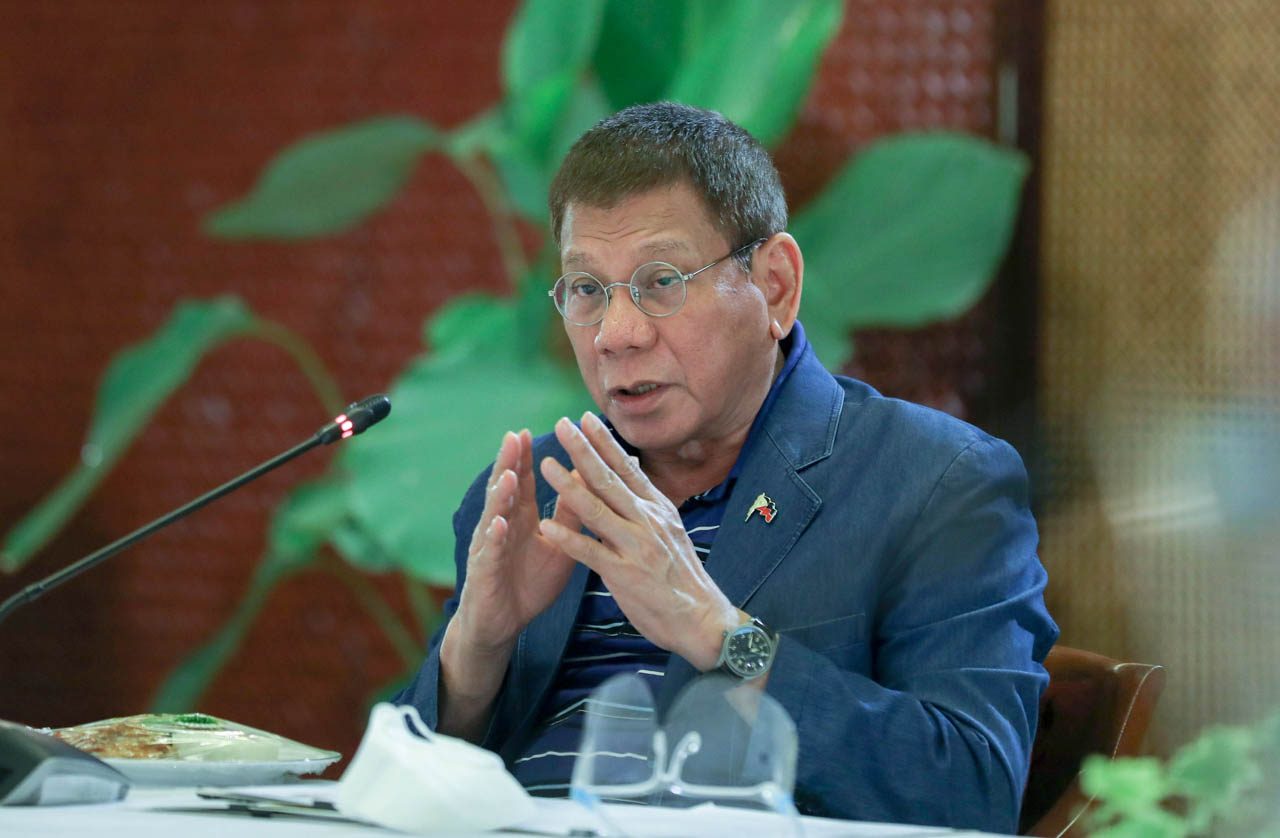 PREPPING FOR NEXT YEAR. President Rodrigo Duterte is expected to sign the 2021 national budget bill into law on December 28, 2020.

President Rodrigo Duterte is scheduled to sign the P4.5-trillion 2021 national budget bill into law on Monday, December 28, according to Malacañang.

The signing of the budget before the end of the year will ensure that there will be no reenactment of the 2020 budget, which was not formulated to address the COVID-19 pandemic.

The Palace has said Duterte will be vetoing certain items in the proposed budget but was not specific.

(There will certainly be a veto message but I’m not at liberty to discuss which items were vetoed.)

A line veto means a rejection of specific provisions or items in the bill, which a President has the power to do for any budget bill.

What’s in the proposed 2021 national budget?

One of the biggest considerations of lawmakers in crafting the budget is funds to counter the pandemic, specifically the roll-out of vaccines.

If signed by Duterte as is, it will set aside P72.5 billion for the purchase of COVID-19 vaccines and other equipment for the government to begin vaccinations among the general population by the second quarter of 2021.

Of this amount, P2.5 billion is lodged under the Department of Health, while P70 billion is under unprogrammed appropriations, dependent upon the availability of government revenues next year. Combined with the P10 billion for vaccines in the Bayanihan to Recover As One Act (Bayanihan 2), the country’s total budget for the COVID-19 immunization program would be P82.5 billion in 2021.

But Senate Minority Leader Franklin Drilon had earlier raised concerns that there is no assurance that the government would have the P70 billion in vaccine funds because it is dependent on the government having excess tax collection.

“All of us are unclear how we will fund the P70 billion unprogrammed funds because, I’m sorry to say, what you enumerated as excess collection, given the pandemic – there is no excess in collection,” he had said.

But Senator Sonny Angara had said the Department of Finance cited a high probability that there would be enough non-tax revenues or excess collections.

The 2021 GAB also contains a P19.1 billion budget for the National Task Force to End Local Communist Armed Conflict (NTF-ELCAC), a sum that worried progressive lawmakers and human rights activists because the task force has been behind fierce red-tagging of government critics.

Bayan Muna Representative Eufemia Cullamat said this proposed NTF-ELCAC budget should have been set aside for other sectors in dire need of more funds.

The 10 agencies that would receive the highest allocations under the proposed 2021 national budget are as follows: