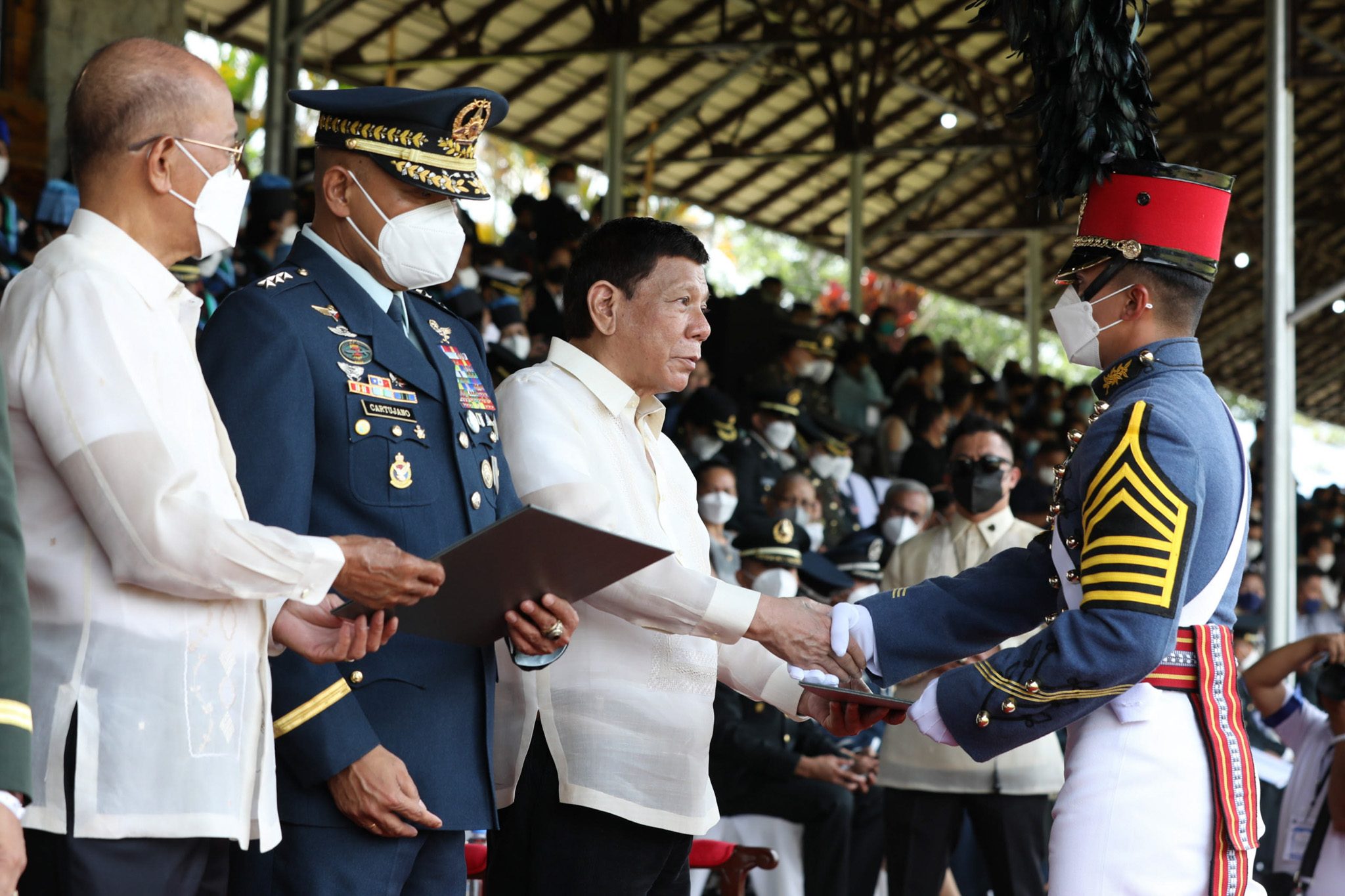 PMA GRADUATION. President Rodrigo Roa Duterte presents a diploma to one of the 214 graduating cadets of the Philippine Military Academy (PMA) 'Bagsak Diwa' Class of 2022 during the commencement exercises at the Fajardo Grandstand, Borromeo Field in Fort Gen. Gregorio H. del Pilar, Baguio City on May 15, 2022. 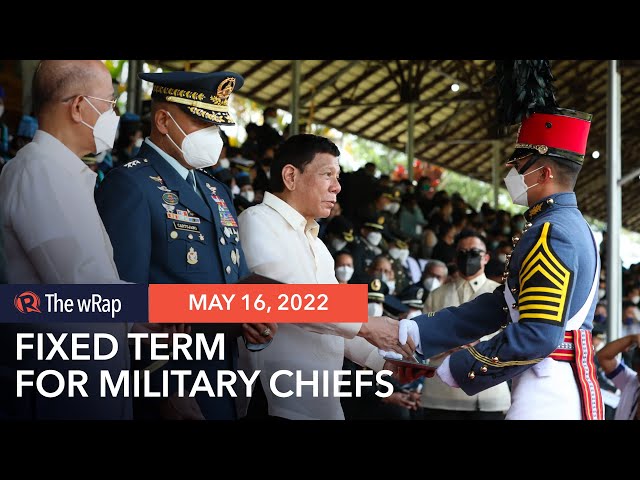 MANILA, Philippines – Philippine President Rodrigo Duterte has signed into law a measure that ensures the Armed Forces of the Philippines (AFP) chief of staff will serve for three years, ending a “revolving door” policy that gave rise to military chiefs serving for only a few months before mandatory retirement.

Republic Act No. 11709, signed by Duterte on April 13, intends to strengthen the merit system of the AFP and ensure continuity of programs and policies. One of its most important provisions is the creation of fixed terms for its key officers.

The following officers will now have fixed terms of three years, regardless of age and unless their appointment is “terminated sooner by the President”:

The superintendent of the Philippine Military Academy, meanwhile, has been given a fixed term of four years, regardless of age.

President Duterte was known for appointing military chiefs who would serve only for a few months, which his own defense secretary, Delfin Lorenzana, said was a bad practice that led to the military to “lose its direction.”

The current AFP chief, Lieutenant General Andres Centino, will serve until February 2023, much longer than his most recent predecessors appointed by Duterte.

General Jose Faustino Jr., whom Centino replaced, served for only four months (July to November 2021). Before him there was Cirilito Sobejana who was chief of staff for six months (January to July 2021). He replaced Gilbert Gapay who served for five months (August 2020 to January 2021).

The revolving door in the military heirarchy under Duterte has led to this administration having 11 chiefs of staff in his six-year term, rivaling Gloria Macapagal-Arroyo who had the same number of military chiefs, but in a span of nine years.

The military added that the new policy would also make the AFP more efficient.

“This shall make the AFP a more efficient and effective organization and will contribute to the realization of our vision of a more credible Armed Forces which is a source of national pride.” – Rappler.com