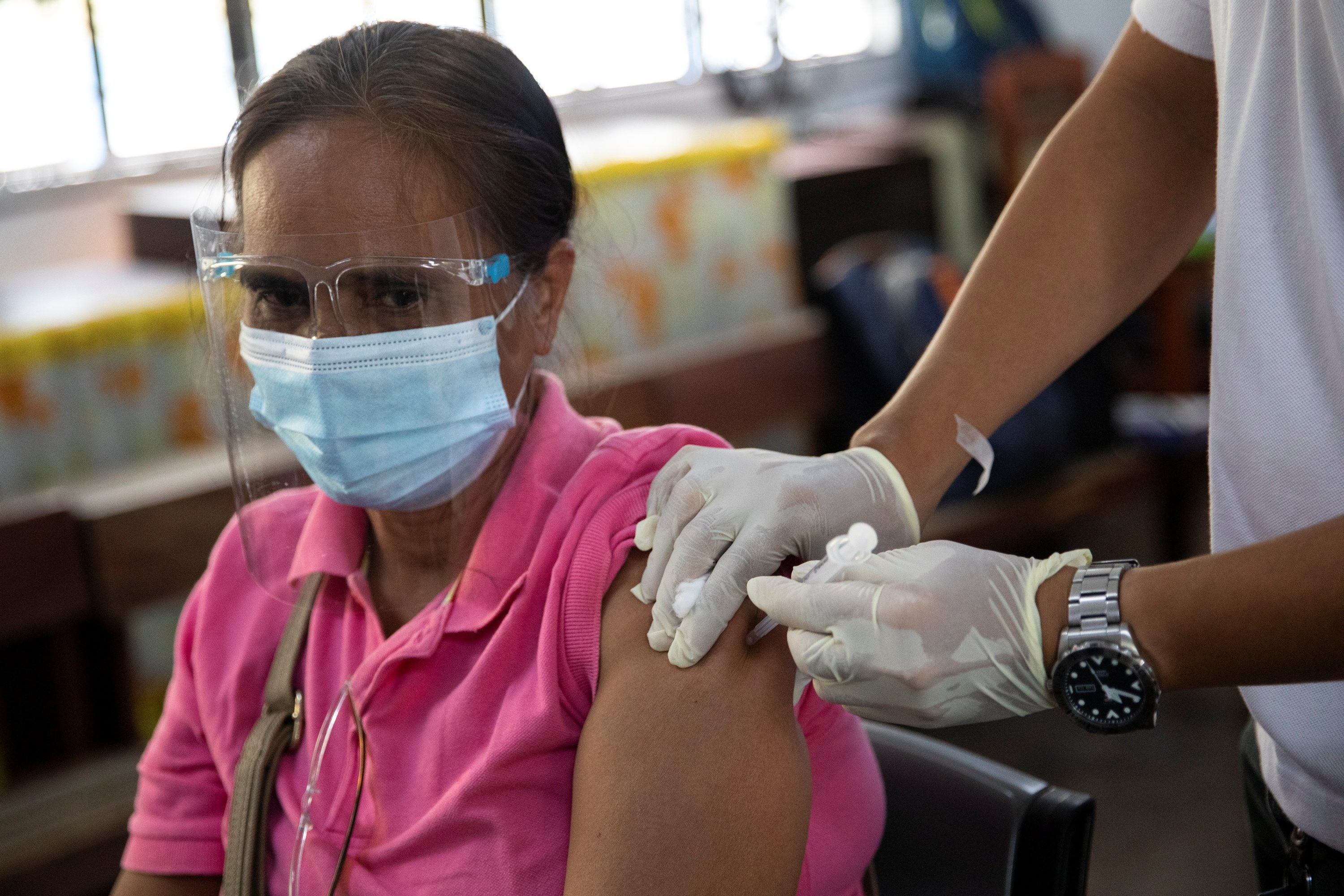 PREPARING FOR VACCINES. A woman participates in a simulation for COVID-19 vaccination in preparation for its arrival, at an elementary school turned vaccination command center in Pasig City.

Philippine President Rodrigo Duterte has signed into a law a bill meant to hasten the procurement of COVID-19 vaccines and create an indemnity fund to be used for individuals who may experience adverse consequences from an anti-coronavirus jab.

Malacañang, on Friday, February 26, confirmed Duterte approved the law, now known as the COVID-19 Vaccination Program Act of 2021 (Republic Act No 11525). Duterte earlier certified the legislation as urgent, speeding up its ratification by Congress.

“We are confident that the signing of this landmark piece of legislation would expedite the procurement and administration of vaccines for the protection against COVID-19,” said Presidential Spokesperson Harry Roque.

The measure creates a P500-million COVID-19 National Vaccine Indemnity Fund to be administered by the Philippine Health Insurance Corporation (PhilHealth). It will be sourced from the Contingent Fund under the P4.5-trillion 2021 national budget.

The fund will be valid until the President decides there is no need for the it.

The law provides immunity from liability for representatives of private entities, public officials and employees, contractors, and volunteers.

But it does not provide immunity from complaints arising from misconduct and gross negligence, a clause which vaccine czar Carlito Galvez Jr has told Duterte is necessary to protect the government and Filipinos from any malpractice of vaccine manufacturers.

Galvez had said Pfizer required the law as a condition for finalizing the government’s orders of its vaccines. Lawmakers had been frustrated that Duterte pandemic officials did not inform them of this early on. Galvez had said they too were supposedly informed late about the requirement.

The issue on indemnification led to a delay in the delivery of Pfizer vaccines, which had initially been projected to be the first vaccines to arrive in the country.

The law provides “legal cover” for local government units to purchase vaccines and related equipment and resources by themselves.

Mayors had been concerned with procurement rules that appeared to bar government from paying more than 15% of the price of a good when making an advance purchase.

But some lawmakers, like Minority Floor Leader Franklin Drilon, said that current laws allowed payment of more than 15% for emergencies like the pandemic.

For good measure, Duterte had also issued a Memorandum Order allowing local governments to pay more than 15% of advance market commitments, payments required by vaccine manufacturers in order to reserve a supply of vaccines for cities or provinces.

The new law comes two days before the expected arrival of the country’s first COVID-19 vaccines – 600,000 doses of the Sinovac vaccine donated by the Chinese government.

The Duterte government is yet to announce any signed supply agreements, the final step to secure doses from manufacturers. – Rappler.com