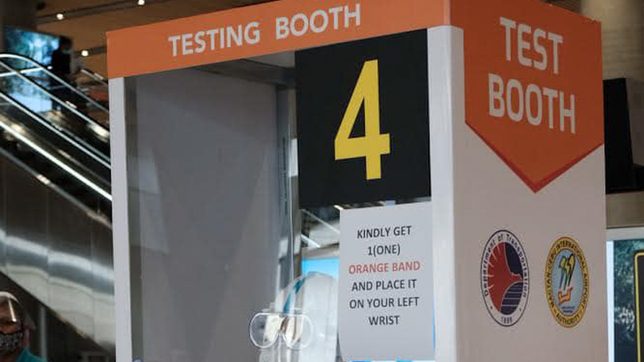 “The President has decided that the IATF protocols must be implemented by Cebu province,” Secretary Harry Roque said in his statement. “The last extension was just a preparation for full implementation of that decision.”

Roque was referring to the extension on a directive Malacañang made to divert international flights bound for Cebu to Ninoy Aquino International Airport (NAIA) in Manila.

The extension of the memo had lapsed on Saturday, June 12, with international arrivals resuming at MCIAA the following day.

An executive order by Cebu Governor Gwendolyn Garcia and an ordinance of the provincial board instructs local government personnel to require RFs and OFWs to go on hotel quarantine for a period of only two to three days, with swabbing upon arrival.

The current national policy, however, mandates a 10-day quarantine and swabbing on the seventh day from arrival.

When Roque was asked if Duterte was angry with Garcia, a political ally, for not following the Palace’s orders, the spokesperson said he did not believe the President was upset.

“In the meeting I did not sense any such emotion from the President,” Roque said. “There was in fact an understanding over the issue of humanity as far as the 10-day quarantine period for OFWs is concerned, and there is of course the reality that Cebu province has been under MGCQ for the past 10 days,” he added.

Garcia and other local government and health officials from Cebu met Duterte in the capital on May 31 to make their case for the island province’s custom protocols.

As to whether the President sees Garcia’s refusal to heed Duterte’s order as an “affront” to his administration, Roque said, “I do not know and I leave this matter to the Department of Interior and Local Government (DILG).”

Local reporters asked the Central Visayas DILG for their reaction but they have not yet issued a statement as of this writing.

The OFWs who arrived on Sunday were processed according to Cebu’s “custom” protocols and not the national guidelines.

“I was there in the MCIAA this afternoon to receive the arriving passengers and conducted orientation re [the] EO (executive order) of [the] province,” Loreche told media through Viber.

“I was touched by the reaction of those for One Cebu – they were elated and proud to be coming home to One Cebu. Those from other places? They were sad and envious,” she added.

Garcia and Presidential Assistant for the Visayas Secretary Mike Diño declined to comment when local media asked for their reaction to Malacañang’s announcement on the enforcement of national protocols in MCIA.  – with reports from Pia Ranada/Rappler.com