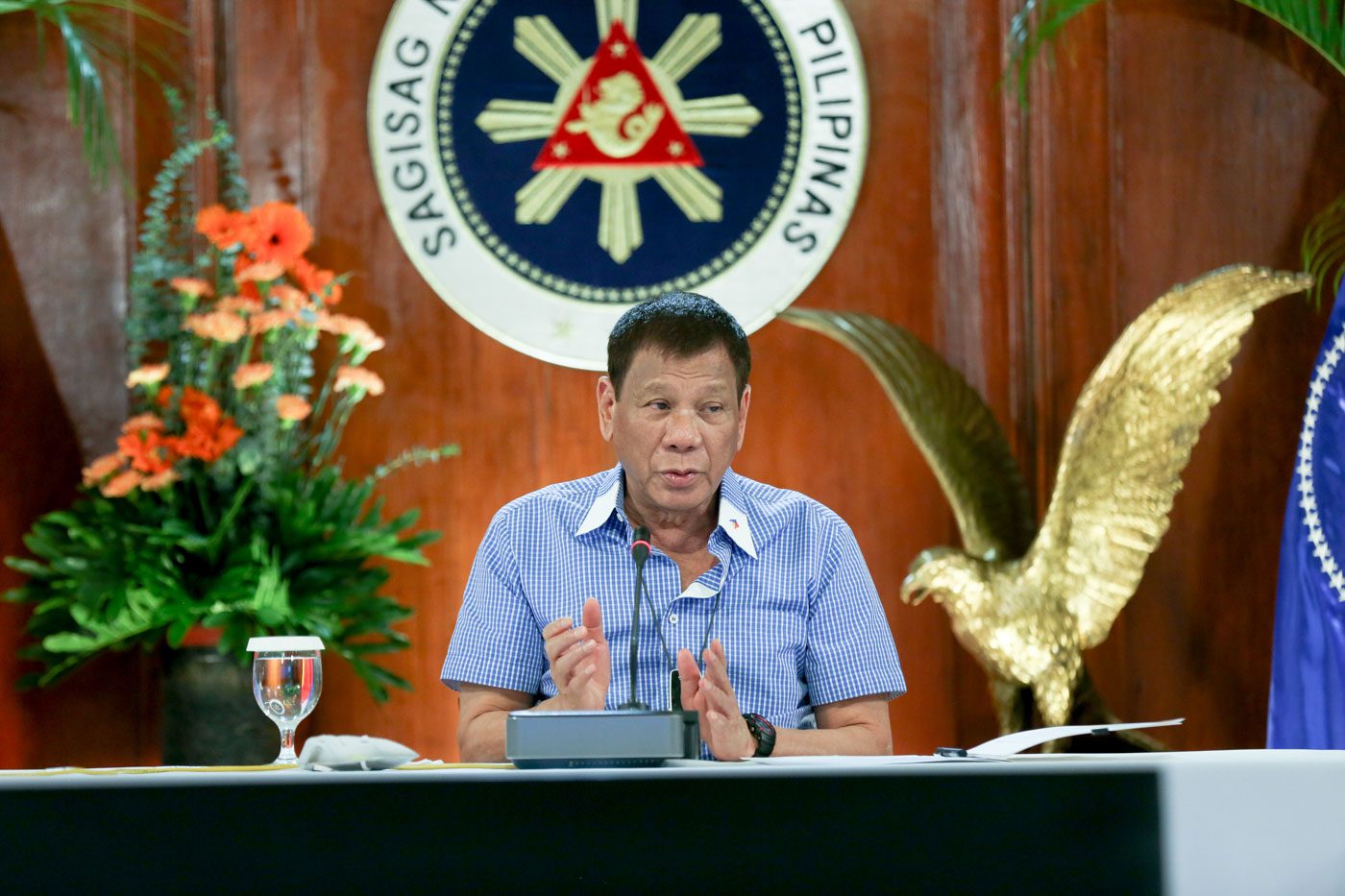 President Rodrigo Roa Duterte talks to the people after holding a meeting with the Inter-Agency Task Force on the Emerging Infectious Diseases (IATF-EID) core members at the Malago Clubhouse in Malacañang on July 15, 2020. Malacañang photo

Facebook Twitter Copy URL
Copied
If the President does unveil a plan, he'll be sending a message to Congress that economic recovery from the pandemic will be his government's focus for the next 12 months

“I think there’s no other problem as big as [COVID-19] right now and you imagine that the upcoming State of the Nation Address will discuss the pandemic in much detail but I think the difference will be he’ll be presenting a roadmap for recovery,” Presidential Spokesperson Harry Roque said in a CNN Philippines interview on Wednesday.

“If you’ve noticed, the economic team has not unveiled [the plan] yet and I think the reason is they want to unveil it in the SONA itself and many fora after the SONA,” added Roque.

An economic recovery plan is much anticipated by millions of Filipinos who lost income and jobs due to the coronavirus health crisis and the steps the government took in an attempt rein it in. (READ: Coronavirus drives Philippines towards recession as Duterte’s 4th year ends)

Duterte’s 5th SONA on Monday, July 27, takes place at a time when coronavirus cases in the country have been rising by over a thousand each day. The specter of a backslide into another lockdown looms for the nation’s virus-hit capital region, Metro Manila.

The Philippine economy shrunk for the first time in 22 years during the first quarter of 2020 due to the pandemic and unemployment soared to an all-time high of 17.7% in April.

The labor department predicted in May that as many as 10 million Filipinos could lose their jobs due to the crisis.

Economic recovery packages are still in the early stages in the legislative branch, making Duterte’s expected unveiling of a plan during SONA critical and significant.

SONAs are a President’s way of informing the Senate and House of Representatives of laws he wants prioritized for the next 12 months. Laying out an economic recovery plan sends the message to lawmakers that uplifting the country from the mire of the pandemic should be their focus too.

Only the House has so far passed an economic stimulus package, called the Accelerated Recovery and Investments Stimulus for the Economy of the Philippines (ARISE Philippines).

The P1.3-trillion package will fund job-generating infrastructure projects, financial assistance to businesses from 2020 to 2023, wage subsidies and cash-for-work programs for displaced workers, and zero-interest loans for companies, among others.

Another COVID-19-related legislative measure is the Bayanihan to Recover As One bill or Bayanihan 2, which was not passed on final reading by the House or the Senate before they adjourned in early June.

The proposed measures seek to appropriate billions for test kits, assistance to labor, transportation, tourism, and agriculture sectors, and capital infusion into government financial instruments, among others.

The Senate version provided P140 billion, abiding by the cost cap of Duterte’s own economic team, while the House version was worth P162 billion. – Rappler.com