Duterte under quarantine after exposure to COVID-19 positive staff 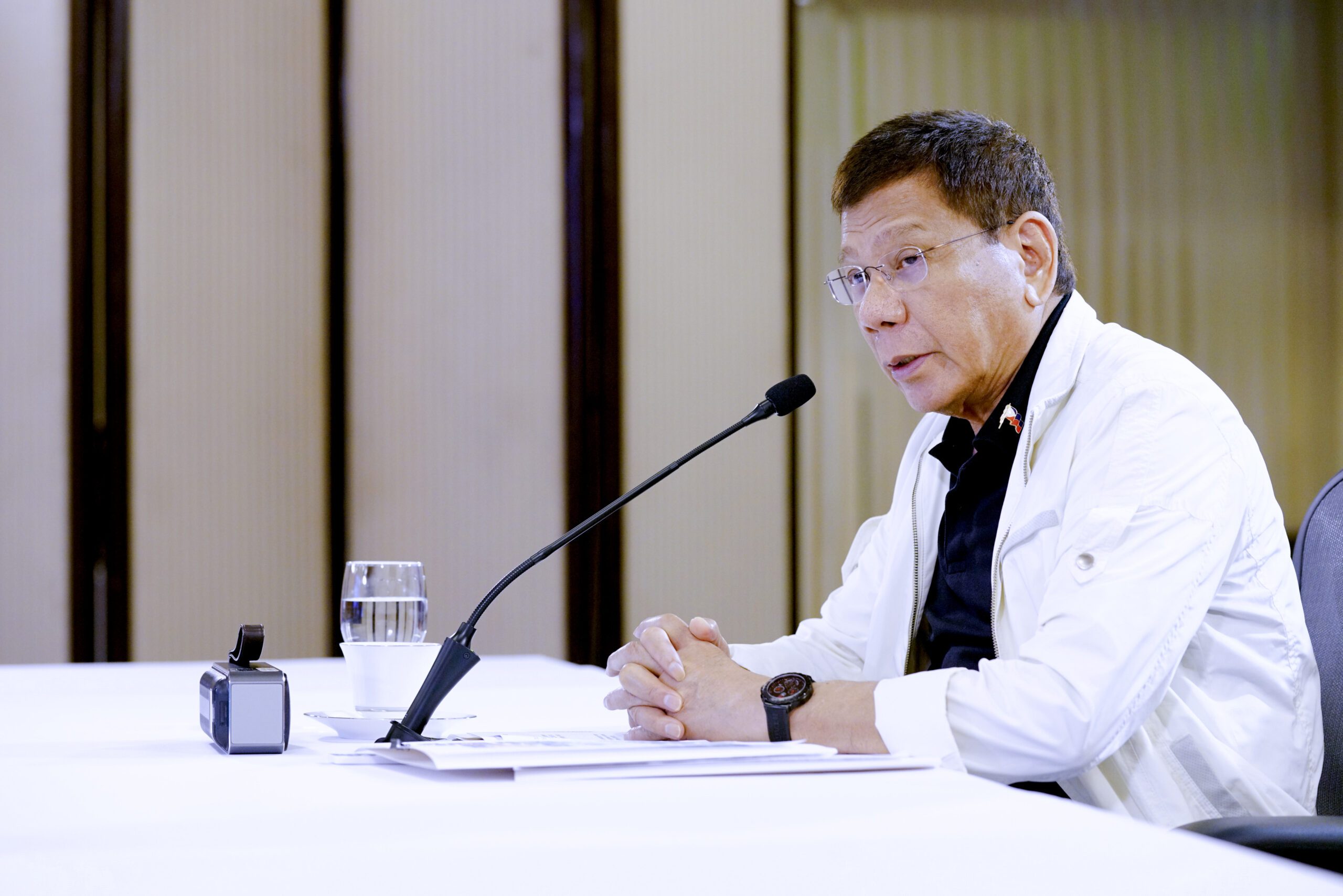 MANILA, Philippines – President Rodrigo Duterte has been exposed to a household staff member who tested positive for COVID-19 and is under quarantine, said Malacañang on Thursday, February 3.

“The President has since been tested for COVID-19, and while the results of the test came back negative, he is currently observing mandatory quarantine protocols,” said Cabinet Secretary Karlo Nograles in a statement.

Duterte continues to work even while on quarantine and is “in constant communication with the members of the Cabinet in order to ensure that urgent matters are addressed,” added Nograles.

Rappler has asked Nograles about the whereabouts of the President, if he is in Malacañang or in his private home in Davao City.

According to Nograles, Duterte’s “last day of exposure” to his infected staff was on Sunday, January 30. He got an RT-PCR test the next day, Monday, with the result showing he was negative for COVID-19. He got tested again on Tuesday, a test which still came out negative.

The Palace also confirmed on Thursday that President Duterte had recently been to Cardinal Santos Medical Center in San Juan, but said it was just for his “routine medical check-up.” The San Juan hospital has been the Chief Executive’s go-to hospital since the start of his administration, and even as mayor during visits to Manila.

Nograles has not yet responded to Rappler’s query on when Duterte made his visit to the medical facility.

Palace reporters had asked Malacañang about the President’s whereabouts after being told that he would not be having his usual “Talk to the People” meeting this week. Duterte has religiously held these weekly meetings, except during holidays, since the pandemic began.

Duterte, at 76, is vulnerable to severe symptoms of COVID-19. He has admitted to a slew of ailments and even said back in 2018 that his doctors found a growth in his stomach area that supposedly yielded samples that were negative for cancer.

The President has received a COVID-19 booster shot, a dose from Sinopharm, though the Palace has not said when he got the shot. – Rappler.com