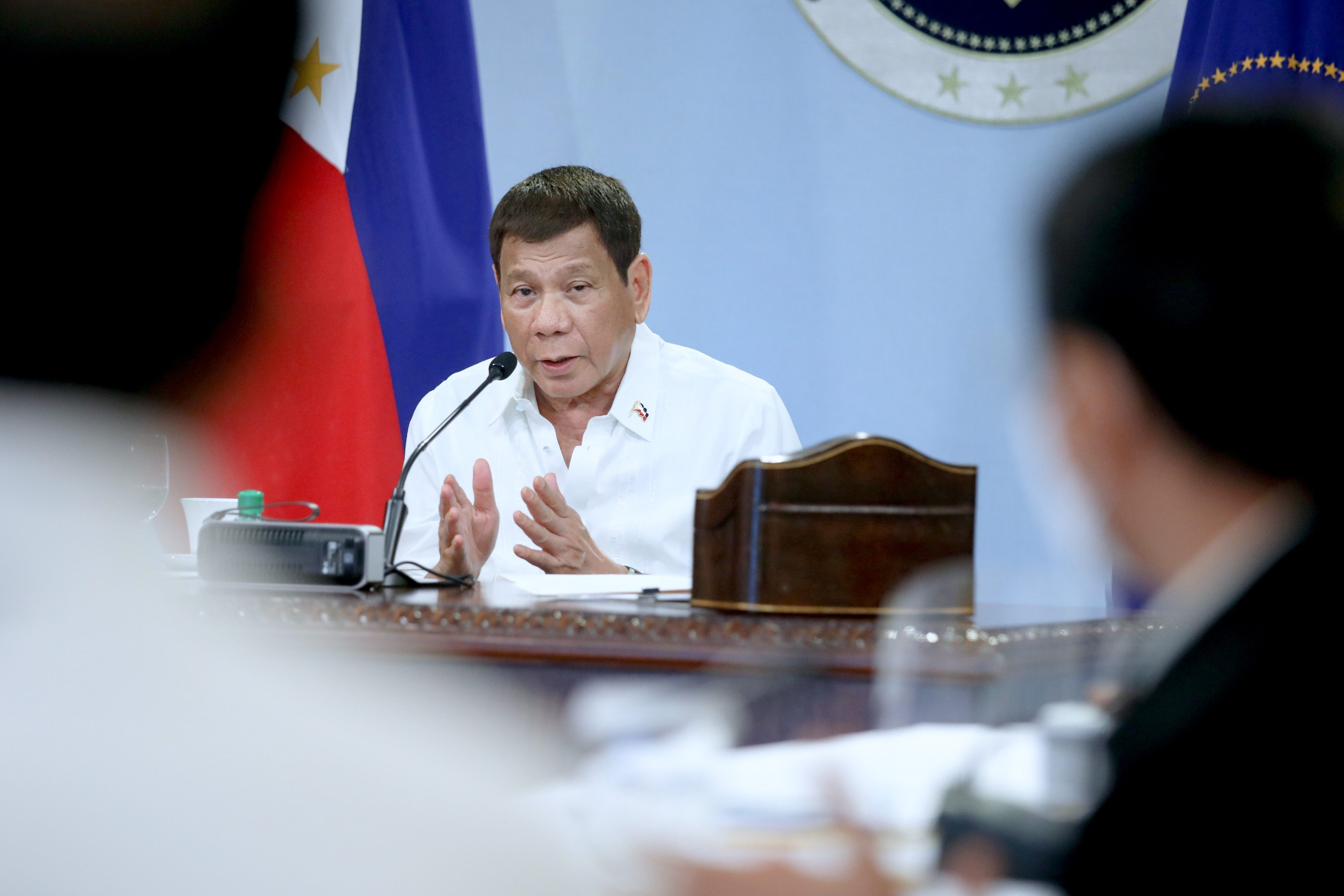 President Rodrigo Roa Duterte talks to the people after holding a meeting with the Inter-Agency Task Force on the Emerging Infectious Diseases (IATF-EID) core members at the Malacañang Golf (Malago) Clubhouse in Malacañang Park, Manila on May 31, 2021. RICHARD MADELO/ PRESIDENTIAL PHOTO

Philippine President Rodrigo Duterte appealed to the public on Wednesday, June 2, to get vaccinated against COVID-19, after data showed the government was far behind its immunization targets as it battles one of Asia’s worst and longest-running outbreaks.

“I invite all our countrymen to be vaccinated at the earliest possible opportunity because this is the most, if not the only way, effective way, to defeat the COVID-19 pandemic,” Duterte said in a televised address.

“Let us all keep in mind that the vaccine will not only protect you from the virus, it will also protect your loved ones, especially the sick and elderly.” John Wong, a data analyst on the government’s coronavirus task force, said that in the three months since early inoculations started, just 14% of senior citizens and 8% of people with health conditions had received first doses of a vaccine, short of the 21% target.

“Some people want the vaccine but cannot access it. We need to address access issues,” Wong said.

And Wong said only half of the 2.1 million people eligible for a second dose had come back to receive it.

“We need to follow up on this,” he added.

The Philippines has logged 1.24 million cases and 21,158 deaths since its first domestic infections in March last year.

The over 50s were the worst hit, accounting for more 81% of deaths, Wong said. Carlito Galvez, the former general in charge of vaccine procurement, expects a steadier flow of vaccine supply from this month onwards.

The Philippines is set receive nearly 10 million doses of vaccines of various brands in June, which would allow for 1.5 million shots to be administered weekly, he told ANC news channel.

In the seven days to May 30, an average of 144,402 doses were administered daily, health ministry data showed. – Rappler.com