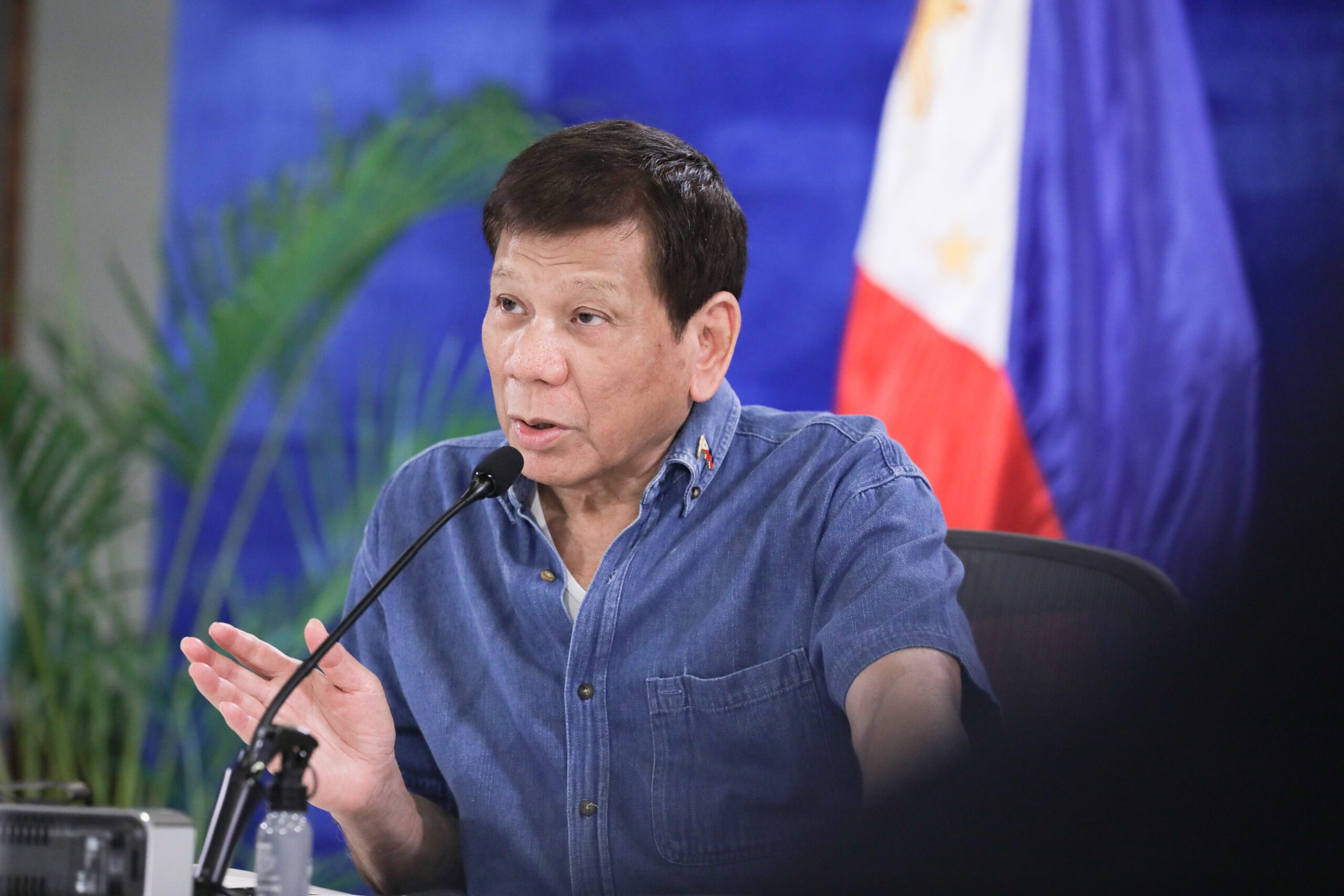 Facebook Twitter Copy URL
Copied
The measure, envisioned to fight disinformation and trolling, among others, is found wanting by President Rodrigo Duterte

MANILA, Philippines – Citing concerns about free speech and data privacy, President Rodrigo Duterte vetoed a bill that would have required individuals to register their ownership of a SIM card and use their real names when creating social media accounts.

“The President has decided to veto the consolidated Senate Bill No. 2395/House Bill No. 5793, which seeks to mandate the registration of all SIM cards and social media accounts, with the purpose of deterring electronic communication-aided crimes,” Acting Presidential Spokesman and Presidential Communications Secretary Martin Andanar said in a statement on Friday, April 15.

The proposed measure would have required public telecommunication companies to require anyone who wants to buy and use a SIM card to first register their name before the card can be activated. Those who already own a SIM card would be required to register their name with the relevant telco firms in 180 days. Failure to do so would mean deactivation of their SIM card.

The bill would have also required anyone creating a social media account to use their real name and phone number.

Senator Grace Poe, who had sponsored the bill as the Senate committee on public services chairperson, had said the measure was intended to “eradicate mobile phone, internet or electronic communication-aided criminal activities” and create a “safer and more secure” mobile-use and cyber space in the country.

It was also seen to guard against terrorism, text scams, and bank fraud.

The President’s main problem with the enrolled bill was the part about requiring the registration of real names for social media accounts.

“The President noted that the inclusion of social media providers in the registration requirement was not part of the original version of the bill and needs a more thorough study,” said Andanar.

It is true that the earlier Senate version, Senate Bill No. 2395, only dealt with SIM card registration, not social media registration.

Duterte thinks the provisions on social media registration were “not duly defined, discussed, or threshed out” in the bill he was asked to sign.

“The President similarly found that certain aspects of state intrusion, or the regulation thereof, have not been duly defined, discussed, or threshed out in the enrolled bill, with regard to social media registration,” said Duterte’s spokesman.

Thus, said Andanar, Duterte was “constrained to disagree with the inclusion of social media in the measure,” fearing the provisions, as they stand, “may give rise to a situation of dangerous state intrusion and surveillance threatening many constitutionally protected rights.”

The safeguards in the vetoed bill include penalties for breach of data privacy laws. In the Senate version, for instance, there is a P200,000-penalty for the telco firm, employee, agent or reseller who discloses information of a subscriber.

Information from SIM card registration is also treated as confidential and will only be disclosed with the written consent of the subscriber, upon order of a court, or written request of a law enforcement agency after the determination that there is reasonable ground to believe that the number was used to commit a crime. – Rappler.com