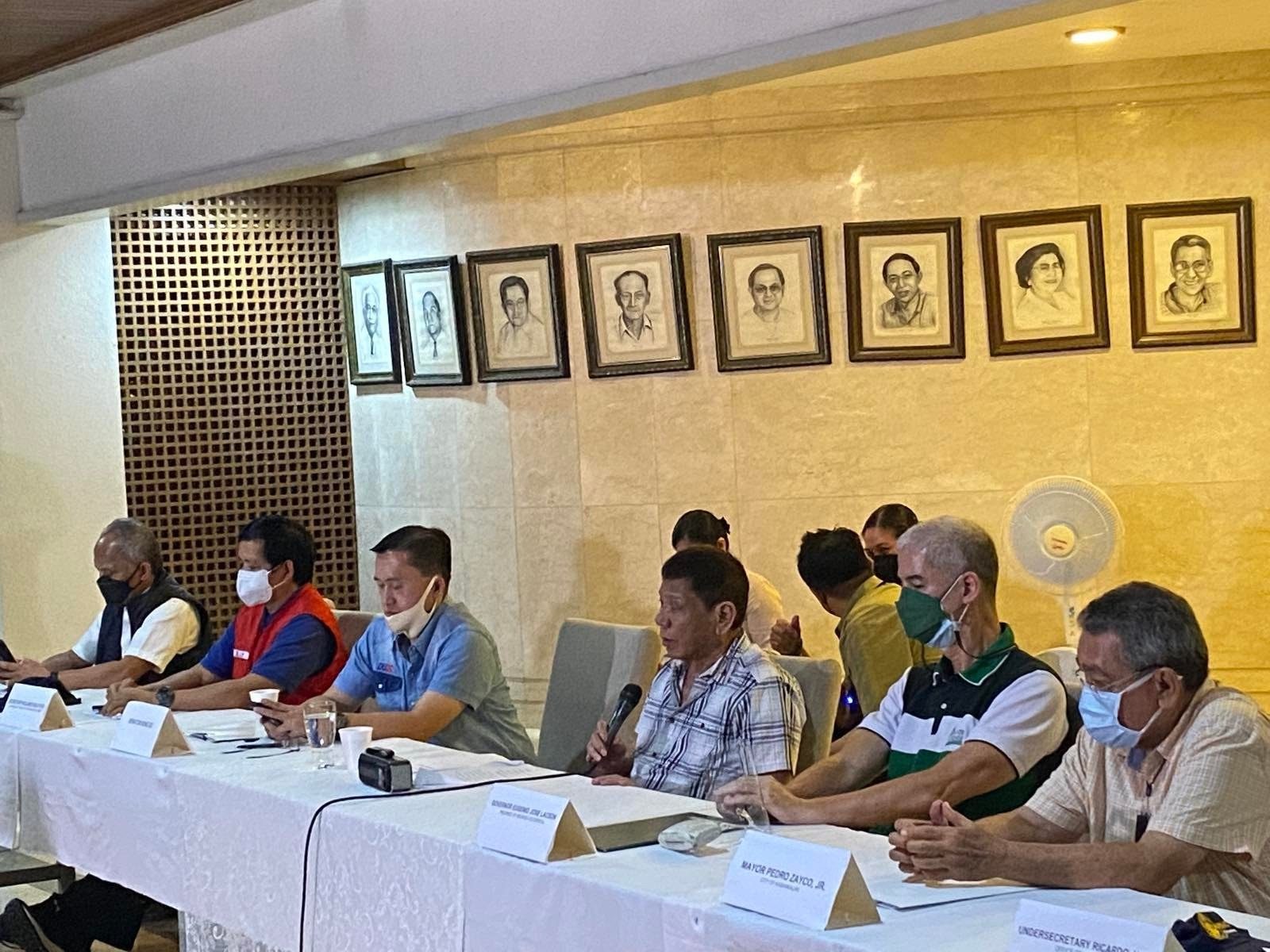 BACOLOD CITY, Philippines – President Rodrigo Duterte and some Cabinet officials visited Negros Occidental on Monday, December 20 to ask local chief executives of the province and neighboring Negros Oriental what their communities needed to recover from the impact of Typhoon Odette.

“The President was evidently serious in his effort to help Negros Occidental that he brought the secretaries of the different departments concerned with the varied needs,” said the governor who declared a state of calamity earlier in the day.

Duterte told local officials that he has ordered the release of uniform financial assistance of P2-billion each to all affected provinces.

That is less than half of Negros Occidental’s P4.45-billion damage in agriculture. Typhoon Odette hit as rice crops were almost ready for harvest, the Half of the province’s sugarcane crop, the foundation of the local economy, were also awaiting harvest.

Negros Occidental has reported 38 deaths from Odette, the destruction of 3,764 houses and damage to 16,477 other houses. Its summary of damage and needs, released on December 20, hit almost P6 billion.

The Negros Oriental Provincial Disaster Risk Reduction Management Office on Monday placed the number of casualties at 50, up from the 41 reported by the provincial police office on Sunday. The province  has not yet released a summary of damage.

Bautista said the DSWD has already sent the province 10,300 family food packs worth P5.7 million as of December 20. Duterte led the ceremonial distribution of family food packs, repair kits, and hygiene kits after the meeting.

Despite the presence of Duque and Go, Lacson said “the issue of health infra was not brought out.”

Duque earlier told reporters that Cabinet secretaries would “look into the delivery of assistance, the relief goods, medical supplies and other health-related supplies.”

“We will check on the electricity , fuel, and other important supplies for immediate rehabilitation of severely-affected areas,” he added.

Asked if the DOH would put up temporary hospitals in the worst-hit areas, Duque said “that’s a possibility, but we will have to assess the extent of the damage.”

If the damage is not that serious, he added, “we can do a quick repair to make them immediately operational”.

Negros Occidental placed damage to health at P13.6 million, but did not give a breakdown.